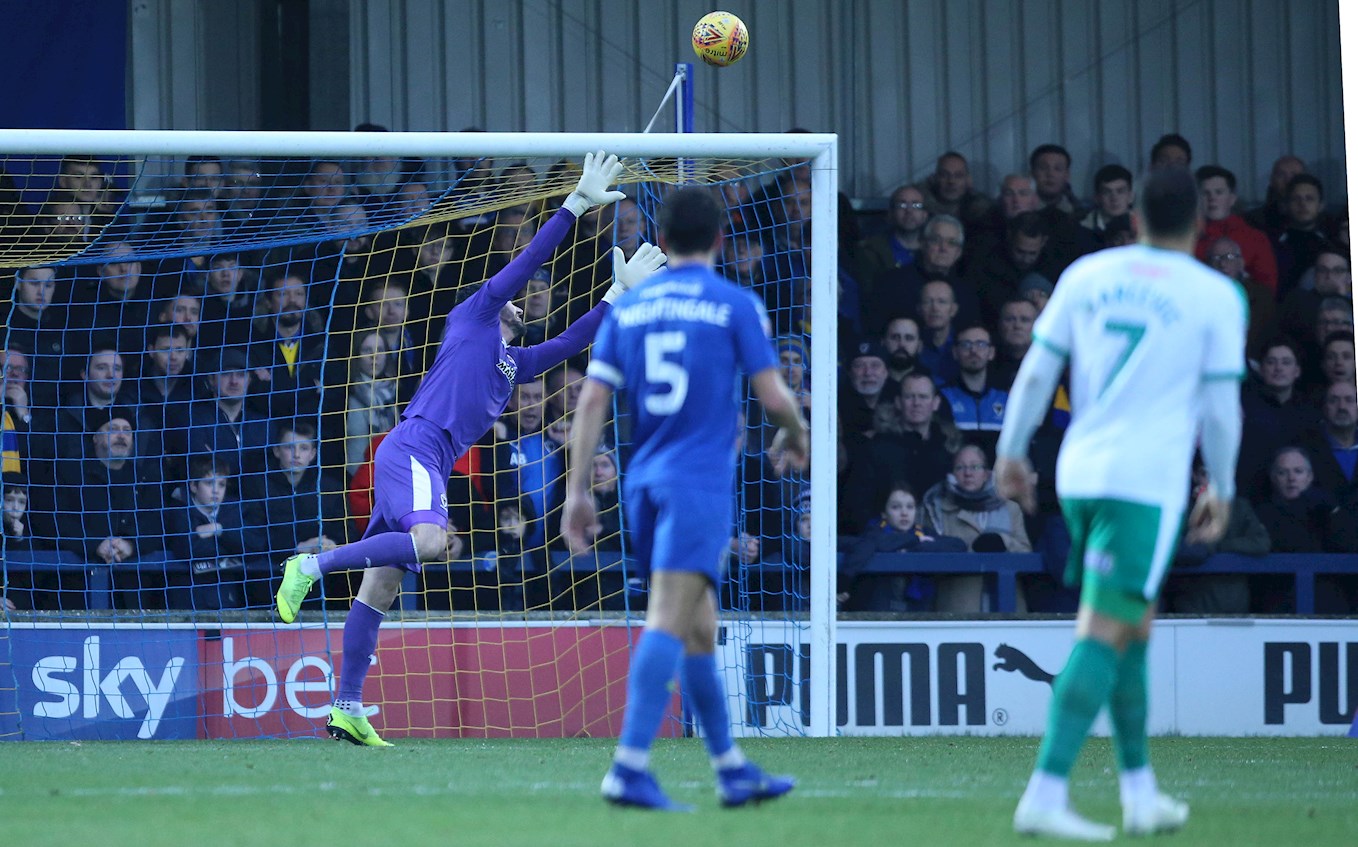 DAVID Fox’s breathtaking strike in Argyle’s Boxing Day fixture at AFC Wimbledon has been nominated for Sky Sports’ League One Goal of the Season.

The Pilgrims’ veteran midfielder notched the most impressive goal of his Argyle spell, and perhaps his entire career, from the best part of 40 yards, hooking an ambitious volley over Dons ‘keeper Tom King and into the far corner of the net.

Members of the Green Army can show support for Foxy’s magnificent effort by voting on the Sky Sports website. Among the other contenders are two spectacular efforts against the Pilgrims, including Charlie Kelman’s half-way line consolation for Southend in our 3-2 victory at Roots Hall, and Jonson Clarke-Harris’ howitzer in the Westcountry Derby at Home Park.

Click here to see the entire highlight reel and place your vote for the Argyle midfielder.