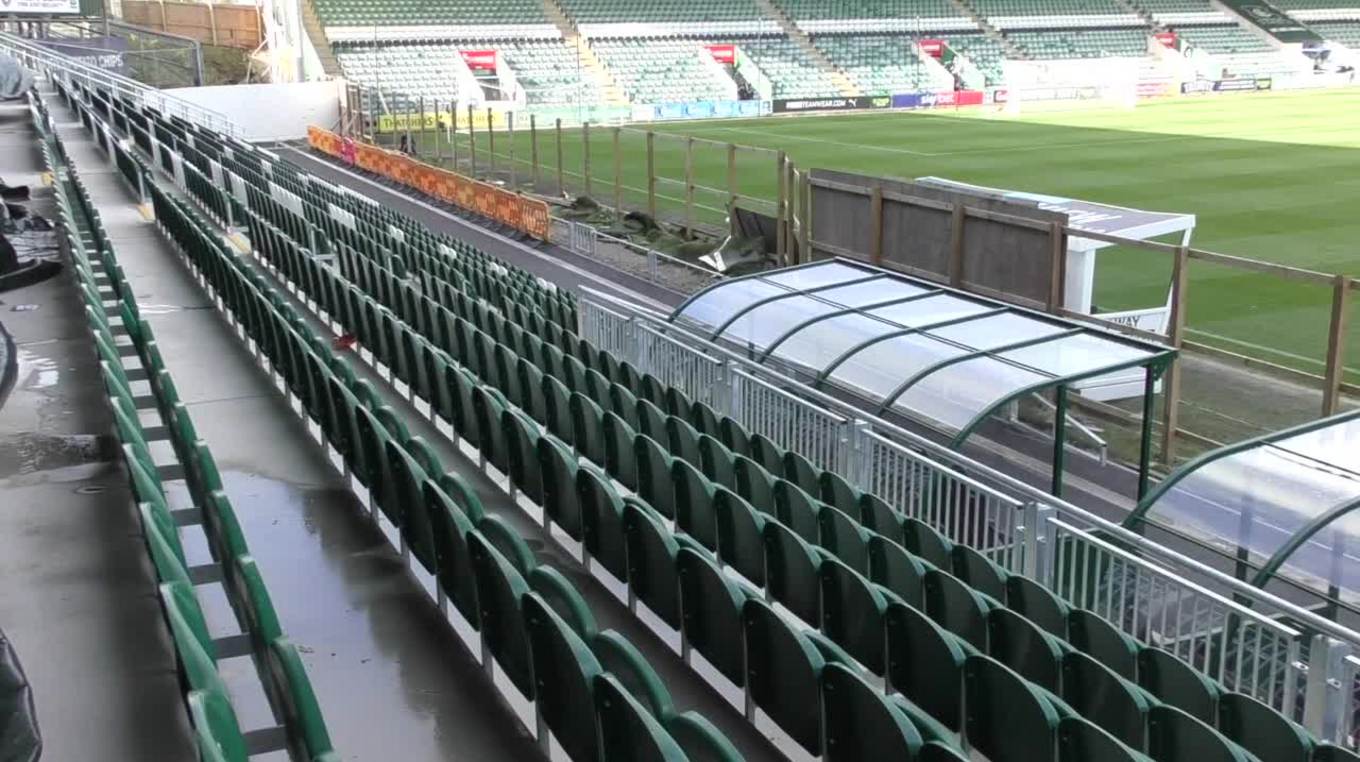 TO manager Ryan Lowe's delight, the advertising hoardings which have separated the Home Park pitch from the Mayflower development were taken down on Tuesday.

The multi-million pound Mayflower Grandstand redevelopment is now nearing its conclusion. With structural work all-but complete, the safety barriers, which have doubled up as advertising hoardings during the project's completion, have now been safely removed.

Argyle Media were on hand to capture the momentous occasion on video - which includes some impressive sledgehammer work from Stadium Manager Trevor Richards, among others.

The video also includes coverage of development work on the roof of the Grandstand, where preparations are underway to fit solar panels.