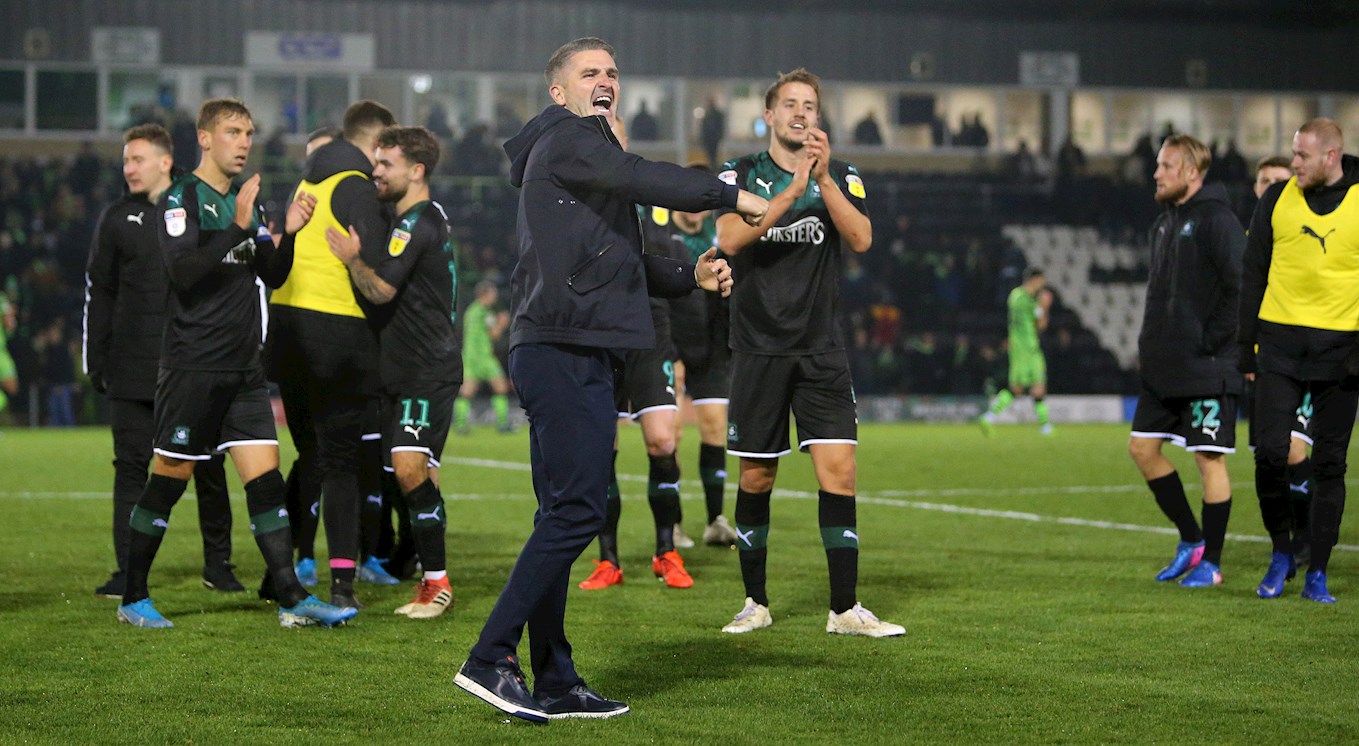 Bodies On The Line

A training-ground move provided the room for Antoni Sarcevic to score the only goal with a deflected strike in the first period but it was all about courage and discipline after the break.

Forest Green started the weekend as league leaders and it was no surprise when they piled on the pressure in search of an equaliser but the Pilgrims resisted to the final whistle with a performance full of defensive bravery.

“It was a fantastic performance, especially in the second half when we were backs-to-the-wall and dogged defending,” said Argyle manager Ryan Lowe. “What I’m seeing from these boys is them putting their bodies on the line.

“I would’ve liked to keep the ball a little better in certain areas but sometimes you can’t do that. We were at the league leaders, a good footballing side, but when I see my lads putting their bodies on the line and taking whacks, it shows me the determination that these boys want to keep clean sheets and make sure the points are on the board.

“The determination, steel and desire; the players have given us everything. We give them everything as staff as well, and we’re all as one. It pays off because, while some of them are in there bruised and battered, it will taste nicer tonight when they get home to their families and have a glass of red wine.

“Every day is a learning day. We’re not going to get carried away but we’ll enjoy that because we’ve come to the league leaders and won 1-0. They’ve worked hard all week and come home with three points.”