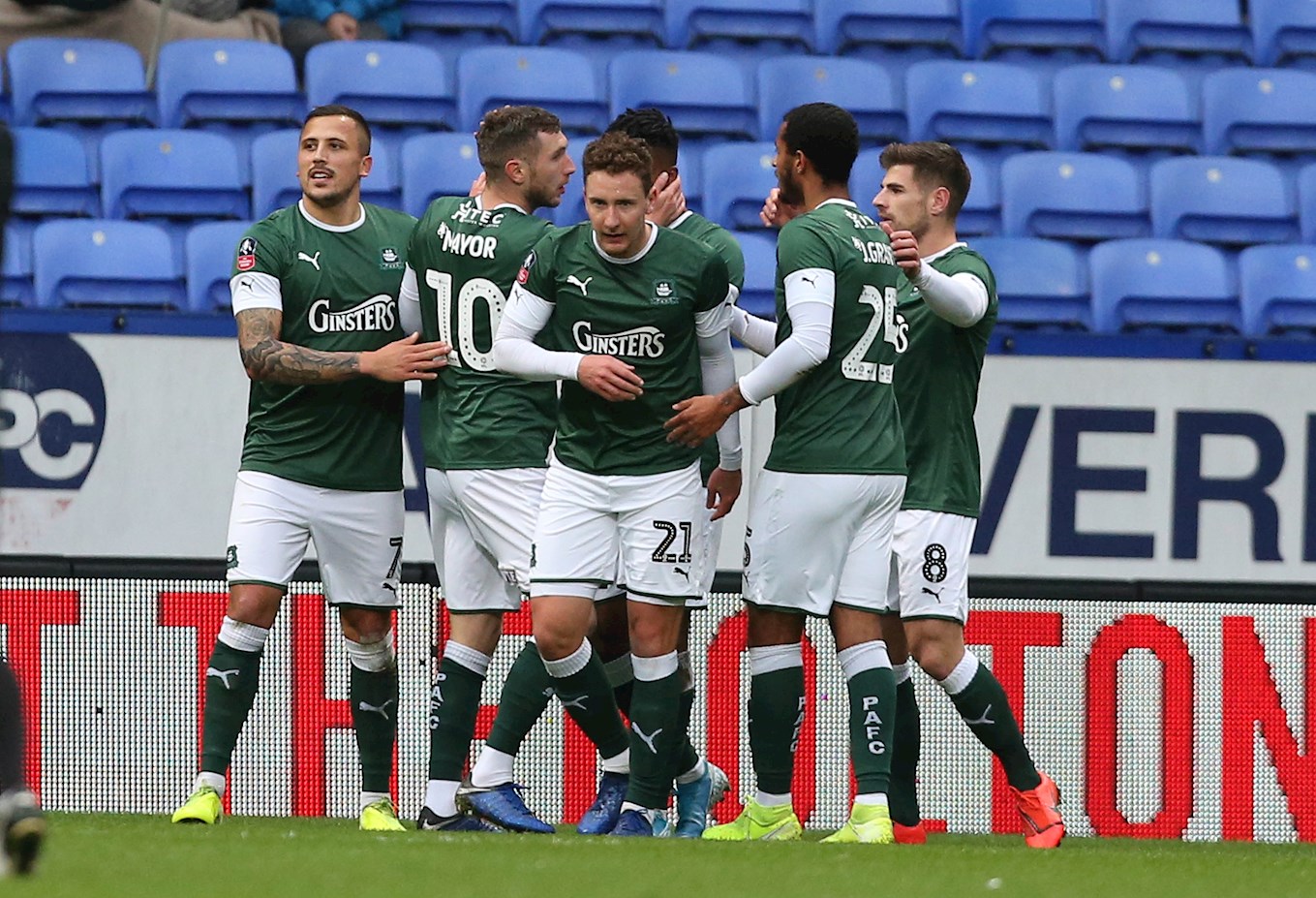 BEFORE joining Argyle, Callum McFadzean had four competitive goals to show for a career’s work. On Saturday afternoon, his fifth goal of an increasingly prolific season sent the Pilgrims beyond their higher-tier opponents and into the second round of the Emirates FA Cup.

The flying wing-back’s thunderous close-range strike proved enough to secure the win for Argyle on their first-ever visit to the University of Bolton Stadium and, despite a few periods of signaled intent from the hosts, the result never really looked under threat from the moment the Greens edged in front.

The last time Argyle faced the Trotters in a competitive fixture, in January 1993, Bolton were still playing at Burnden Park. On that day, Wanderers prevailed 3-1, and their current manager, Keith Hill, was turning out for Argyle. Today, he was out to stop them, and earn some much-needed cup revenue for a club who very nearly followed local rivals Bury into extinction in the off-season.

Such was the protracted nature of Football Ventures’ acquisition of the club, Hill was afforded just 48 hours before the transfer window closed to scratch together a side that could compete in Sky Bet League One, where they had already started the season with a twelve-point deduction. Despite their difficult plight, Hill’s side arrived at the University of Bolton Stadium for the first-round clash buzzing off the back of three consecutive wins.

Argyle, meanwhile, were approaching the fixture after an enforced lay-off due to last weekend’s postponement against Grimsby. Manager Ryan Lowe made a number of changes from the Leasing.com Trophy defeat to Chelsea – the most notable of which was the return of Danny Mayor. Former Bolton Academy graduate Joe Riley missed out on selection, and so Joe Edwards deputised at right wing-back, with Josh Grant slotting in as the holding midfielder.

The lay-off initiallly showed, as Argyle had to fend off early efforts from Joe Dodoo and Chris O’Grady, who both fired wide after good work from experienced target-man Daryl Murphy, who was proving a handful for the Pilgrims’ back three.

Just inside five minutes, Dodoo returned the favour for Murphy with a fizzing ball from the right channel, which narrowly evaded the former Sunderland striker before being turned behind by an alert Scott Wootton.

Having weathered an early storm at a frost-bitten University of Bolton Stadium, Argyle sparked the perfect response to warm the hearts, and hands, of the 1,200 strong travelling Green Army - with their first attack.

Alex Palmer’s long ball downfield was flicked into the path of Byron Moore by strike-partner Joel Grant. Moore laid off for McFadzean on the left flank. McFadzean laid the ball inside to the recalled Mayor, who reached the dead-ball line before offloading, almost telepathically, to McFadzean, who timed his run perfectly to smash the ball past Remi Matthews and in off the bar.

Whether it was something about the Greater Manchester air, or just the freshness of a week or so without a game, Mayor continued to torment the Bolton back-line in the following minutes. Having danced his way out to the left channel, he held off two markers before finding Joel Grant inside the area. Grant laid the ball back to Mayor, whose curled effort was heading inside the far post before Matthews clawed it wide.

Not content with their solitary goal advantage, the Pilgrims continued to press against an opposition that seemed somewhat shell-shocked by falling behind. The dynamic duo of McFadzean and Mayor looked back to their early-season best as they ushered the Greens forward down the left channel, teeing up Joel Grant, whose drive from the edge of the area would have crept inside the near post but for another Matthews' intervention.

On 25 minutes, the Pilgrims really ought to have doubled their lead, and it was Matthews who once again thwarted any further damage for the hosts. Daryl Murphy, who had retreated from his centre-forward position to assist his colleagues with defensive duties, laid a back-pass straight into the path of Moore, and he raced clear for the one-on-one, but saw his low effort kicked away by the popular former Pilgrims’ loanee.

Just as the early goal had swung momentum in the Greens’ favour, Matthews’ heroics seemed to provide similar impetus for the hosts, who forced their way back into the contest as the half drew to a close.

A number of speculative half-chances were spurned by Dodoo, and O’Grady, before referee Rob Lewis waved away hand-ball protests when Luke Murphy’s forceful shot from the edge of the area struck Josh Grant from close range on the stroke of half-time. There was no denying that the ball struck the Chelsea loanee, but his arm remained in a natural position, which served as sufficient defence.

Bolton began the second-half as they had finished the first, and only a sharp save from Palmer could deny Dodoo’s awkward volley creeping in at the near post after Sonny Graham’s deep cross found him unmarked, ten yards from goal.

In what was becoming an end-to-end cup tie, the Pilgrims nearly had a second through the unlikely source of Wootton. The Pilgrims’ number five advanced up the field in support of Edwards after Joel Grant set him off down the right channel. The wing-back’s lay-off found the centre-back on the edge of the area, and his left-footed effort flew narrowly over the angle.

A number of substitutions, misplaced passes and niggly little fouls punctuated a stop-start period in the second-term, as the Greens seemed happy to sit tight and protect their narrow advantage. Meanwhile, for all of their territory, Bolton failed to conjure up any opportunities of note, resorting to speculative efforts from range in an attempt to cure their malaise.

It never came, and Argyle are into the draw for the second round on Monday evening.