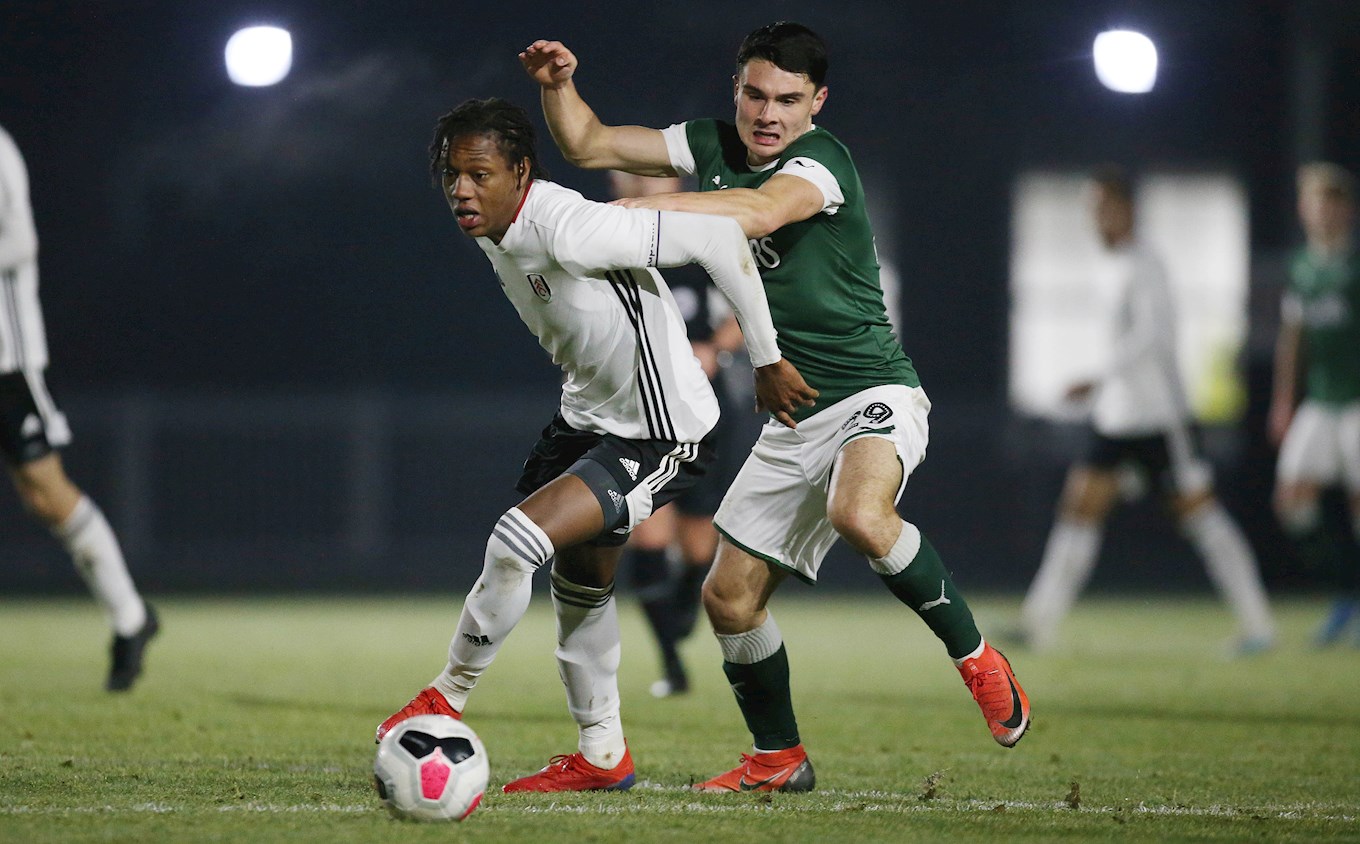 Competing Up The Categories

TWO second-half goals ultimately cost Argyle the game at Fulham but it was still a performance full of application and belief from the young Pilgrims.

After securing impressive draws against Everton and Watford in their first two games in the Premier League Cup group stage, Argyle were excellent in the first period at Fulham and matched a side packed with high quality.

The Greens were well in the game at half-time but Fulham edged in front after a slightly fortuitous goal and a second from Timmy Abraham sealed the points for the home side.

“I was really pleased with our first-half performance, we went toe-to-toe with them and competed really well,” said first-team coach Kevin Nancekivell. “We were in a good place at half-time and a very good game.

“It was a step up in standard for our lads but they handled it very well. We were right in the game at half-time and needed to go on to the next level, but we didn’t start the second half quite as well.

“It was two soft goals that we’ll analyse and try to put right in the future. After that, we were second-best for the majority of the second half but I can’t fault the boys for their attitude and effort.

“We’re disappointed with the result but another massive learning curve for us and we weren’t far away from getting points.”

The crucial opener for Fulham came after a strike by the lively Sonny Hilton had apparently been saved by Argyle’s Michael Cooper, but the ball looped in the air and somehow spun into the net.

It was one of those unfortunate moments that can hit any team but the far bigger picture is that Argyle still have three games to go in the Premier League Cup group stage, with two of them at home.

“It appeared he [Cooper] had made the save and then it spun into the net,” said Nance. “Again, we can’t fault the boys for their application and attitude, which is what we’re about as a football club.

“We’ve got a different group of boys joining in with the players from last year and 16 year-old Charlie Miller playing tonight as well, so a great experience for him. The second-year apprentices have done really well and a big step up from the Youth Alliance to play against Category One clubs.

“There are disappointed boys in the changing-room to not come away with any points but we have Everton and Fulham coming to Home Park, games to look forward to and all to play for.”