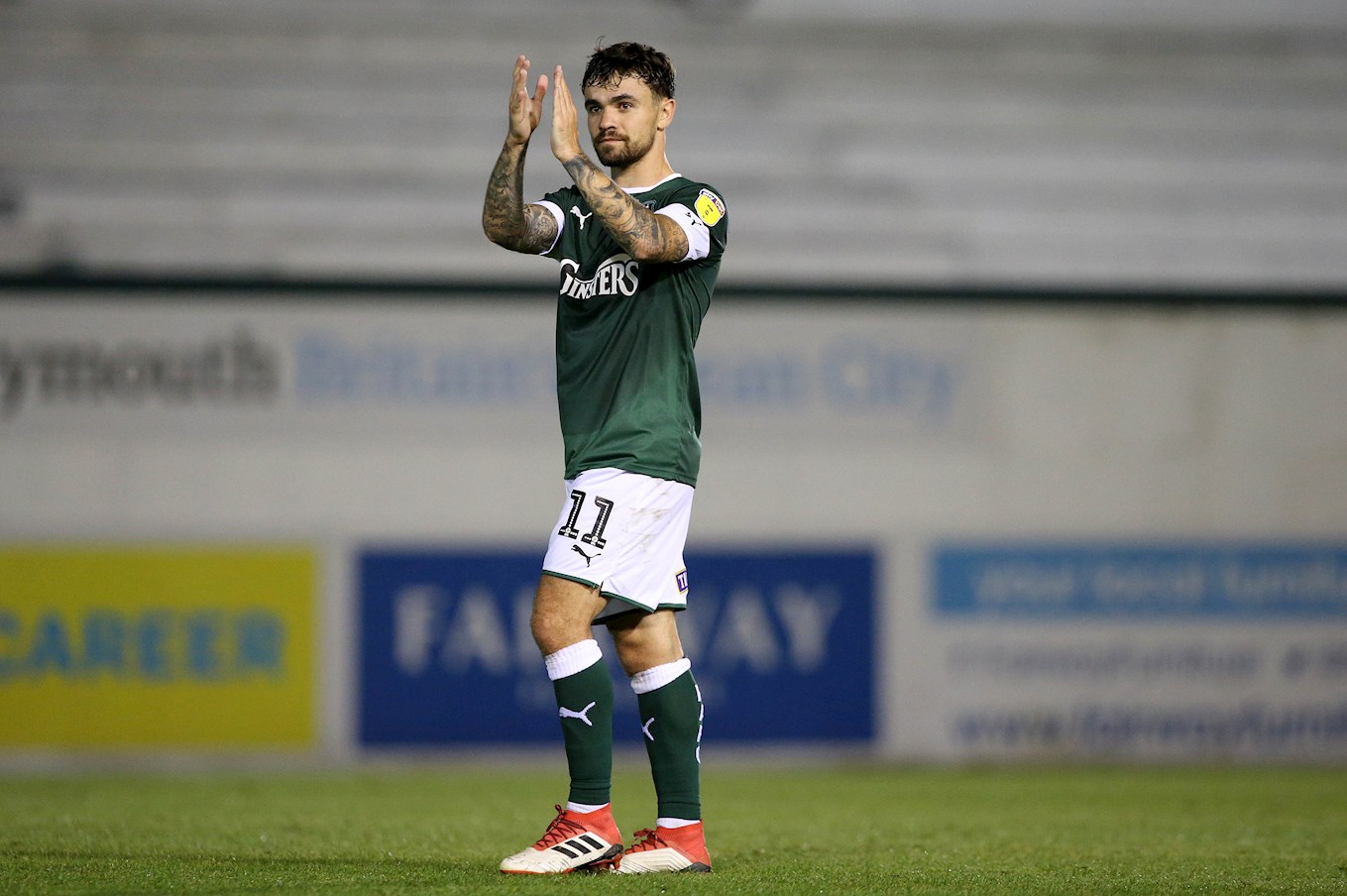 FOLLOWING a start to the season severely hampered by injury and missed game-time, striker Dom Telford is a man raring to go.

The Pilgrims visit Bristol Rovers in the FA Cup on Sunday and Dom will be knocking on the door for a chance to impress after being limited to three substitute appearances since his last start in the league defeat to Cheltenham in September.

Dom has spent a lot of time working with Argyle’s head of fitness and conditioning, John Lucas, and the forward signed from Bury in the summer is naturally keen to make his belated mark on the Pilgrim campaign.

“John Lucas has been brilliant with my strength programme and things like that and I’m feeling good in the gym and out on the grass.

“I’ve had a good month behind me in training and in reserve games, coming on now and then, but I feel like I’m getting back to where I was.

“It has definitely been tough but it’s just part of the game and one of these things. You just have to make sure that you’re working hard to come back stronger.

“I had heard good things about Argyle and about Plymouth itself from people I know that have played here. I have heard positive things from everyone and when I came down here, I was blown away. so it was a no brainer for me.

“I feel like I’m in a good place physically now and hopefully I can string a few games together and stay fit, I’m doing everything I can to prevent an injury and hopefully the fans can see what I’m about.”

Now that he is back in the squad, Dom will be hoping to get back into the swing of things on and off the pitch, helping Argyle continue the excellent recent form in league and cup.

“If you want to get promotion, you need to get momentum and back-to-back wins,” he said.

“Let’s be honest, we beat two very good teams in Forest Green and Bradford. We have been resilient in both games in different ways, we are starting to click now but we are not the finished article.

“There is a long way to go but if we can keep picking points up and keep that momentum going, then it’ll be good.”