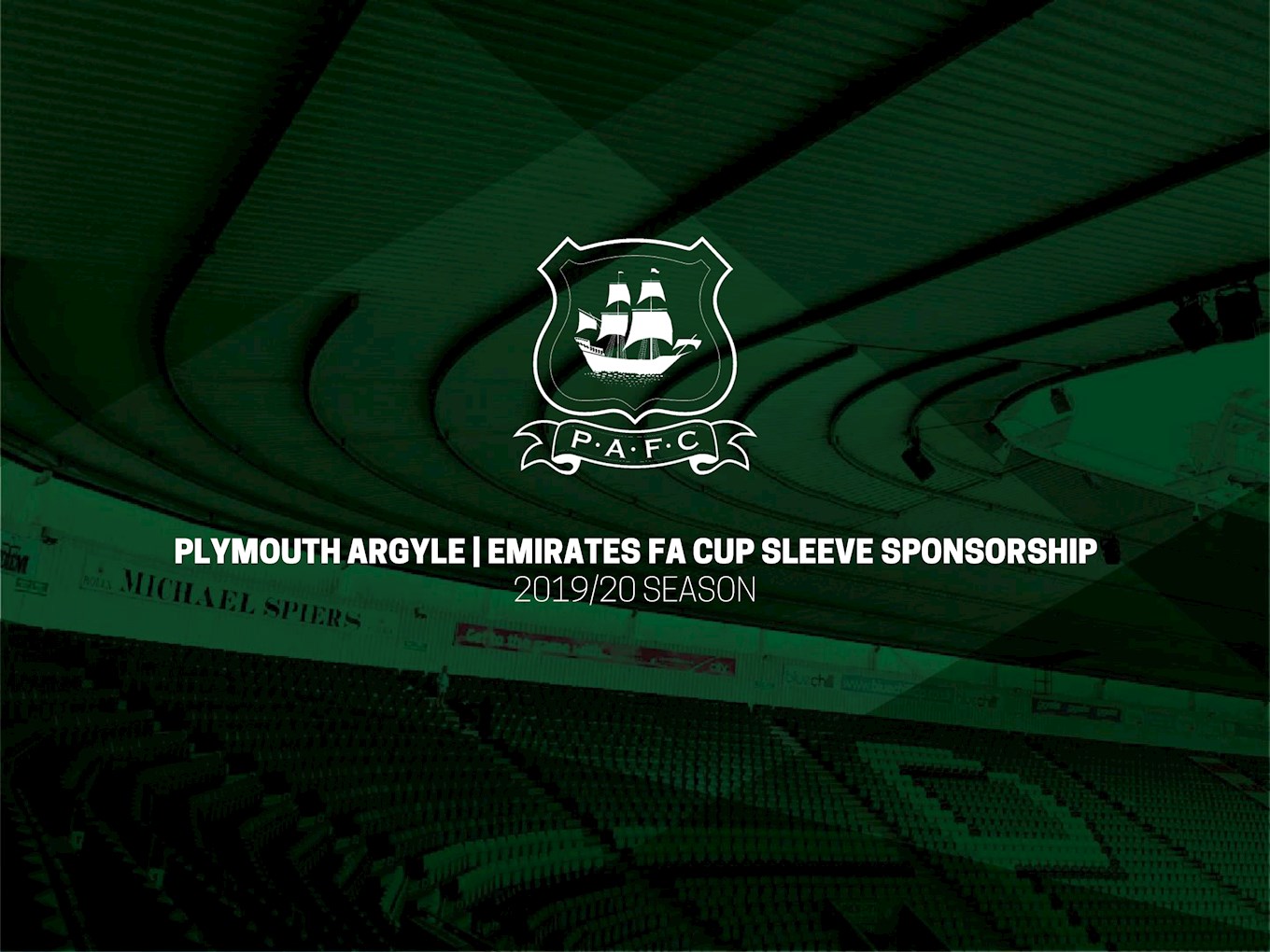 A SUPERB victory at Bolton Wanderers secured Argyle a place in the second round of the Emirates FA Cup and just one step away from the potentially lucrative third round, when clubs from the Premier League and Championship enter the competition.

To celebrate our progress in the world’s oldest cup competition and a tournament that generates global coverage, Argyle are offering one local business a fantastic opportunity to sponsor the shirt sleeves worn by the Pilgrim players in the second round, and hopefully beyond.

This superb offer was utilised by our partners from Beaumont Drylining Ltd last season and our huge thanks to them for their ongoing support of the club.

The Pilgrims have been drawn to play either Bristol Rovers or Bromley away in the second round, leaving the choice between a bumper Westcountry derby or an intriguing tie at a club flying high in the National League.

Rovers and Bromley meet again in their first round replay on Tuesday, November 19 and Argyle will then enter the second round for a game to be played on the weekend of November 30 / December 1.

As Argyle's FA Cup sleeve sponsors, your business will be recognised as an Official Club Partner for the duration of the tournament and, along with your logo on one sleeve of the first-team shirt, benefits include a full-page advert in the match-day programme for any home games played in the FA Cup, Boardroom access for home games in the FA Cup, a signed and framed first-team shirt, and ongoing promotion through our online media channels.

To find out more and take advantage of this special opportunity, please contact the commercial team on 01752 302204 or email commercial@pafc.co.uk