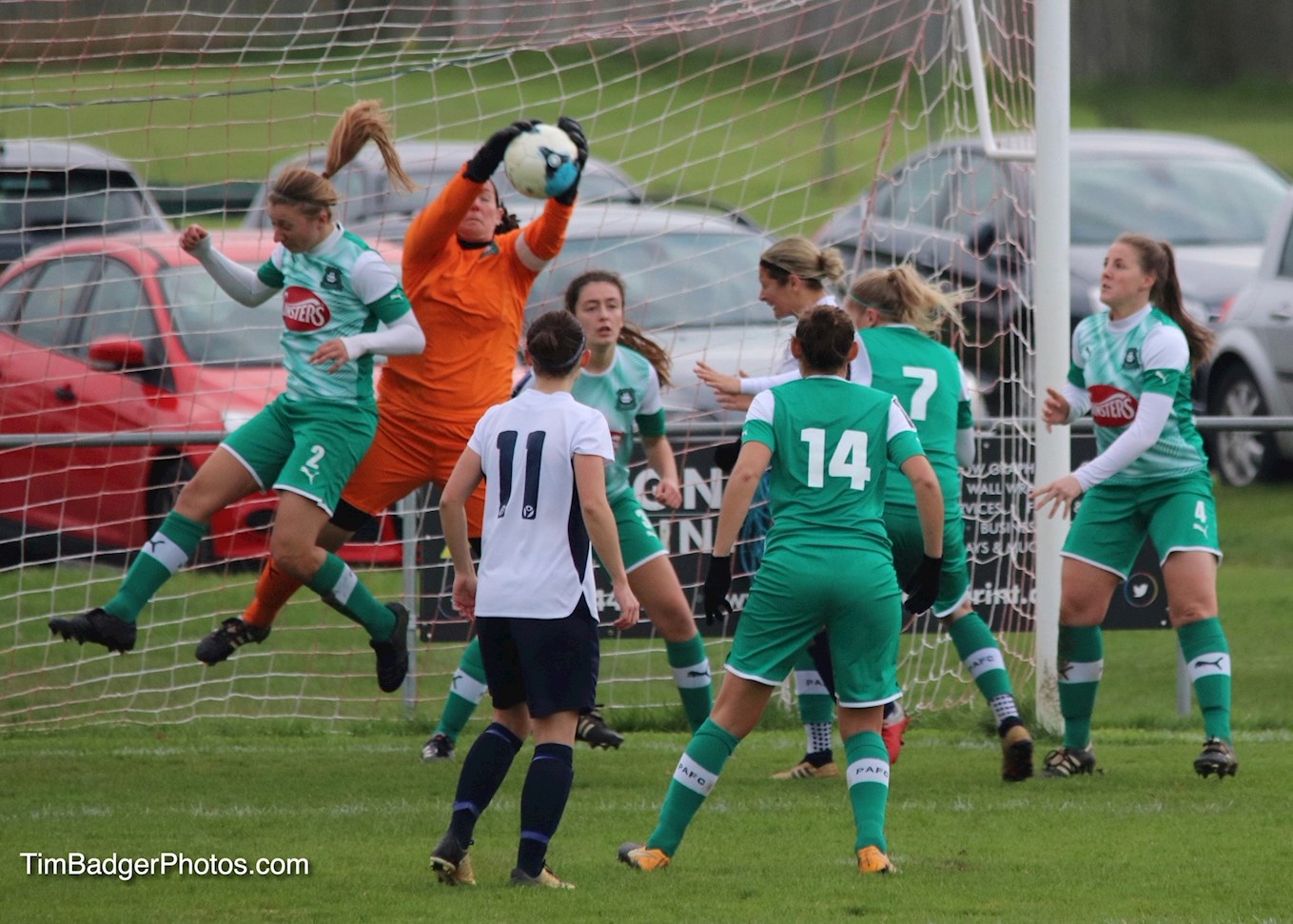 ARGYLE Ladies continued their defence of the Westward Developments Devon Senior Cup with a confident 8-0 triumph at Feniton.

The Pilgrims were without goalkeeper Ben Kyle, who is likely to be out of action for some time due to a hand injury, with defender Kate Middleton deployed as an emergency custodian. Also missing were midfielders Becky Dandridge and Kayley Lane.

As expected on a superb surface, Argyle went on the front foot from the start and, after Zoe Cunningham had a shot saved, won a succession of corners without reward. Amber Pollock then showed her pace down the wing before crossing to Helen Bleazard, who shot narrowly wide.

With so much pressure, a goal had to come and predatory striker Natasha Knapman pounced during a goalmouth scramble to give Argyle a 12th-minute lead. Feniton responded positively to the setback and were always a threat on the break.

A second goal arrived in the 27th-minute, when Cunningham dribbled the ball across the goal line before despatching it into the net.

Ten minutes before half-time, Argyle struck again when Lydia Huntley found Pollock whose cross was diverted into the net for an own goal. Three minutes later, the lively Pollock outpaced her defender to score with a clinical finish to make it 4-0.

The Pilgrims started the second half as they ended, as Bow Jackson raced down the right wing, drew the goalkeeper before playing a one-two and calmly making it 5-0. Faye Ivall was brought down, leaving Leah Burridge to convert the 71st-minute penalty for number six.

Mollie Taylor emerged from the bench and headed in a great goal following a Bleazard corner. The final goal came three minutes from time when an Ebony Dover corner was recycled back to Bleazard, who crossed it in again for Dover to slam it into the net.

“They [Feniton] worked hard and battled well. We got the result and move on. We were also able to give Faye (Ivall), Lydia (Huntley) and Ebony (Dover) starts to give them a run out.

“Feniton played a high game and kept catching us offside. Full credit to Feniton - they hosted us fantastic and the groundstaff provided a pitch that was immaculate. They made us feel welcome and, as a club, we wish to thank them for that.”

The Development squad game with Alphington was called off late due to our opponents being unable to raise a side.