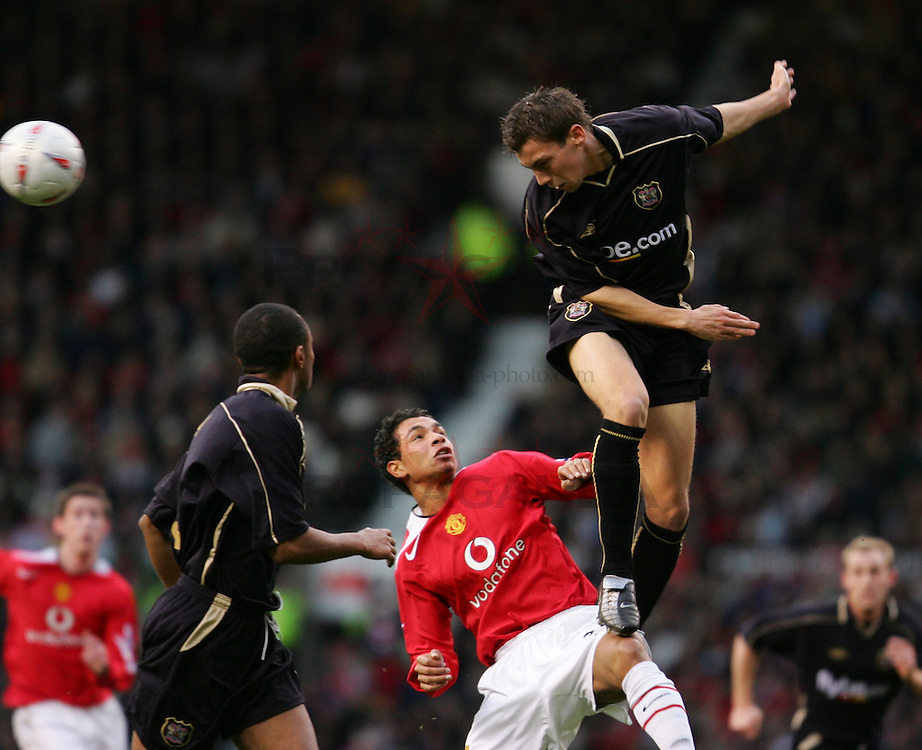 ARGYLE captain Gary Sawyer has fond memories of previous FA Cup ties that he has featured in over the years and was in reminiscent mood as the Pilgrims get ready for a trip to Bolton Wanderers in the world’s oldest club competition.

Sawyer has featured in 26 FA Cup games in his career and he has to go all the way back to his first season in the FA Cup to remember his most memorable game of them all.

Back in 2005, when Gaz was on loan from Argyle at local rivals Exeter City, who were at that time in the Conference, he played in an FA Cup tie against Manchester United. Gaz was 20 years-old at the time and famously helped the Grecians to a 0-0 draw at Old Trafford before going down 2-0 in the replay.

“It happened so many years ago but it has obviously stayed with me,” he said. “It was a great experience at the time to be that young and go and do that. It’s what every kid dreams of I suppose, to go to Old Trafford and play.

“It’s great, it brought such a love for the cup for me personally and to do it so early in my career obviously brings me such fond memories in the FA Cup, so it’s great.”

Since then, the now 34 year-old has played against Watford for Argyle and featured on the bench in a tie against Liverpool when he was returning from a serious injury.

The Pilgrims went down to a 1-0 loss against Watford in the quarter-finals under the management of Ian Holloway but, most recently in 2017, we earned a replay against Liverpool before losing 1-0 in the replay.

When Argyle lost to Watford, it proved to be frustrating for the players as they believed that they could have beaten their Premier League opposition.

“We lost 1-0, I thought the game was well balanced, it was a great game for us and one we felt that we could get through, but Watford were obviously a Premier League team,” said Gaz.

“We had a great year and a great run that year, we had a good side but it’s a frustrating one.”

In the first fixture the Pilgrims’ had against Liverpool, Sawyer was injured but he was just starting to return to full fitness for the replay. Having missed those ties, he gave his thoughts on how he felt during those games.

“I had a serious injury that year, touch wood I haven’t had many serious injuries throughout my career but that was one that ruled me out for quite a while,” he said.

“To see the boys, you still get the buzz of it and, as I am an older pro in the dressing room now, to see the young lads get the chance and go to Anfield and play was amazing. It was just a shame for me because it’s a somewhere that I’ve never played and would have loved to have been involved.

“I managed to get myself fit enough to be on the bench for the home game, and again for someone to be involved in a game against a club like that, you can only get that in the FA Cup if you don’t play in the Premier League. It’s an amazing competition and that’s why everyone buys into it.”