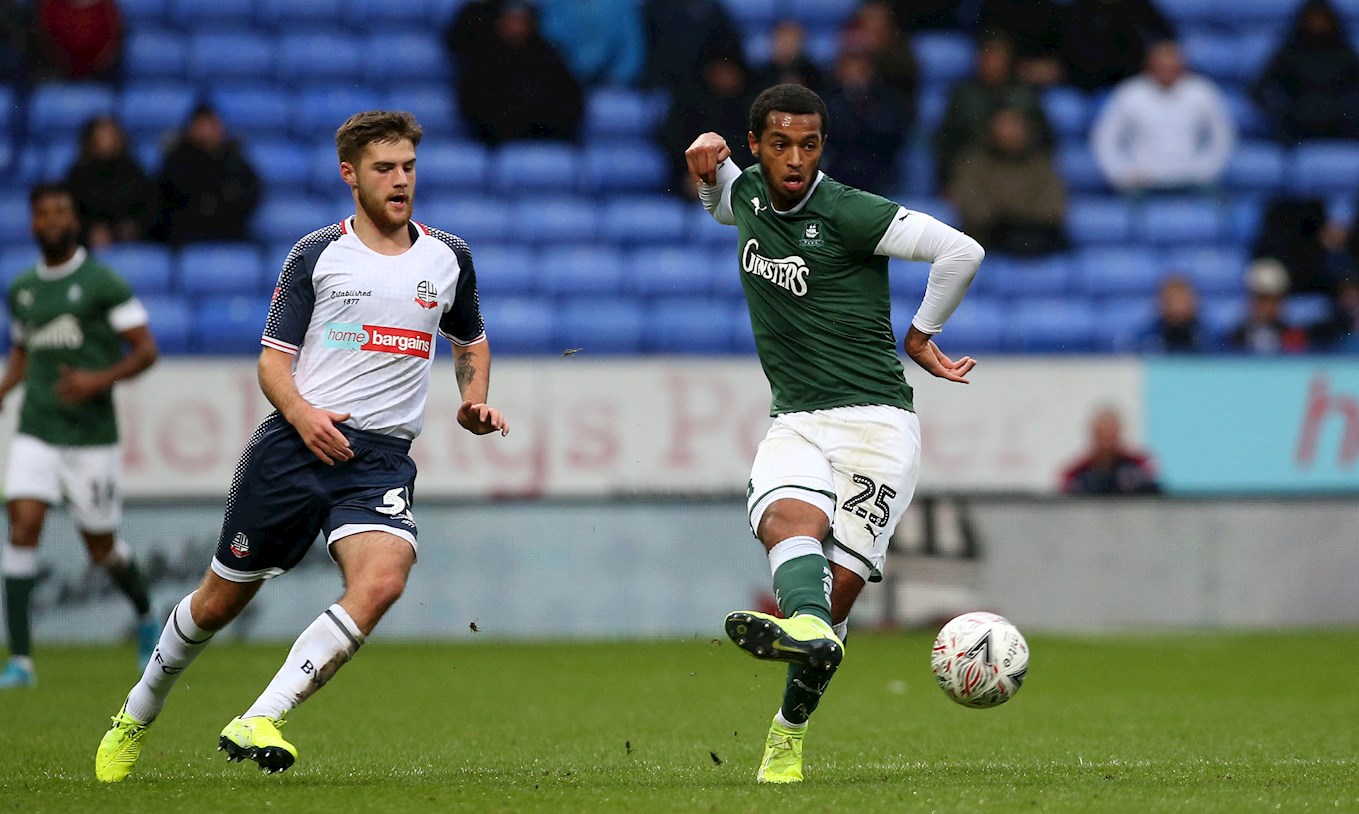 WITH friends like Josh Grant has got, it does not matter who the enemy is when it comes to winning football matches.

Josh produced one of the stand-out performances in the Pilgrims’ 1-0 Emirates FA Cup first-round victory at Bolton Wanderers – and there were plenty to pick from – a display made even more remarkable because he was thrust into an unfamiliar role.

Manager Ryan Lowe gave the 21-year-old Chelsea loanee the pivotal central defensive midfield role against the Sky Bet League One Trotters and he barely put a foot wrong in an assured display as Argyle moved into round two of the competition thanks to Callum McFadzean’s fifth goal of the season.

Normally a centre-back, Josh was grateful to the three colleagues occupying those roles at the University of Bolton Stadium – Scott Wootton, Niall Canavan and captain Gary Sawyer – for imparting their expertise throughout 90 exhilarating minutes.

Josh said: “It my first time playing there from the start of the game and those three were excellent to me – they didn’t stop talking to me the whole game. I knew what I was doing through them, and that’s the help I need.

“As I’m a defender, I know how to help the back three out and stop things going into [the opposition] strikers and, if I can get the ball, just play and get Danny [Mayor] and Sarce [Antoni Sarcevic] on the ball as much as possible because they are two great players.”

The manager’s faith and Josh’s own willingness to absorb the role often held by Joe Edwards – who moved to tight wing-back to cover for injured Joe Riley – were also important factors in Josh’s mature and influential display.

Josh said: “The gaffer spoke to me and said that I’ve got some qualities that I can bring to it and ‘it’s an opportunity for you to play and play well’ so I took my opportunity. I had to step up my performance and I felt that I did well.

“We looked at [Bolton’s] qualities and saw their strengths and thought how we could nullify that, and the gaffer thought I was the man for the job.”

It was testament to Argyle’s dominance, and Josh’s part in that, that Bolton’s two imposing experienced strikes, Daryl Murphy and Chris O’Grady, barely had a peep all afternoon, whereas Wanderers’ former Argyle goalkeeper Remi Matthews made a handful of important saves.

“[O’Grady and Murphy] are two big lads and they very good at what they do. We thought we could nullify that and get the ball down and play with the likes of Danny and Sarce, and get it up to our strikers as quickly as possible.”