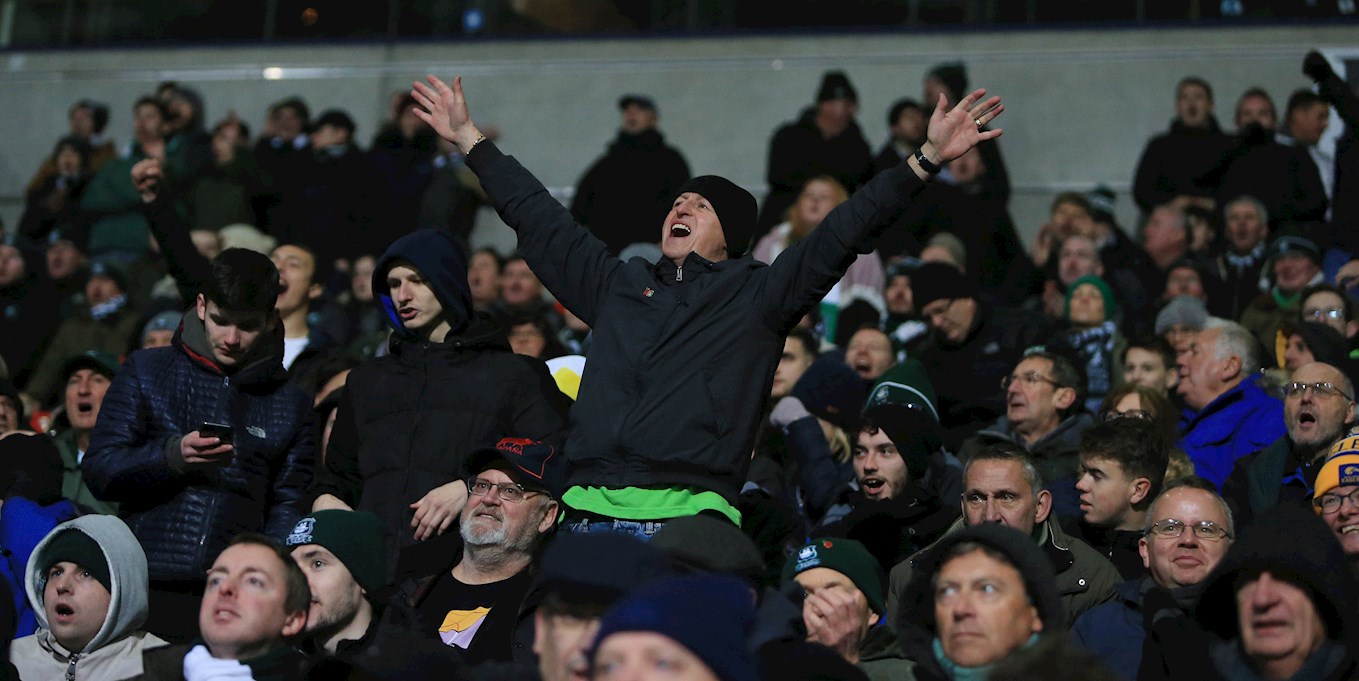 For The Green Army

ARGYLE manager Ryan Lowe dedicated the weekend win at Bolton Wanderers in the FA Cup to the wonderful Green Army.

Every Pilgrim has had to endure a difficult couple of weeks after the frustration of a Devon derby defeat at Exeter City and then the postponement of last Saturday’s game with Grimsby Town.

The Greens have been chomping at the bit to make some amends and they delivered in style, producing an excellent all-round display to progress in the FA Cup after a solitary goal in the first half from Callum McFadzean.

“The FA Cup win was for the fans because they were hurting, as we know, from a couple of weeks ago,” said Ryan.

“There were 1,100 of them [at Bolton] and we thoroughly respect that. They’ve come all the way up north and the way they were singing and rallying the lads through, that win was for them.

“They’ve had a disappointing two weeks but we’re back on the bike now and we’ll keep riding. We’ve got a fantastic fanbase, fantastic players and fantastic staff.

“When we lose, it’s hard but there is togetherness from us all. We’re all in it as one and we’ve all been hurting from the game at Exeter, but we’ve put in a solid performance and we’re in the second round of the FA Cup.”