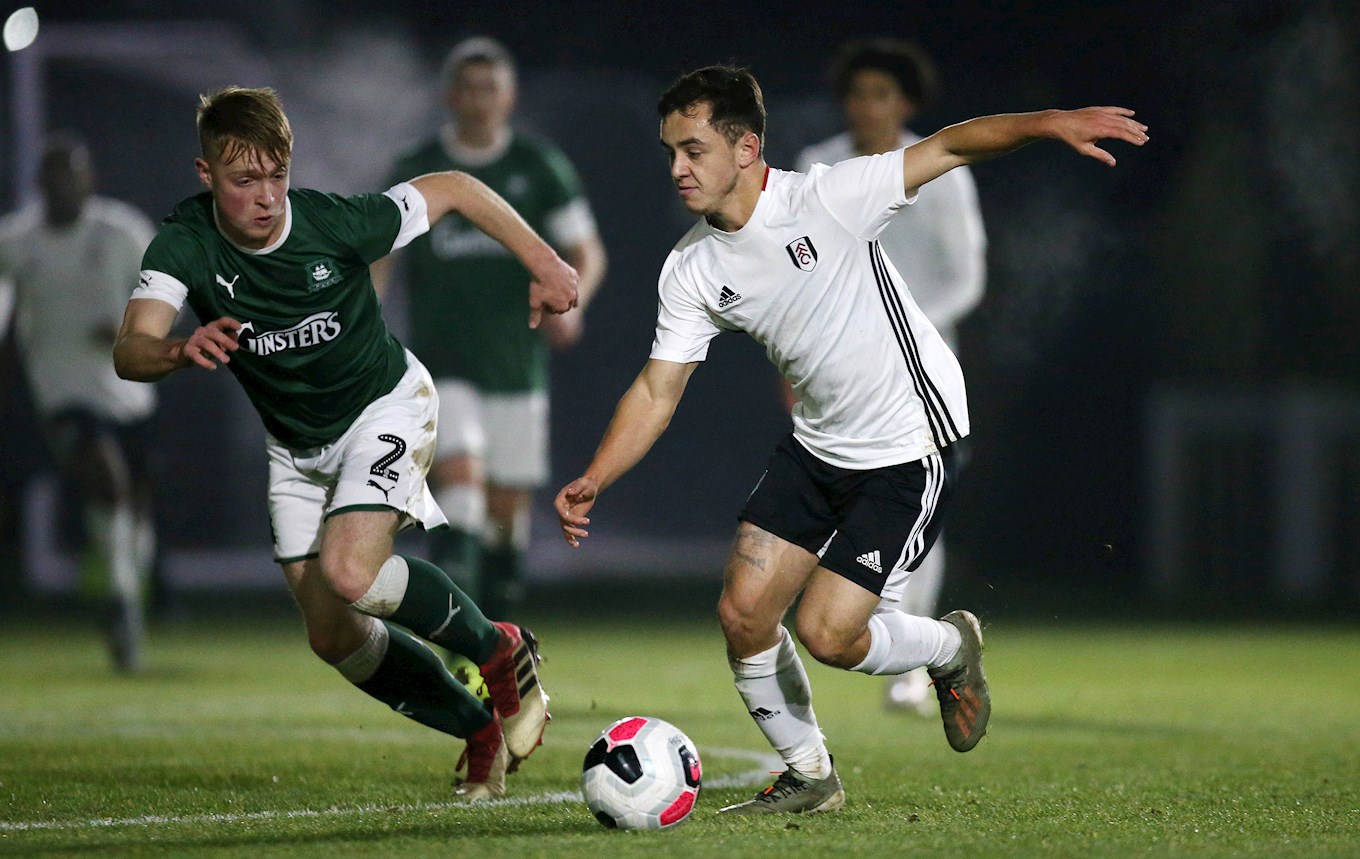 ARGYLE lost for the first time in five Premier League Under-23 Cup games in their third match of this year's competition, going down to two second-half goals inside 10 minutes at Fulham's impressive Motspur Park training base.

Midfielder Sonny Hilton opened the scoring with a long-range shot that somewhat freakishly spun back into the Argyle goal after 'keeper Mike Cooper had brilliantly palmed away the initial effort.

Timmy Abraham, lookalike and near soundalike younger brother of Chelsea and England striker Tammy, then doubled the home side's advantage with a predator's strike as the ball pinged around the Argyle goalmouth.

The Pilgrims were not without their moments but were unable to follow their earlier 1-1 draws at Everton and at home to Watford with anything other than another admirably wholehearted effort that speaks volumes for a healthy mentality throughout the club.

After a cagey start, Argyle forged the first half-chance of the game. Tafari Moore, playing left wing-back, sent Klaidi Lolos away and his low cross into the six-yard box found Alex Fletcher foraging for tidbits. Unfortunately, his final touch was lacking.

Fulham responded to the Greens' raid by upping the pressure on Cooper's goal. Little of note materialised, though, and Abraham fired over from the home side's clearest opportunity after creating space for a shot from just inside the Argyle box.

Cooper was called into meaningful action when Fulham forward Ben Davis dropped deep to feed Hilton, whose run had taken him behind the Pilgrim defensive line. The Argyle 'keeper, though, read the danger and came from his line to save bravely at Hilton's feet.

Hilton's subsequent long-range shot threatened more than it delivered before Argyle came back at their hosts. A free-kick from captain Adam Randell was probably not intended as a shot, but the ball was dropping in at the far post before goalkeeper Taye Ashby-Hammond intervened with a crucial punch.

Argyle began the second half at a gallop and Luke Jephcott was denied from getting a clean shot off by Ashby-Hammond's speed from his line before, at the other end, John Gilbert teed up Davis for what looked short odds-on the opener. Peck, however, had other ideas and threw himself into the path of the ball to effect a superb block.

Another block followed before the ever-present Hilton broke the deadlock. Cooper, acting more on instinctive reaction, than anything else, did well to get to a swerving shot from distance. However, he pushed the ball up, rarther than away, and the spin on it saw it loop up and plop almost apologetically into the far corner of the goal.

Fletcher and Fulham substitute Terry Ablade were denied by the respective goalkeepers before Argyle conceded a second goal for the first time in a match in this season's competition when Abraham rounded off a little penalty-area pinball.

Abalde, especially, continued to trouble the Green defence, making the most of the space afforded him by Argyle's desire to get something out of their visit to South London by keeping pressing, but the defence, backed up by Cooper, kept them out.