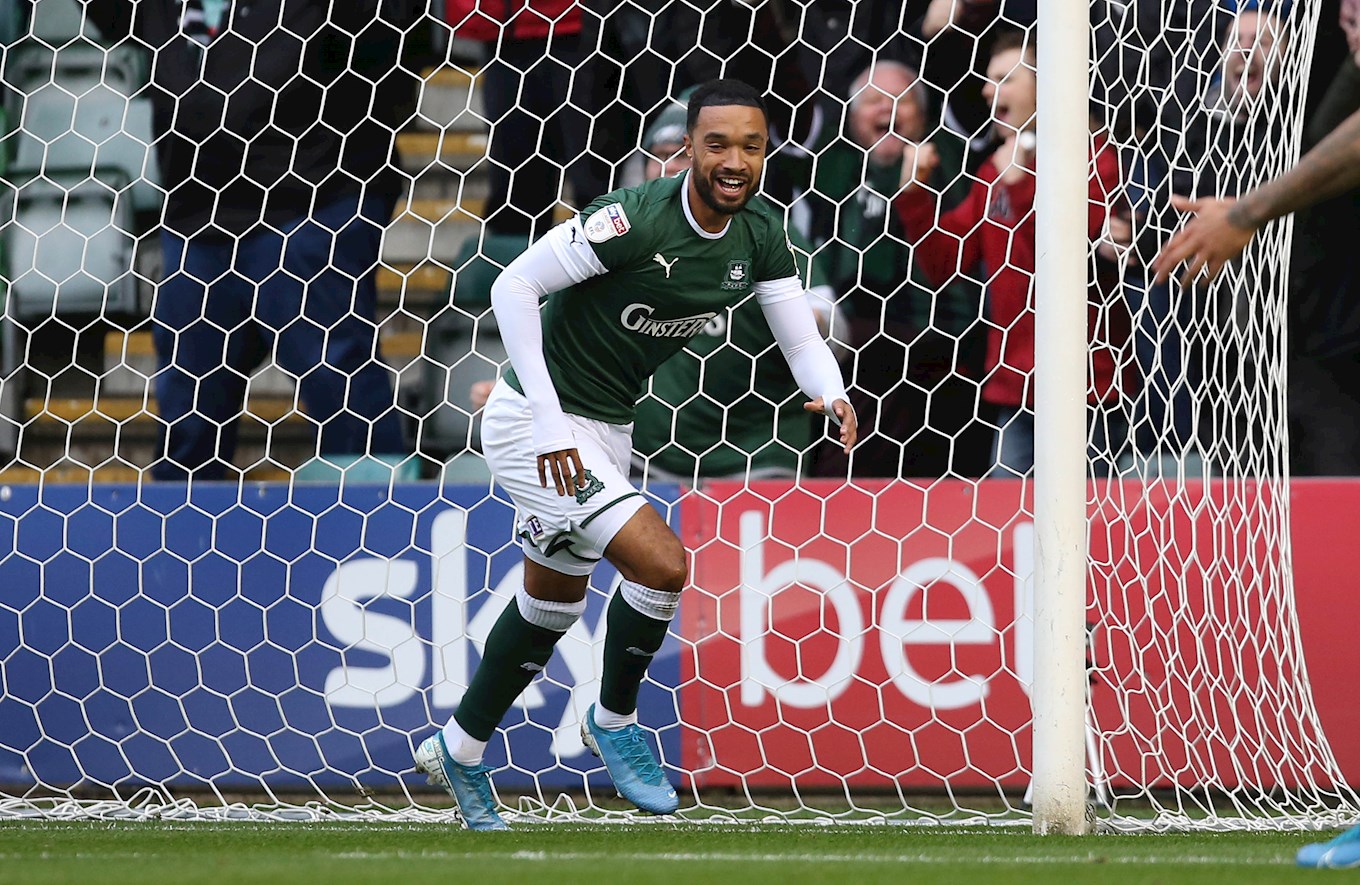 TWO goals in the opening half-hour from Byron Moore and Joe Edwards set the tone for an enterprising Pilgrim performance in securing all three points at home to Bradford City on Saturday.

Following terrific approach work from the Greens, Moore struck first, although only after his initial effort had been blocked, and then Joe profited from hassling the Bradford goalkeeper before steering home a composed finish.

The Bantams did pull a goal back after the break but Argyle resisted the temptation to sit on their lead, instead pushing forward with some fabulous flowing football at times and a satisfying day for manager Ryan Lowe.

“The build-up to it [the opening goal], more than anything, was important,” said Ryan. “We’ll always look to move through the thirds to get the opportunities. We’ve had a couple of goes at it and he [Moore] stabbed it away on the second one.

“Joe is a willing runner and a fantastic lad, he’s shown that all season by playing in different positions. He’s making that right-wing slot his own now, he was terrific and he slotted it in with his left-foot. I like those little side-foot finishes.

“We’ve been saying that when we start becoming a good team, then a very good team and an excellent team, it gradually takes time.

“We’ve had discussions with the lads, showed them video clips of what they’ve done well and the football takes care of itself. We put the sessions on for them to play that way and every single one of them was excellent.

“There was a move on around 78 minutes that would have been some goal and that’s what I want from my boys. It doesn’t always come off because you’ve got opposition trying to stop you but we look a good team when we’re in full flow.”