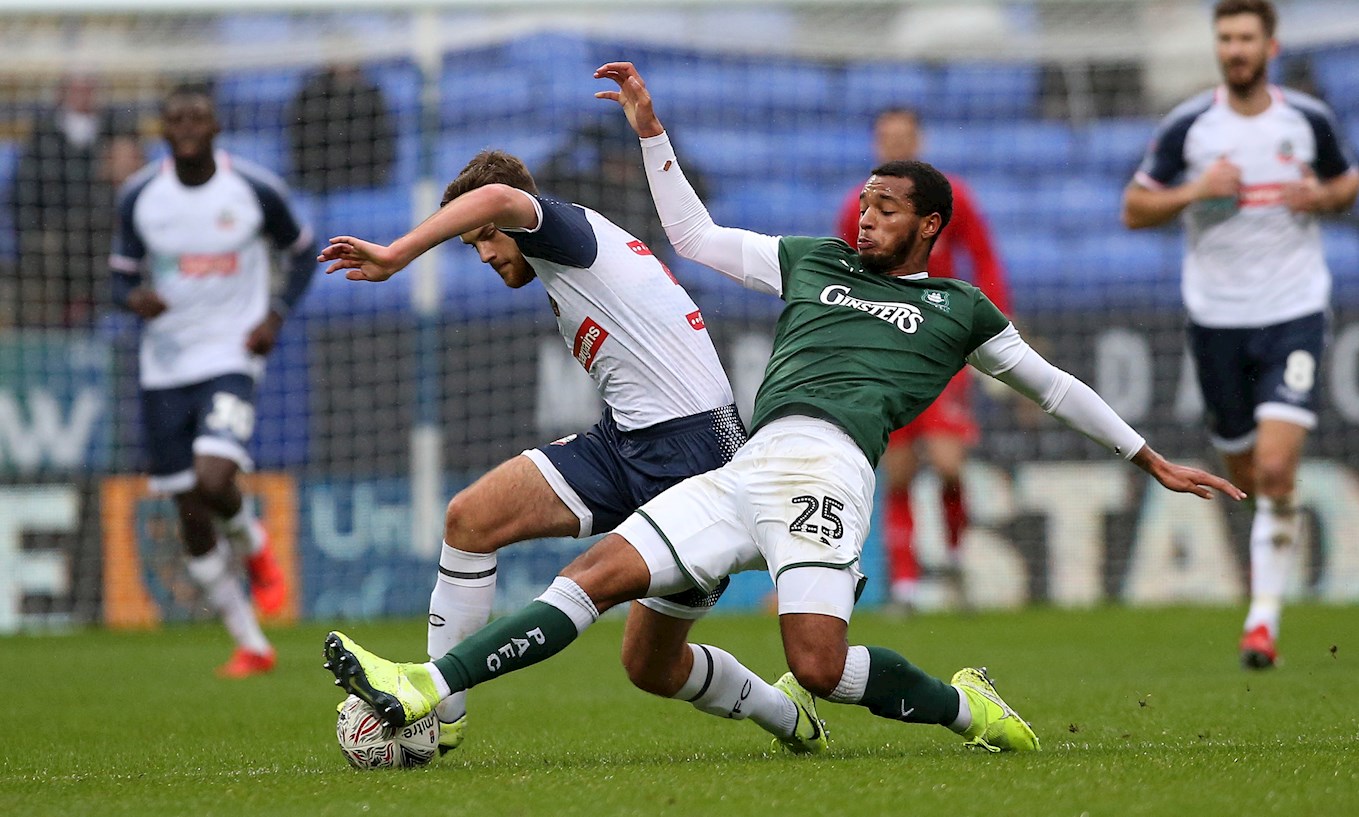 THE performance of Josh Grant in a new role has received a flood of praise from those of a Green persuasion and that definitely includes Argyle manager Ryan Lowe.

Josh was deployed as the midfield anchor in Saturday’s FA Cup win at Bolton and the youngster on loan from Chelsea produced a display full of composure and assurance.

It was particularly sweet for the popular defender, who has recovered from a couple of mistakes in recent weeks to show his genuine class.

“Josh is a fantastic kid and he’s been highlighted for making a couple of mistakes that led to goals, but we can’t just hang him out to dry,” said Ryan.

“He’s a fantastic player, a fantastic lad, who has come through the Chelsea ranks. We’ve been monitoring him in that position and young Adam Randell has been terrific when he’s gone in there as well.

“That’s why we do our 11v11 practise matches to see who plays the best and he [Grant] was terrific in there. He can play numerous positions and he was fantastic [at Bolton], fair play to him.”