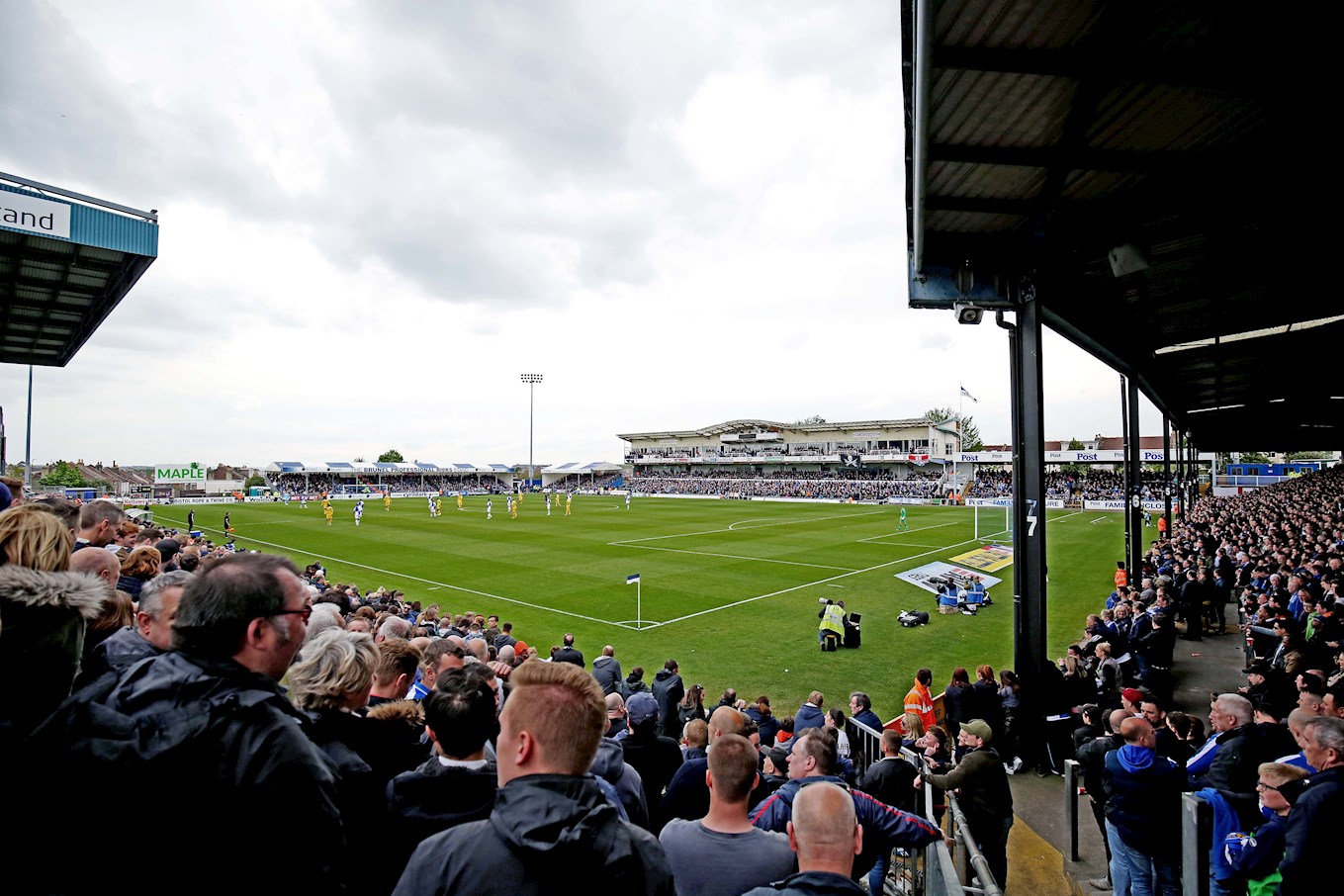 THE Green Army will make a familiar pilgrimage to the Memorial Stadium on Sunday, as we take on Bristol Rovers in the second round of the Emirates FA Cup.

The Memorial Stadium is located on Filton Avenue in Bristol (BS7 0AQ). Travelling from Home Park, the journey is 122 miles. Exit the M5 at junction 16 signposted A38 Thornbury and Filton. At the roundabout head right signposted A38 Filton and join the A38. Travel along the A38 (Gloucester Road) for 4.3 miles as you enter the outer suburbs of Bristol.

On your trip you'll pass Filton Airport on your right, the Royal Mail sorting office and the Royal George and Wellington pubs. At a set of traffic lights immediately past a small shop called Satellite Warehouse and before a timber outlet take an unsignposted left turn into Filton Avenue where you'll see the ground is on your right after just a couple of dozen yards.

The stadium car park is only accessible to permit holders, where attendants will direct car parking. Spaces are not available on a match-by-match basis.

With very few exceptions, finding a space within a five to ten-minute walk is relatively easy - parking on Muller Road is a popular choice as is Gloucester Road although this is often more difficult. If Muller Road and Gloucester Road are busy then there are many other roads across the other side of Gloucester Road - travel past the Wellington pub along Kellaway Avenue and you'll find another area of roads often used for match-day parking.

From the city centre a number of buses run up Gloucester Road and along Filton Avenue directly past the Memorial Stadium. Detailed timetables and bus numbers can be found at the First Group website. Trains also run from the city's main station, Bristol Temple Meads, to Montpelier (less than two miles from the stadium) and to Bristol Parkway (a similar distance). Timetables for trains can be found at the First Great Western website.

A taxi to the Memorial Stadium from the city centre is likely to cost around £6, although with a standing charge of not much less than £3 wherever you cab from, it's likely to make little difference if you catch a taxi if this is your preferred method of transport.