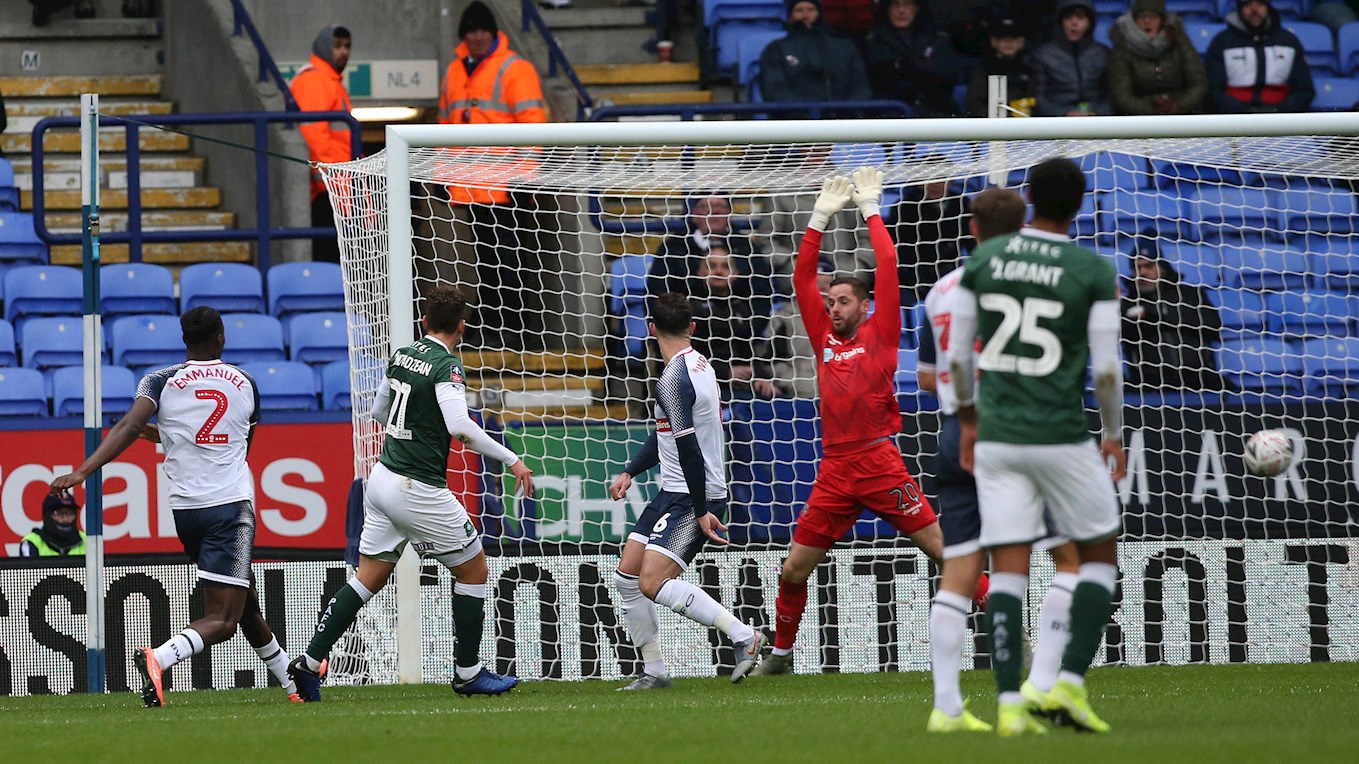 THE added preparation time for Argyle reaped reward at Bolton Wanderers in the FA Cup on Saturday, as a terrific goal from Callum McFadzean booked a place in round two for the Pilgrims.

The postponement of the home game against Grimsby the week before due to stadium damage brought initial frustration for manager Ryan Lowe, especially with the desire to get back playing and banish the memories of a Devon derby defeat at Exeter at the end of October.

Argyle turned that frustration into an opportunity to focus fully on the Bolton challenge and the gaffer was always confident his players would secure a victory, despite some fine talent in the Trotters’ ranks and a superb display from former Pilgrim custodian Remi Matthews for the home side.

“When Grimsby went, I was immediately thinking about Bolton and that’s also what players do,” said Ryan. “When you put in the hard graft in the training pitch and work on the opposition, it’s good when it pays off.

“There are certain games when things don’t reach expectations but I knew my players weren’t coming off that pitch defeated, they were coming off as winners, and they certainly did that.

“Working hard is a given for me. My lads know they’ve got to work hard to get in the team and it’s great when I see players putting in a shift. It’s hard, because when you lose a game of football, you want to get back on it straightaway and then the game was called off last week.

“Remi Matthews is a terrific ‘keeper and the one that did go in has rattled off the bar. We knew Bolton have got some good players, they’re on a transition and trying to stay in the league.

“They will win more games than they lose because they’ve got good players but Saturday was about us. We work on stuff all the time and it baffles me sometimes because I don’t know what people think, but coaches and players have to work hard every day.”