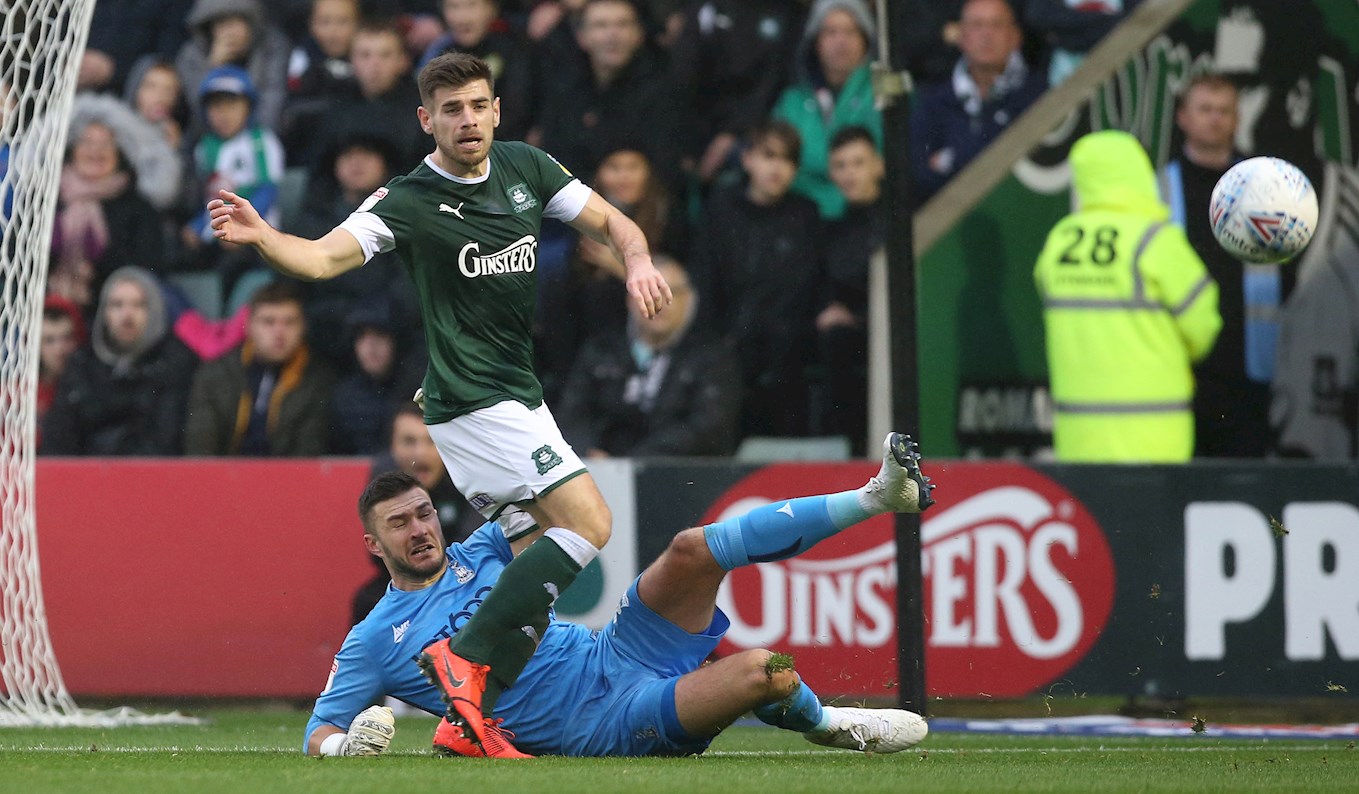 MATCH-WINNING midfielder Joe Edwards was delighted to keep Argyle’s impressive run going against Bradford City in Sky Bet League Two on Saturday, winning 2-1 and climbing to the brink of the play-off places.

After a month’s sabbatical from league action at Home Park, we were almost instantly comfortable with our familiar surroundings and raced into a five-minute lead thanks to Byron Moore’s persistence from close range. Just 20 minutes later, it was Edwards’ turn, doubling our tally with an emphatic left-foot drive after forcing Bradford ‘keeper Richard O’Donnell into a mistake.

Joe was understandably pleased to have come through an extended spell on the road and to have won every game in that period since our defeat to Exeter in late October.

“It was a great win, we’ve played two teams at the top of the league now and got six points, which is fantastic. We have also beaten Bolton in the Cup, too, which is pleasing,” said Joe after the win. “It’s something we have really worked hard on as we knew we had these games coming up, it was massive for us to get the victories.”

Our number eight feels it was an annoyance of his that the Pilgrims were not this consistent in the early part of the season, but now feels that hard work in training is coming to fruition, as they near the top six positions in the table.

He said: “We struggled, especially at home, to get the early goals, to get that today [Saturday] was massively important. We worked on pressing, putting them on the back foot and we did that.

“For some reason I was in the box, it really paid off for me and I ended up scoring. I ended up being there, it led to a mistake and a goal for us which is great. but I feel everyone is on the same page now, we feel we can defend a lead and it’s showing in the performances.”