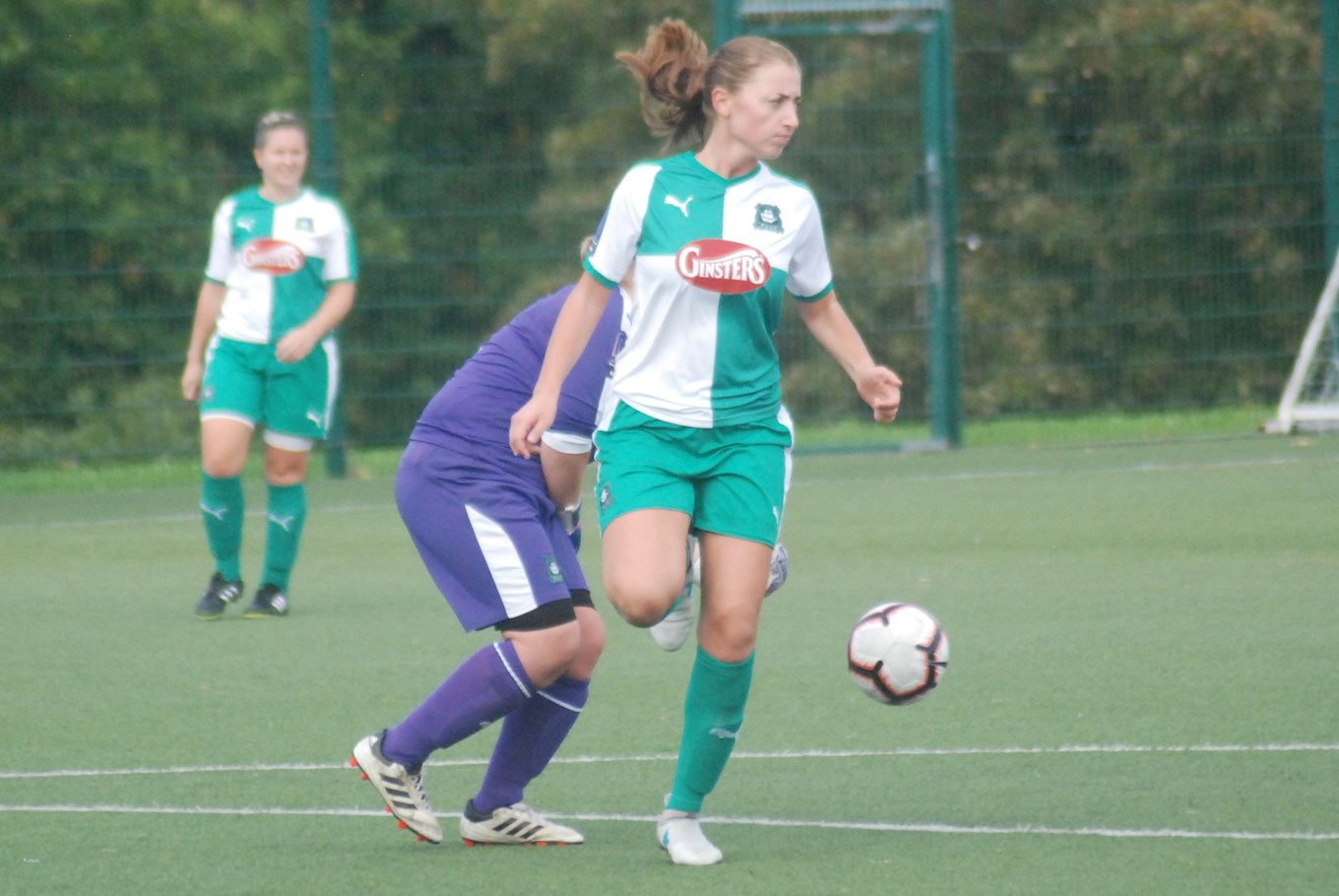 Ladies in the FA Cup

ARGYLE Ladies are within 180 minutes of a meeting with one of the nation’s top sides, such as Chelsea or Arsenal in the fourth round of the FA Cup, provided they come away from Oxford United with a second round victory on Sunday, followed by a win in the third round. There is also the added bonus of picking up a £1,000 winner’s cheque, with the losers pocketing £250.

The Pilgrims are on a remarkable run of ten straight league and cup wins, having beaten AFC Wimbledon last week to reach the quarter final of the National League Plate competition. Once again, the fixtures have been unkind to Argyle as this will be their tenth league and cup game away from home in their 13th match of the season.

Argyle have yet to play Oxford this season but they shared the spoils in last season’s campaign. Oxford won their home game 2-1, when a Kate Middleton goal looked to have earned a draw, only for Georgia Timms to score a late winner. It was just as close in the second game when Argyle won 1-0 through an own goal. Timms will be a danger again as she heads Oxford’s scoring with 11 goals.

The tie will present flying winger Amber Pollock with a personal milestone, as she will be playing her 99th game for the Pilgrims, scoring 28 goals in the process. Also looking to improve on her tally this season is top striker Natasha Knapman, whose double against Wimbledon last week took her season tally to 19.

Argyle are still without midfielder Jessica Jones who is on holiday but have added Greek International defender Panagiota Papaioannou to the squad – who has yet to make an appearance this season. Also returning to the squad is midfielder Kayley Lane who last played in the 2-1 win at Cardiff City six weeks ago. Manager Dave Leonard has also called up coach Vicki Fannon as back up.

“It’s the FA Cup and another away game,” said Leonard. “Oxford are a strong outfit and we have had reports about them and what they can bring, so we know what they have got and how we are going to play.

“It will be good to have Kayley (Lane) vying for a spot as she trained this week and Panagiota Papaioannou who also trained, so she will be looking to add her name to the squad. This means teenager Beth Everson returns to the Development team.'

“It would be nice to go to Oxford and get a win and keep the bandwagon going, as our season could be defined in the next four games. We are taking one game at a time and let’s see where it takes us. It would be nice to get a good cup run going - maybe eventually getting a big team down here, so we will go there trying to get a result.”

Following the Oxford tie, Argyle are due to play Watford (H), Oxford (A) and Crawley (H)) in the FA Women’s Premier League Southern Division.

Argyle’s Development team will also look to continue their impressive recent form of six straight league and cup victories. The South West League Western Division leaders are visiting Alphington in the second round of the Bristol Soccerworld League Cup.

The youngsters were beaten 3-2 away at Alphington in the opening league game of the season but won the return fixture 6-1 to start their recent winning run, so it promises to be an exciting game.

The Development team will be without central defender Leah Johnson but could welcome back Maisie Williams who missed last week due to a virus. Other than that, the team will be relying on their young prospects to take them into the next round.

Manager Rob Bonney is happy with the way the squad is developing but he keeps the emphasis on improving and learning from every game. “We are far from the finished article but we are building and gaining experience from every game we play,” he said.

“When this team is on it, they are exciting to watch. It is a case of maintaining a certain level of consistency and concentration throughout 90 minutes and eventually that will come with time.”