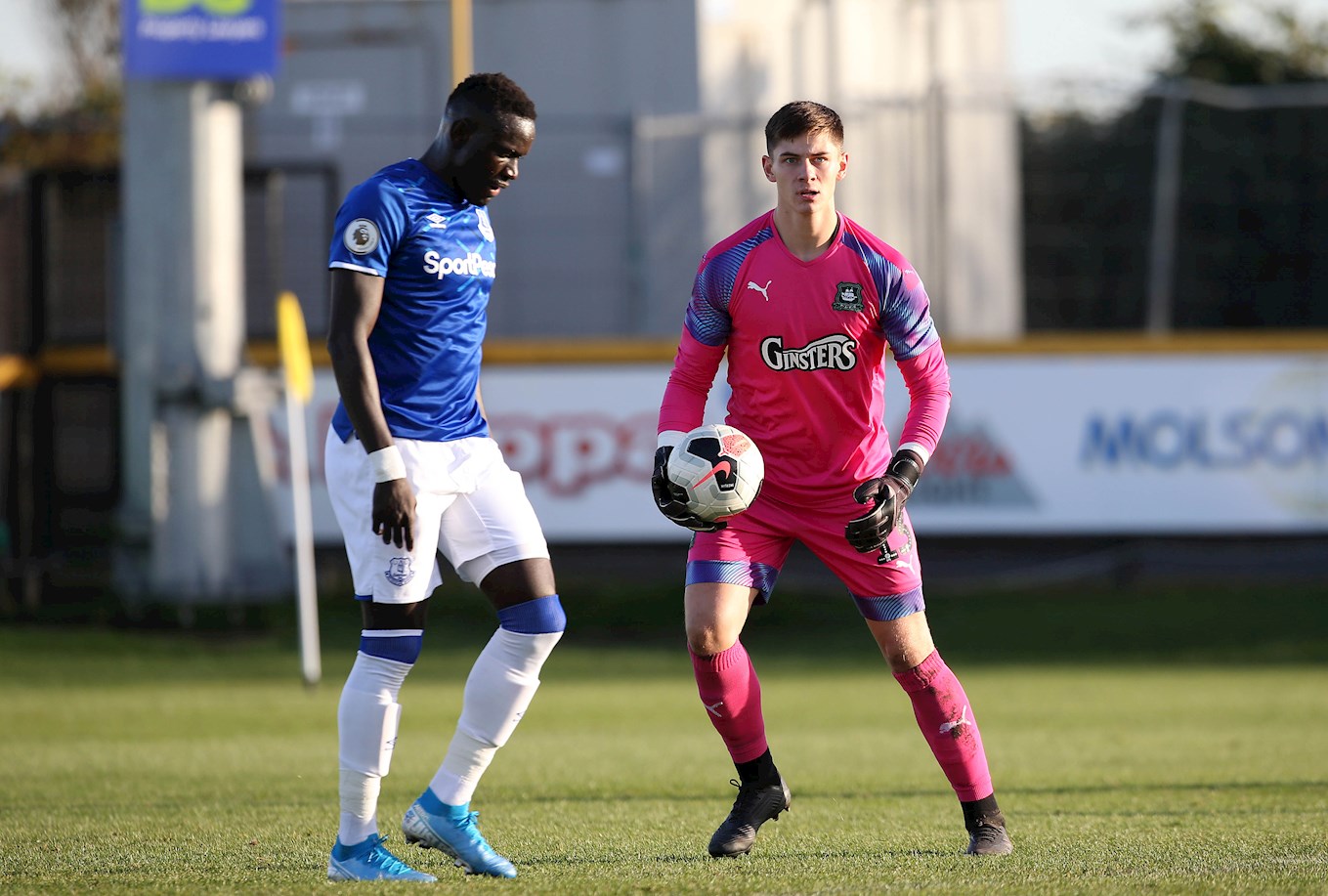 YOUNG goalkeeper Michael Cooper has been one of many Pilgrims feeling buoyed this week after a weekend of positive performances for Argyle.

Less than 24 hours after being a substitute for the FA Cup win at Bolton, Coops was in fine form as Argyle earned a deserved 1-1 draw at Everton in the Premier League Cup, coming from behind to equalise through a Billy Clarke penalty.

It was a hugely impressive goalkeeping display from the young custodian and reflective of growing confidence in the Pilgrim camp as we prepare for the next challenge at Forest Greens Rovers on Saturday.

“I loved it and a draw was what we deserved,” said Coops. “The boys worked their socks off to get the draw and a fair result overall.

“Everyone grafted really well, the senior boys and younger boys all working hard, everyone had a really good game. It was a good team performance and good team spirit to come out with a draw.

“We went over in the hotel that we don’t fold, that’s not what Argyle are about. We showed a good reaction [to going behind], we went forward and created chances.

“Playing against Premier League competition and arguably one of the best teams in Europe at this age, you know you’re going to be tested and that’s what we want. I’ve kept working, kept believing in myself and doing things right in games.

“The boys have helped massively and everything is falling for me at the moment, so let’s keep it going. We now go to Fulham in the next game [in the PL Cup], knowing we can score goals and also keep the ball out of our net.

“I wouldn’t have it any other way at 20 years-old. I was on the bench [at Bolton] and a cracking win, even though it was freezing, and then playing against Everton.”