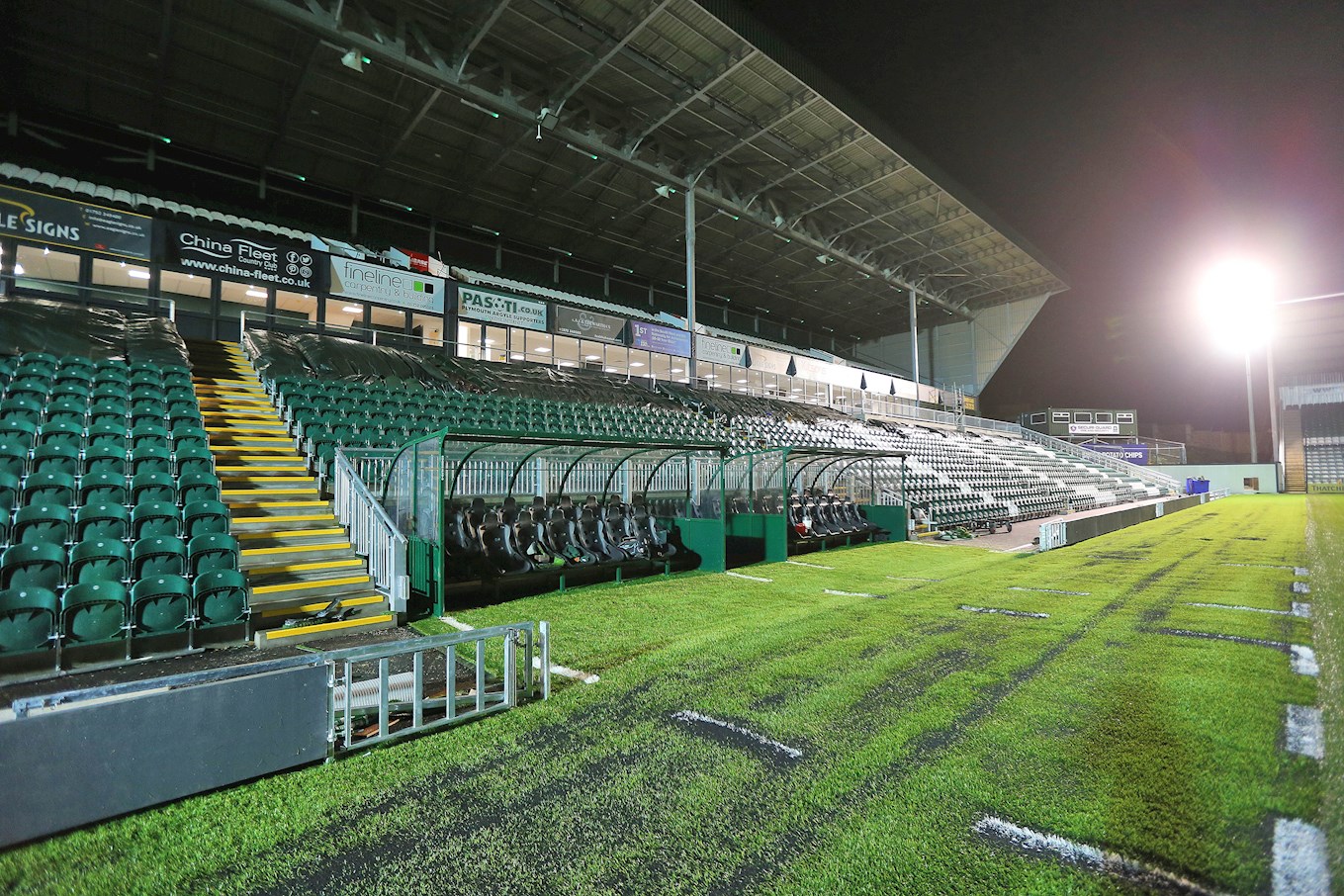 PRICES for the top tier of the newly-developed Mayflower Grandstand will be the same as those in the rest of Home Park Stadium for the remainder of the 2019-20 Sky Bet League Two campaign.

Using Standard Match-Day Pricing, that means that an adult ticket in the Upper Tier will cost £23 if bought in advance, while seniors and under-23s can view Home Park from the loftiest platform for £18 per game. Meanwhile, entry for Under-18s, Under-12s, and Under-8s costs £9, £6 and £3 respectively.

The value for money does not stop there, as standard seating in the Mayflower Grandstand Lower Tier is the cheapest in the ground. Bought in advance, an adult ticket costs £15, with a senior or under-23 ticket costing £12. Under-18s can sit in the Lower Tier for just £5, with under-12s and under-8s taking their seats in the Theatre of Greens for £4 and £1 – bargain!

Half-Season Tickets for the Mayflower Grandstand are now on sale, alongside the rest of the stadium. The ticket takes effect from the home encounter with Stevenage on Sunday, December 29, and carries through to the end of the Sky Bet League Two campaign, which is beginning to ramp up nicely.

Due to stadium regulations, the Mayflower Grandstand must undergo a number of test events with reduced capacity before it is fully opened – which is scheduled to occur for the New Year’s Day clash with Swindon Town.