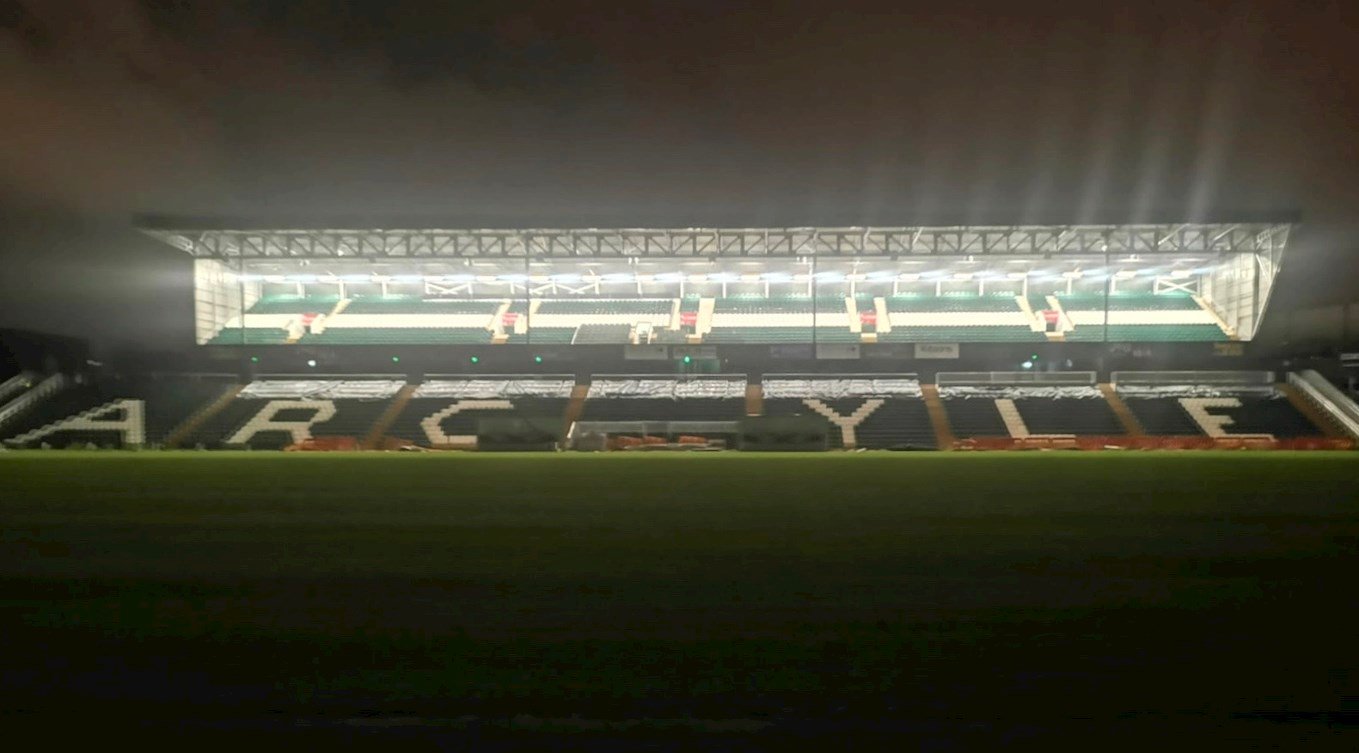 RYAN Lowe has described how phenomenal it is to see the new Mayflower Grandstand development at Home Park reach the final stages.

“The stadium is starting to take shape – this Saturday will be the last game before we get some fans in there, which will be nice,” said the Argyle manager.

“I’m looking forward to it opening. It’s been a long process and everyone involved deserves a pat on the back, because it looks phenomenal.”

Ryan has also revealed how he can’t wait to see stage two of the development get under way, with future hopes to complete the stadium circle at Home Park, although the immediate excitement is to enjoy the fruits of amazing investment from chairman Simon Hallett and the hard work that has gone into the Grandstand project.

“Simon Hallet has put a lot of money into the club and it’s superb,” said Ryan. “I’m aware that they do have planning permission to come around and build up and that’s fantastic.

“The club has to be able to stand on its own two feet until we start climbing the leagues. We know this club should not be in this league, so we are building for the future.

“I was in the Grandstand the other day, looking at my office, it’s unbelievable inside.”

The ultimate excitement and satisfaction will be seeing the Green Army fill the new Mayflower Grandstand when it officially opens on New Year’s Day, when we face Swindon Town in Sky Bet League Two.

“An 18,000 all-seater for League Two is certainly quite impressive, we could potentially have that many people here on New Year’s Day,” said Ryan.