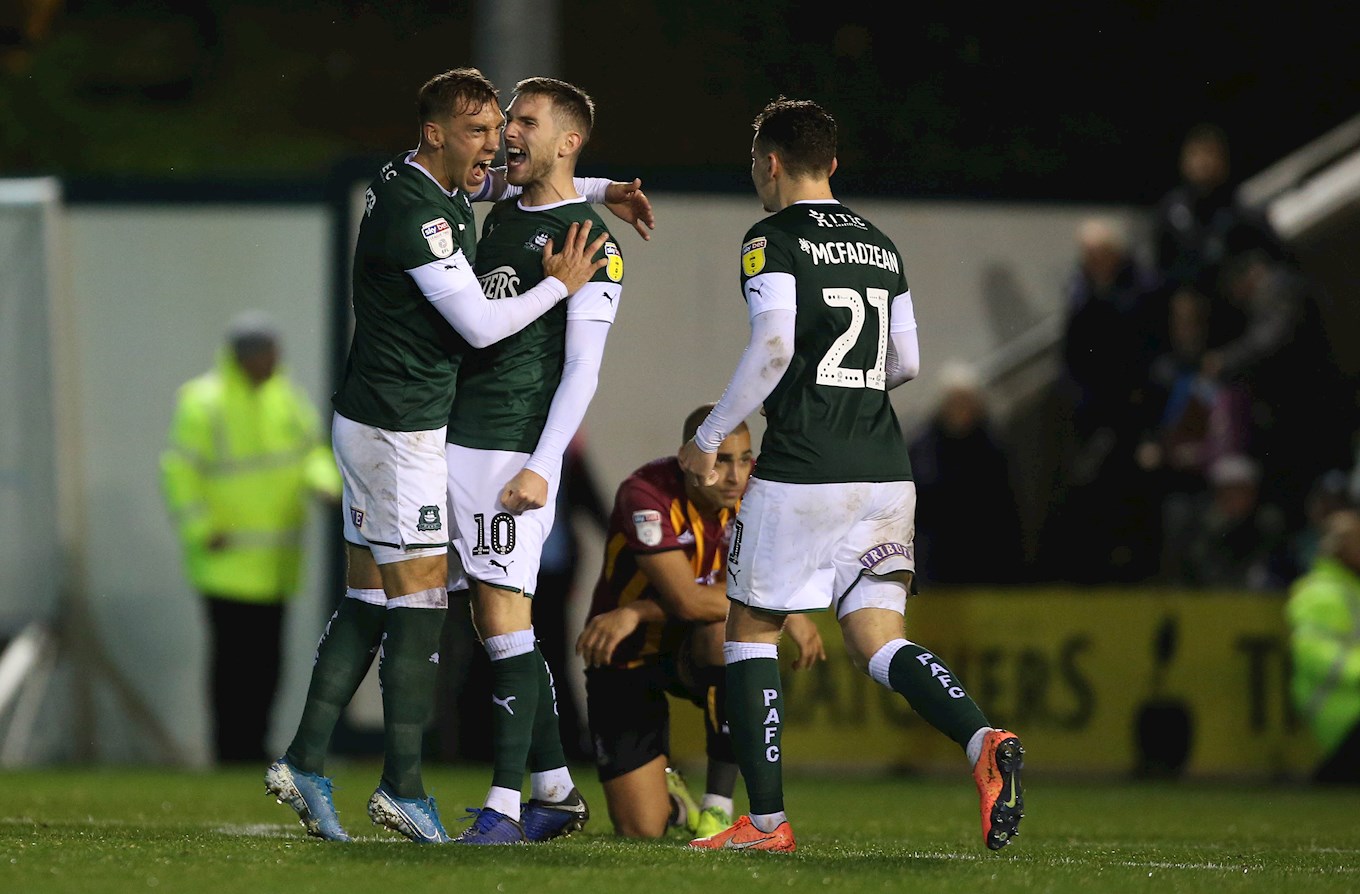 IN a classic example of showing both sides to the football art, Argyle were rewarded for being ruthless in attack and resilient in defence to secure a 2-1 win over Bradford City in Sky Bet League Two.

The Bantams arrived at Home Park sitting third in the table but faced a Pilgrim side looking to continue the momentum from a win at then-leaders Forest Green last weekend, and Byron Moore delivered the ideal start with an opening goal inside five minutes.

Joe Edwards pounced on a defensive error to double the lead before half-hour was on the clock and Argyle were in control, but a deflected own goal off Niall Canavan early in the second period gave Bradford some impetus and it was a terrific end to the game before Argyle confirmed a deserved three points.

“When a team changes shape at half-time, it shows that you’ve done something well. Some of the football we played today was terrific, some of the moves and the passages of play.

“We could have finished them off but they put their bodies on the line, cleared off the line. Overall, I’m pleased with the points.

“It was disappointing to concede an own goal from a ricochet but when you beat the top of the league 1-0, followed by third in the league 2-1, you’ve got to be happy.

“We work on things every day, work hard through the week and some of the performances were phenomenal. We are going to come up against teams throwing the ball forward but our boys are up for that, and they can deal with it.”