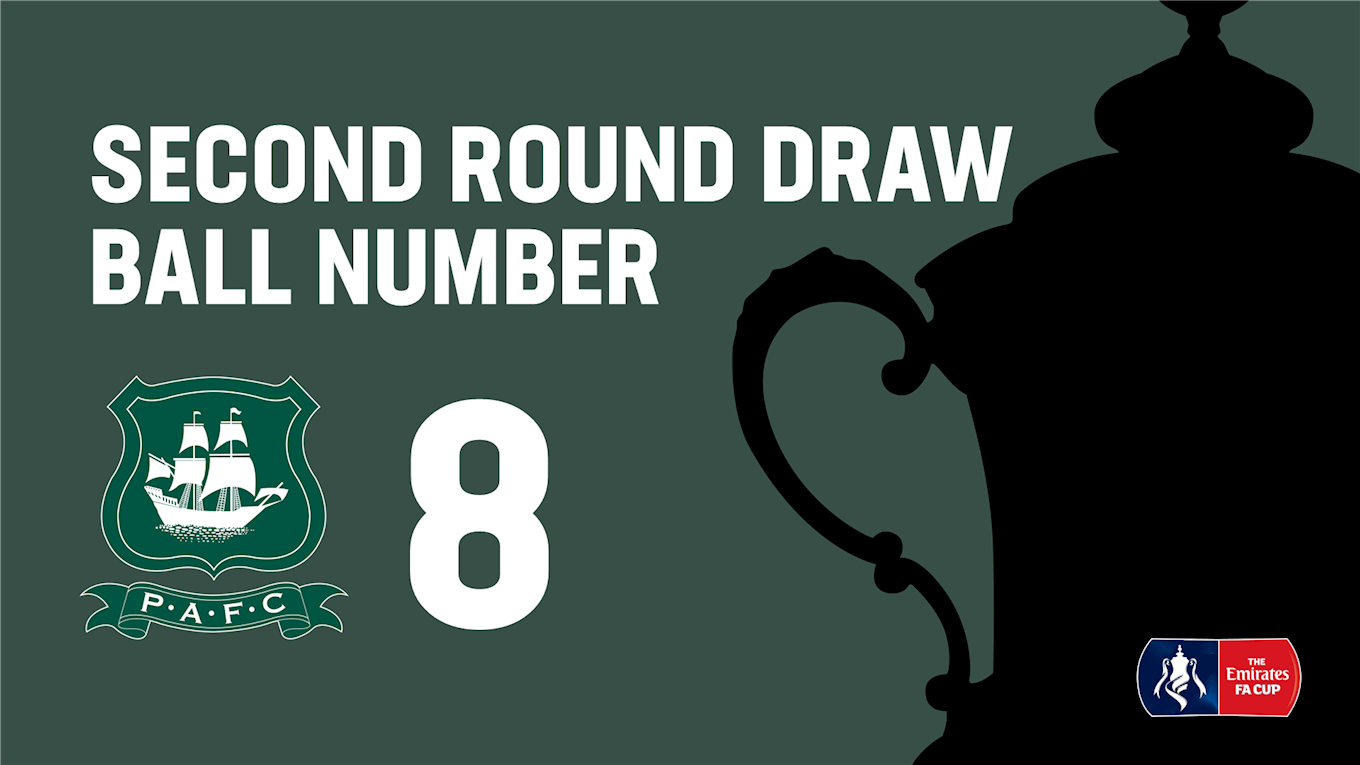 ARGYLE will be ball number eight in the second round draw of the Emirates FA Cup after securing their place in the hat with an excellent 1-0 victory at Bolton Wanderers.

The draw will be broadcast live on BBC Two from 7pm tonight and held at Oaklands Park, the home ground of Chichester City, the lowest-ranked club left in the competition.

Pilgrim boss Ryan Lowe would naturally like a home draw in the next round but his priority is progressing in this prestigious competition.

“You just want a good game of football and, whoever we come up against, we will pit our wits against them,” said Ryan. “I like good footballing teams and Bolton tried to play good football, but also affected it with big lads.

“You’d always like a home draw because you think that’s an advantage but, whatever comes our way, we’ll take it. Every cup competition we’re in, we always want to do well and the FA Cup is the biggest one we can play in.”