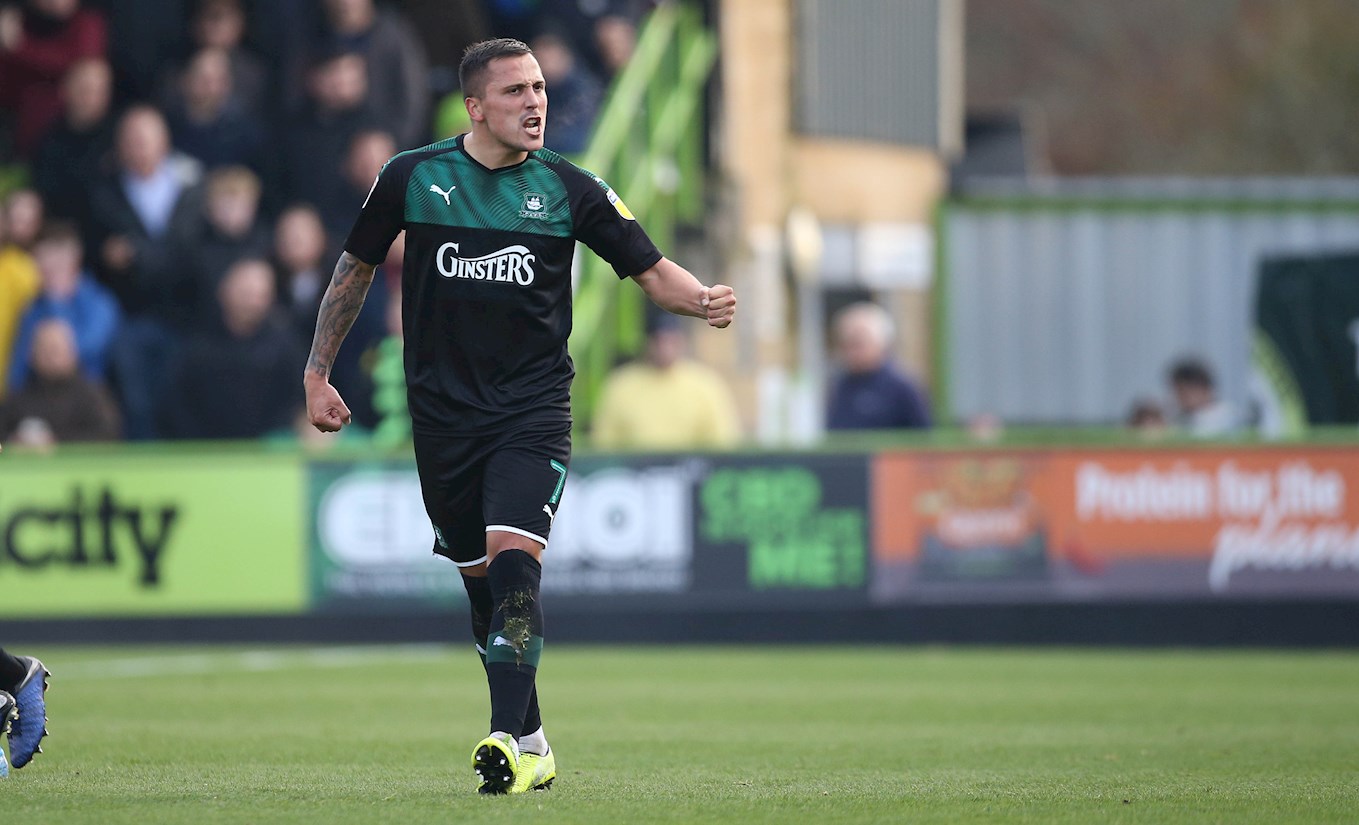 FOLLOWING two big wins for Argyle against Bolton Wanderers and Forest Green Rovers, the match-winner at FGR believes the success was based on balance.

Both victories ended in 1-0 victories and Antoni Sarcevic scored the only goal at Forest Green, but the biggest source of pride was Argyle’s ability to take their chance in attack and stay strong in defence.

“If we won 1-0 every weekend, everyone’s happy, so we’ve worked on [holding on to a lead] because it was something we were struggling with at the start of the season. You can see a different side to us, so it’s going to help us going forward.

“The clean sheets are massive and then it comes down to the attacking players to produce goals to make it a bit easier for the defence. We’ve seen in the last two weeks there’s a bit of both, creating a bit of a quality for the top end and we know how to see games out now.”

The satisfaction of such a solid win at the league leaders comes in stark contrast to Argyle’s previous away game in the league – a painful derby defeat at Exeter.

“We’ve been to Exeter, which was disappointing but we’ve come away and beaten the top of the league,” said Sarce.

“That’s going to happen in this league. Teams, wherever they are in the league, are going to pick up points, we just need to make sure we focus and look after ourselves.

“We’re still in November, things are going to happen, we’ve done well, and we need to make sure we carry on this consistency because that’s key now.”

On a personal note, Sarce wants to bag himself a few more goals, help his team-mates out but he also wants to repay the Green Army for their constant support, home and away.

“It’s nice to know that gaffer had faith at the start of the season,” he said. “I’m just trying my best to help the team as much as I can, that’s all that matters to me.

“It’s always nice to get a goal and make sure were pushing in the right direction. I want to do as much as I can to stamp a mark and get us back up into League One. It’s the biggest thing on my mind this season and the lads are all on the same page.

“It’s a massive piece of me now and I think I owe a lot to the club, the fans and everyone from Argyle to get them back into League One. We took 1,200 to Forest Green, “it’s the best fanbase by an absolute mile and we need to make sure that we repay that.

“The lads this year know that the fans travel in numbers and show their passion and it’s something we do appreciate.

“It’s all exciting, we just need to make sure we do the stuff on the pitch and we can all enjoy the last stage of the season.”