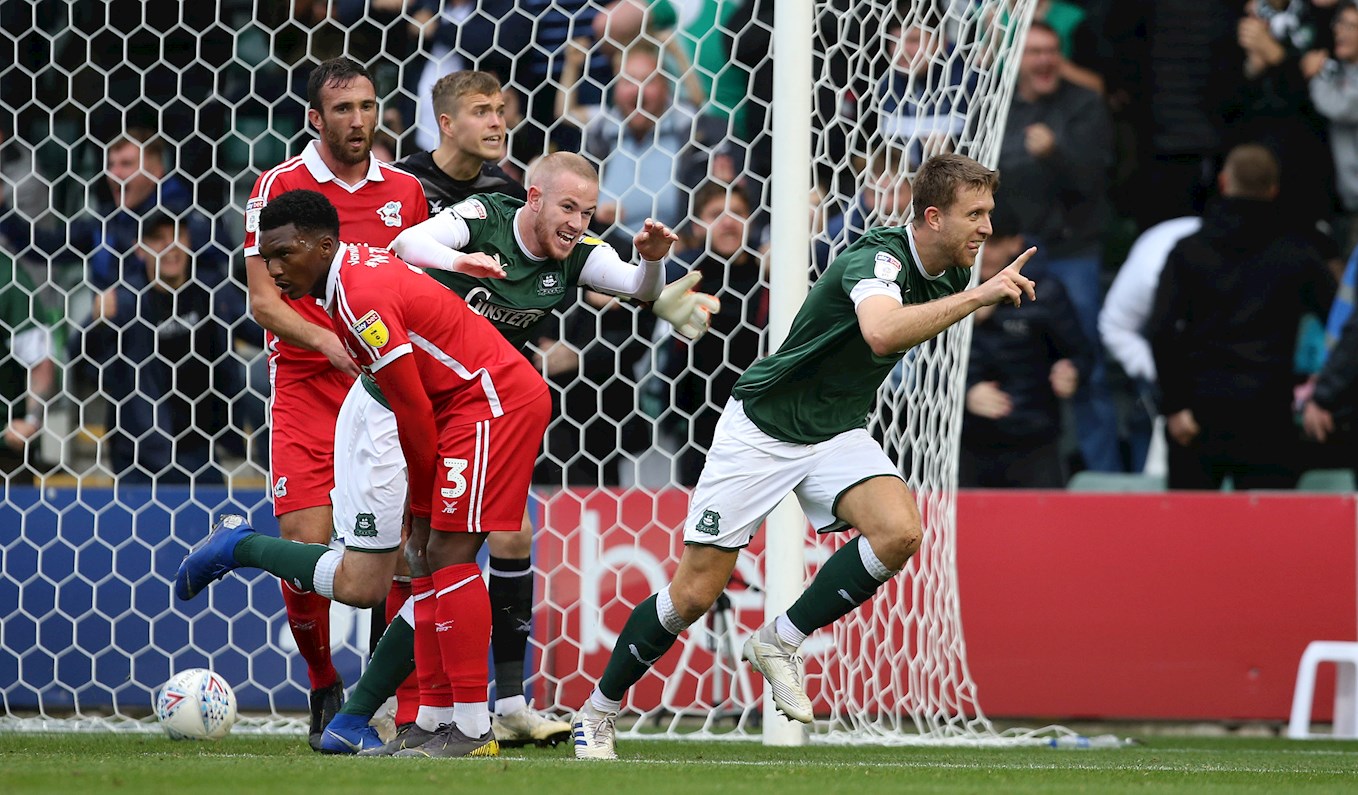 A GAME that should have been a career highlight for Will Aimson ended in crushing disappointment for the Pilgrims’ centre-back as Argyle conceded a late goal to draw 2-2 at home to Scunthorpe United.

Will netted two goals in a match for the first time as a professional as a lacklustre Argyle overcame an early strike from Alex Gilliead to lead well into time added on to the Sky Bet League Two match.

However, a Scunthorpe route one ball from back to front caught out the Pilgrims’ defence, leading to a late, late equaliser from Abo Eisa.

“You ask any defender – if you’ve scored, but not won the game and you’ve conceded, you’d trade your goals all day long to win 1-0.

“We’re disappointed. We know we weren’t really at our best, but going 2-1 up with 10-11 minutes left, you have to see the game out. There’s no other way around it.”

The dramatic denouement and sub-par performance were possibly harder to take in light of the previous week’s gutsy display in achieving a hard-fought 1-0 victory at Mansfield, when the defence and goalkeeper Alex Palmer stood strong to achieve the win with a clean sheet.

Will said: “It was a tough game at Mansfield and we really dug in, as a whole team. I wouldn’t say the back three or the back five – it came straight from the front, the top boys, and we really did dig in and worked hard.

“That’s why it’s so gutting. To get that close to getting the [three] points and then a soft goal to concede.

“It’s a tough one to take. It’s fine margins. You look at Alex last Saturday – he’s made a great save for us in the last minute; he could have done the same [Saturday].

“We have got to limit teams to those chances late on if we’re a goal up. We are going to have a lot more scenarios like that this season, so we have got to learn. We have got to be tighter and tight-knitted at the back.

“Last Saturday, we ground out a clean sheet and got a win; we weren’t as good [against Scunthorpe] – that’s out there for everyone to see. It’s frustrating. We need to get that consistency and start putting runs of results together.”