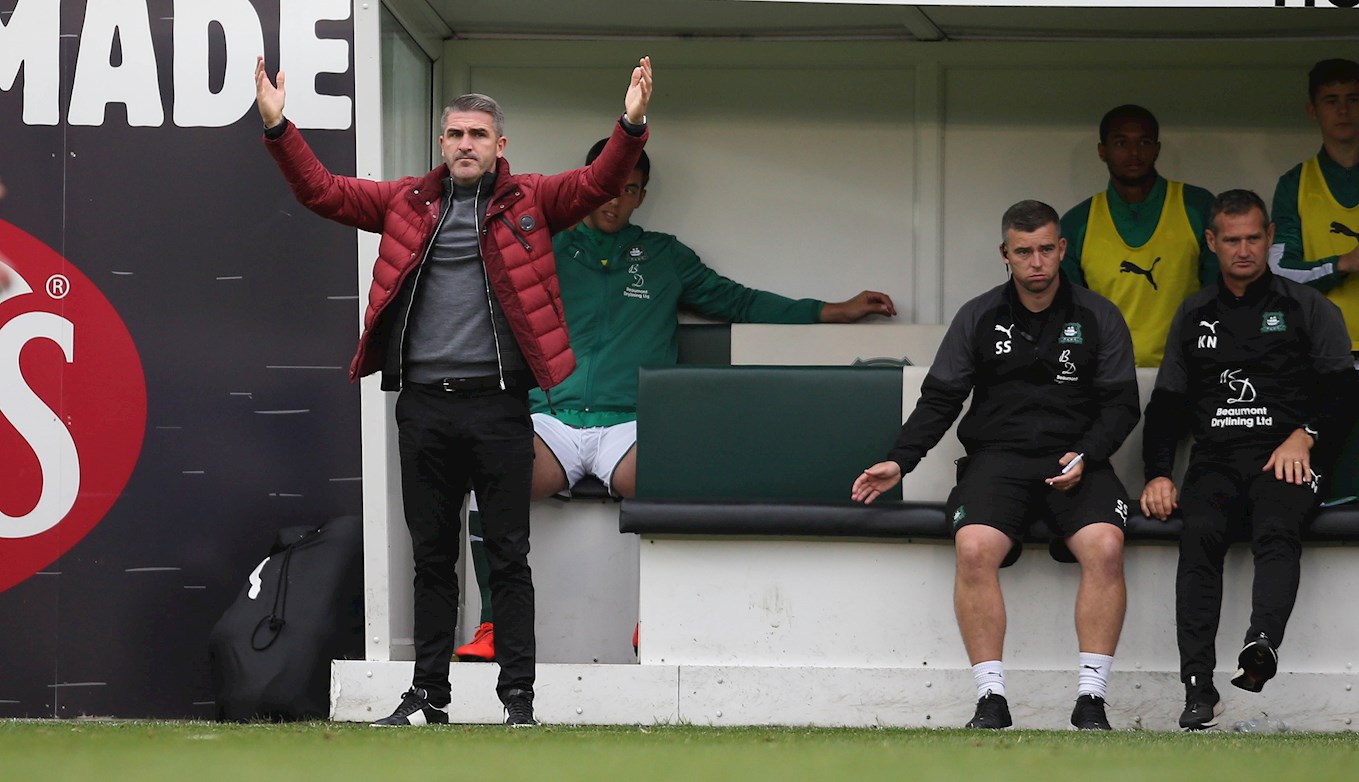 ARGYLE manager Ryan Lowe made no attempt to hide his anger and disappointment after a late goal denied the Pilgrims three ugly points at home to Scunthorpe United.

After battling to a 1-0 win at Mansfield in Sky Bet League Two last weekend, this was a performance at the other end of the spectrum, as a double from Will Aimson, sandwiching goals from the visitors failed to mask a lacklustre display.

Alex Gilliead scored early for the visitors before Aimson struck either side of half-time but Abo Eisa earned Scunthorpe a point with his leveller in injury-time, and Ryan pulled no punches in his assessment.

“I’ve always said that we’re not quite there yet and that just proves it because, whatever you do, however you do it, you make sure you don’t concede when there’s 30 seconds or a minute ago.

“They’ve all failed in the attempt to win three points today, which I’m angry about because to get where we want to get to, that can’t happen.

“You see different sides to them [the players]. You look at last week [at Mansfield] and it should have been the same. We can’t just let one guy have it and another guy run through it. We work hard for our goals, we work on set-pieces every day but teams are not working for goals against us, they’re given them.

“We should be scoring [more] but it’s pointless talking about that. We’ve got two goalscorers on the injured table and that’s no disrespect to the other lads, we know where it stands. We can’t keep continuing to score two goals at Home Park and come away with a point, it can’t happen.

“I thought it was a disgusting game from start to finish. We didn’t have energy, our decision-making was poor and we stumbled when we got into the final third.

“No disrespect to Scunthorpe but their coming to our turf, and we’ve got to be in their faces. I was disappointed with the whole game and at one point, I thought we’d nicked three points, but the lads would have still been told where the wrongs were.

“We nearly nicked it but the football was poor from both teams. The standard wasn’t great today and they say good teams win ugly. We’re not quite a good team yet because we didn’t win.”