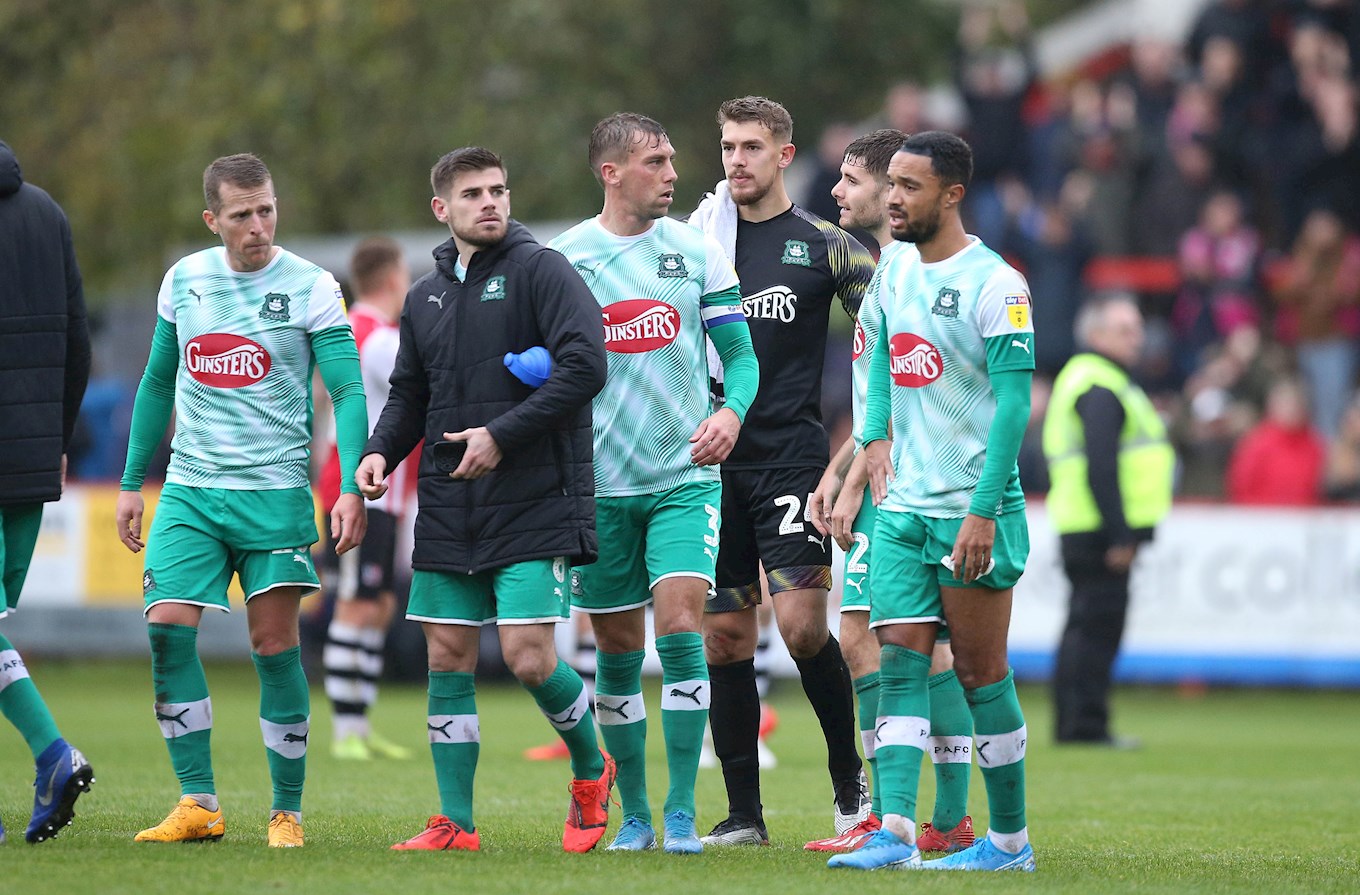 ARGYLE manager Ryan Lowe has apologised to the Green Army after a very disappointing Devon derby ended in a 4-0 defeat at Exeter City.

The Pilgrims travelled to St James Park with confidence high from successive wins over Carlisle and Leyton Orient in Sky Bet League Two, but were unable to find anything like that rhythm, going down to goals from Tom Parkes, Randell Williams and a Nicky Law brace.

It is a tough result to take for everyone involved and the gaffer has sent his apologies to our magnificent supporters, who had such high hopes for this game.

“We’re obviously disappointed to lose a derby 4-0,” said Ryan. “We’ve let the fans down and we’re very disappointed in that. We apologise to them for that.

“We have to bounce back very quickly. I’ve bedded myself in down here, I know what it’s about in a derby between Argyle and Exeter. That’s why I apologise to them [Green Army] because it wasn’t good enough.

“They’ve travelled in their numbers and we could have sold it three times over. It’s disappointing for me as a manager that we didn’t play our football, didn’t play the way I like.

“It was a game of football we wanted to win and we haven’t done that. We were beaten by a team that wanted it more than us today and that’s disappointing. It’s not good enough, we know that.

“Nobody means to get beat. We haven’t gone out there and rolled over. We just haven’t stuck to the plan and to the way we want to play. They got in our faces and we tried to force it.

“We’ve got terrific fans and we apologise to them. We have to get over it and we know they will be sticking with us through thick and thin.”