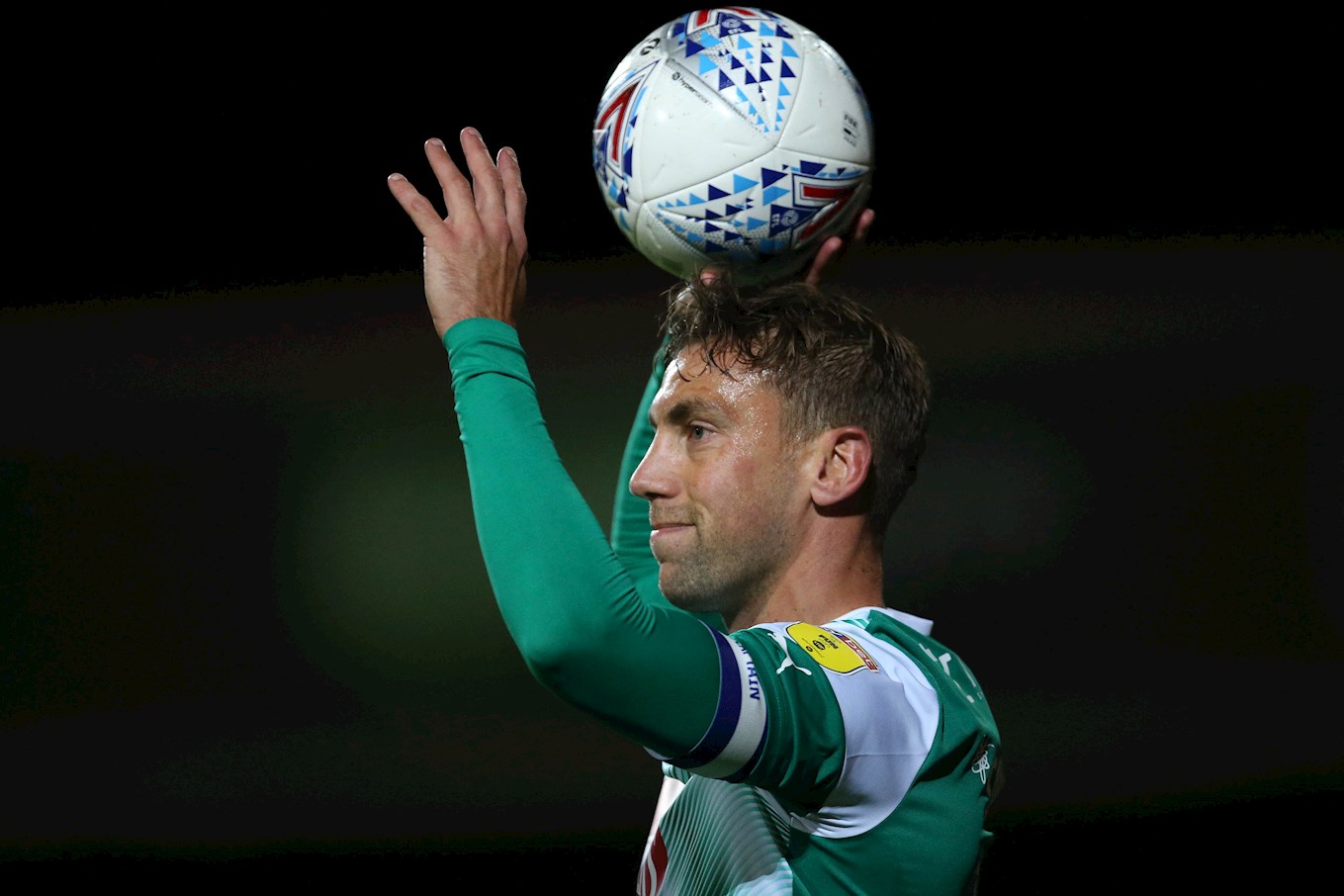 SKIPPER Gary Sawyer vows Argyle will start again when they visit the Energy Check County Ground for the second time in a week.

The Pilgrims travel to Swindon Town in Sky Bet League Two, just days after beating them 3-0 away from home in the Leasing.com Trophy, with goals from Zak Rudden, Joel Grant and Joe Riley.

There will be a different atmosphere on the weekend with hordes of Green Army fans travelling to Swindon, and some believing that it feels like a local derby.

“It is almost a derby I suppose, it will be a great atmosphere knowing we’re travelling like we always do, and it should make for a good game,” said Gaz.

As an away side, it must make the players feel that bit more comfortable going into the game because they know what the pitch is like, and also know their bearings around the ground.

“I suppose it does and it doesn’t,” said Sawyer. “It is familiar for a week, it’s rare, this is the only real chance that you play twice in a week like that but it’s good. I’ve played at Swindon enough times to know what it’s like anyway.

“It does refresh your mind and it’s quite nice, because you can kind of picture what you are going to see before you go to the game. You know how the pitch feels, you know how it works and know how it runs, so it’s definitely a heads up.”

However, Saturday’s game is going to be different with it being a league fixture. Swindon are five places above Argyle in the table, so there is a lot more to play for, as a win would see them close the gap on the Robins.

“I think we start again, but you have to obviously be upbeat after it,” said Gaz. “If you go into a game playing each other twice in three or four days then it’s not ideal, especially both being away, which is a bit of our luck with fixtures sometimes.

“You’d rather win the game than not and we played well [on Tuesday], so we can take that into the game and say we’ve got nothing to fear.

“They [Swindon] are a good side and we know that, but so are we, so it should make for a good game.”