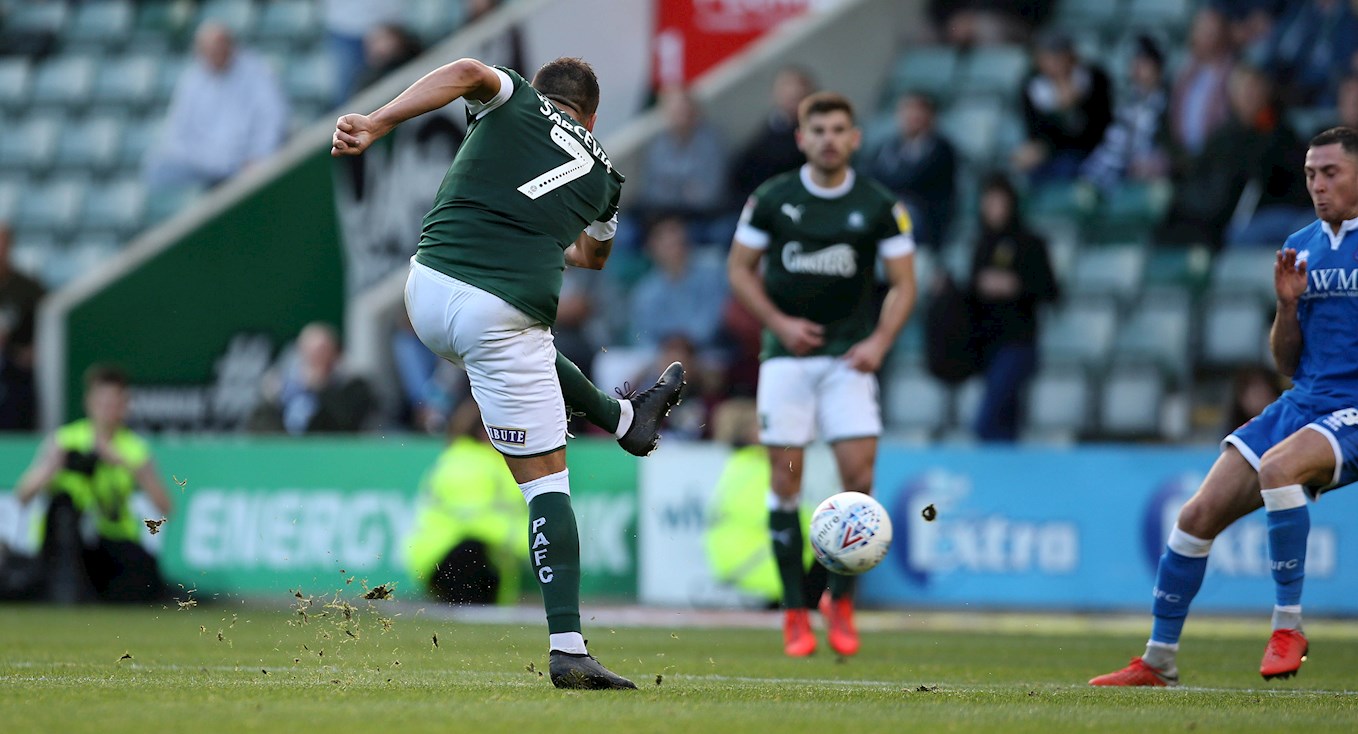 ARGYLE take on Exeter City in today’s Devon derby with a feeling the Pilgrim season is back on track after successive home wins over Carlisle United and Leyton Orient.

After a difficult September, the Greens have found their rhythm in recent weeks and manager Ryan Lowe is enjoying an upward trend for his team in the unpredictable world of Sky Bet League Two.

“We’ve had to make up points to get on track,” said Ryan. “Overall, when you get two back-to-back wins and 23 points from 15 games, it’s pretty good.

“I always say in this league there will be ups and downs. There will be teams that go on a good run, that’s just the way football goes. Anyone can beat anyone, we’re just happy with the work we’ve put in on the training ground.

“We’ve kept the back door closed and we’ll always score goals. We haven’t done things much different, just been a bit more clinical in both boxes. We’ve had two clean sheets, a 2-0 and a 4-0, which is what you want as a manager.

“When you work on things, it ultimately pays off.”

Despite that recent success for Argyle, form is rarely a factor in the cauldron of derby football but the Argyle gaffer is just focussed on three points that would see us leapfrog Exeter in the play-off positions.

“If we win, great. If we get a draw at Exeter, then it’s a good point. They’ve conceded some goals of late and we’ve scored plenty of goals, but that goes out of the window. It’s going to be two teams locking horns for three points.

“They’ve been at the top of the league for a while and you’ve got to give them credit for that. They got off to a flyer and were unbeaten in so many games.

“Sometimes, that makes the rivalry a little stronger because Argyle will be thinking that should be us. We know we can overtake them if we win and they know they can claw away from us.

“We won’t play the occasion. For me and my lads, we’ll make sure we go about our business right, we’ll train as normal and we won’t change anything because it’s just another game of football.

“I get it if it’s a cup final or a game you need to win for promotion, but even then, we’d still do our normal stuff. It just gathers a bit of momentum and the fans are obviously excited.

“I’m excited to be manager of Argyle in a Devon derby but we will go about our business in the normal way.

“They’re all big games because of the rivalry but we’ll go about our business the right way, and I’m sure Exeter will do the same.”

In the opposing dug-out to Ryan will be Exeter’s Matt Taylor, a former team-mate of the Argyle manager in their non-league days with Burscough.

“Matt Taylor has done a terrific job up there,” said Ryan. “It’s a club that, not being disrespectful, is different to Argyle. The expectations for us are massive, the expectations for them I wouldn’t have thought are too massive.

“He’s done a terrific job, he brings the kids through the youth system, but we’ve just got to worry about us. They will be hard to beat and will be looking to put points on board, just like us.

“I played with him in the same non-league team and he was actually a goalkeeper then. I’ve known Matt for many years and he changed from a goalkeeper to a centre-half.