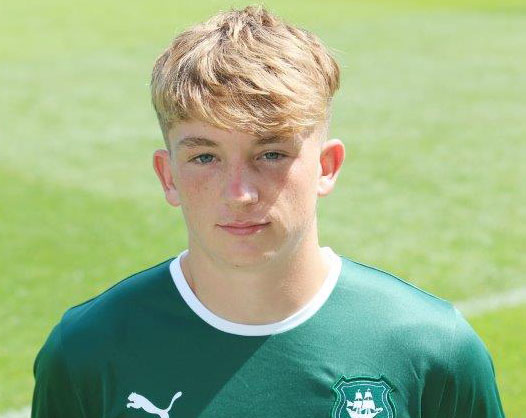 ARGYLE put their disappointing display at Yeovil behind them as they came from a goal down to deservedly beat their Westcountry rivals in the EFL Youth Alliance League.

The Pilgrims started brightly but found themselves behind on 21 minutes when the home left-back cut inside to send a right-footed drive across goalkeeper Harry Townsend and into the far top corner of the Argyle goal.

While controlling possession and moving the ball around quickly, Argyle failed to extend the Gas 'keeper in the opening 45 minutes but the second half was a different affair.

Argyle were back on level terms within two minutes of the resumption, as Rubin Wilson played in Jude Boyd, who promptly fired inside the Rovers’ near post. The Greens dominated the rest of the half with defender Isaac Burdon twice hitting the woodwork.

Continued pressure finally led to Argyle winning a penalty, 11 minutes from time, as a good run by Jeremiah Medine ended with him sent flying in the box, but Wilson's spot-kick was well saved by the Rovers’ custodian.

Argyle did not let this trouble them, as four minutes later, Wilson showed great resilience before driving home a free-kick from the edge of the area.

"The lads worked extremely hard and thoroughly deserved their victory and, just as important, all the staff were delighted with the performance," said Argyle Academy Manager Phil Stokes.