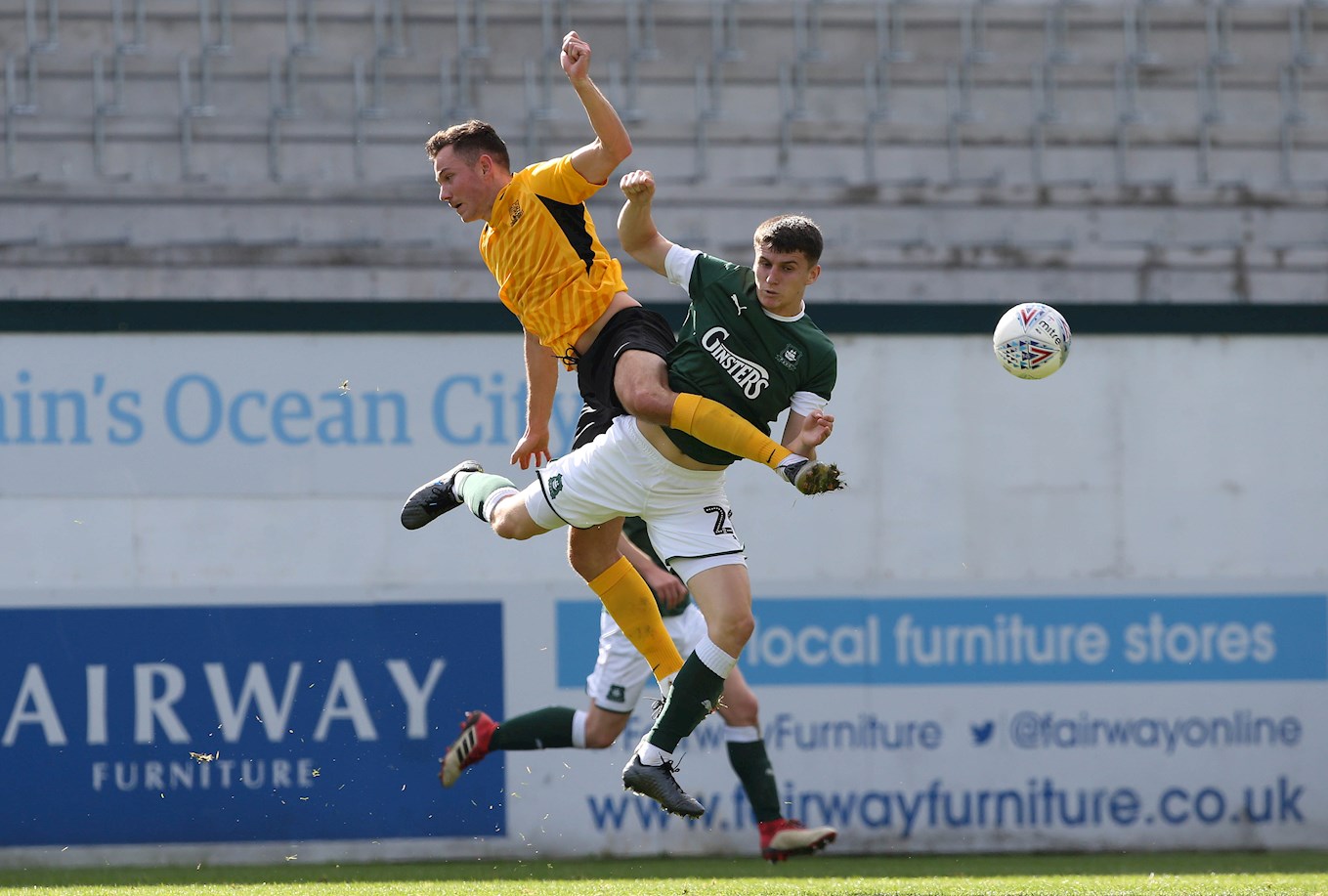 A GOAL in either half from Matt Rush condemned a youthful Pilgrims side to narrow Central League defeat at Home Park.

The second-half was bereft of opportunities for both sides, but it was the visitors who made their one clear opportunity count, with Rush tapping in at the far post after a well-worked move across the box.

The visitors also fielded a young eleven; although Hopper, a 25-year-old striker with well over 100 EFL appearances to his name, was by some distance the most experienced player on the pitch.

The opening stages of the game were tight, although the visitors grew into the ascendancy as the game wore on, with the duo of Rush and Hopper looking particularly menacing. For Argyle, the majority of the attacking impetus was provided through Fletcher, the player in the side with the most first-team appearances, and Randell in midfield.

Cooper made a number of good saves to deny Eren Kinali from distance as both sides searched for a meaningful opening - but could do nothing about the Shrimpers’ opener on 31 minutes.

A long ball downfield found Hopper on the edge of the area. The ex-Scunthorpe striker won the aerial contest with ease, flicking on expertly for the advancing Rush, who slipped into the box and lobbed over Cooper with composure.

The goal, though, brought the Pilgrims to life. Randell forced a set-piece opportunity with a surging run from deep, which was halted by a lunging challenge on the edge of the area. The Greens’ skipper dusted himself off to curl the dead ball narrowly over the bar, via a deflection, before delivering a corner which was headed narrowly wide by Fletcher at the near post.

Fletcher turned provider soon after, racing to the bye line to pull the ball back for strike partner Rubin Wilson, who could not force his effort beyond a gauntlet of Southend limbs on the goalline.

Randell finally got his assist on the brink of half-time, a pinpoint delivery finding Peck on the six-yard line, who connected sweetly with the header to draw Argyle level in first-half stoppage time.

The second-half began tentatively, with neither side able to carve out anything approaching a clear-cut opportunity. The first of these fell, as it did in the first period, to Southend, with Tom Clifford’s left-footed drive from the edge of the area tipped away superbly by Cooper.

With an hour played, the visitors withdrew Hopper and midfielder Oshane Stewart, introducing Emile Acquah and Sam Brogan from the bench. The pair made an instant impact to combine for Southend’s second goal.

Acquah snatched possession back in an advanced position and immediately offloaded to Brogan on the edge of the area. Brogan worked the ball across the Pilgrims’ defensive line until it found Rush at the far post, who coolly converted from six yards out.

As they had in the first-half, the Greens finished strongly in search of an equaliser, with substitute Rhys Shirley unable to hold off the challenge of a defender having latched on to Randell’s 40-yard pass in behind.

As the clock ticked towards full-time, the Greens also had a penalty shout turned down, as Fletcher’s flick inside the box met the arm of Miles Mitchell-Nelson, but referee Devon Campbell waved away Pilgrim protests.