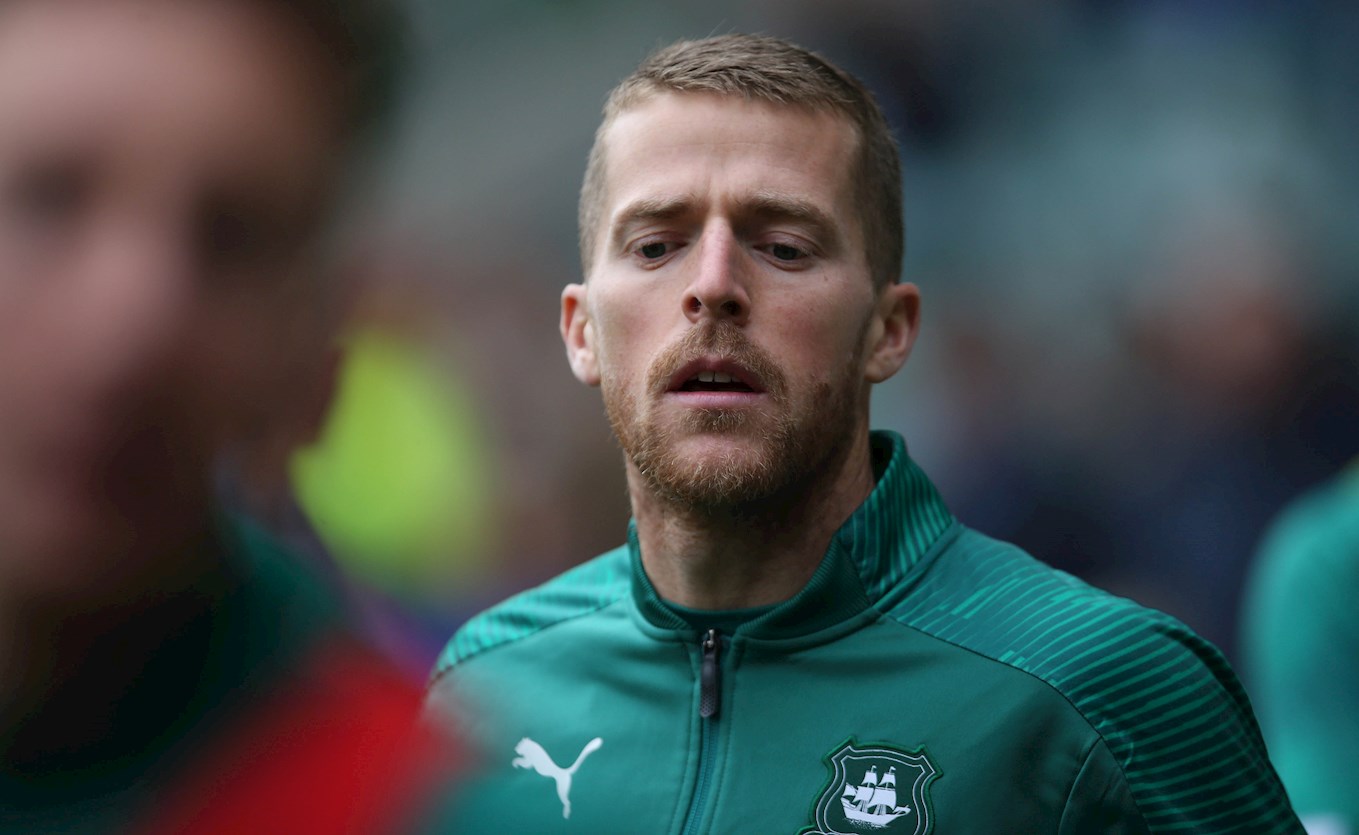 ARGYLE’s new signing Billy Clarke has emphasised how he cannot wait to get begin a ‘professional relationship’ with manager Ryan Lowe and provide the experience he has going forward following his Sky Bet League Two debut in Saturday’s 2-0 win over Carlisle United.

“I’ve come here with a lot of experience; I’ve had a lot of clubs. I’ve been everywhere in the country; I’ve been literally everywhere,” he said. “To come here and offer my experience, and the quality that I bring, is good.

“When he [Ryan Lowe] texted and called me, just on a level of talking to him – it was great. When he called me, I was more than happy to come down. I met him a couple of times on holidays and we had a good chat then. As a normal relationship, it was good. To come and make it a professional one, is something I’m looking forward to.”

After being released by Bradford City in the summer, unfortunate not to earn a deal at Bolton Wanderers, of whom he had been training with, after Phil Parkinson’s departure, Clarke is keen to move on and make his mark with the Pilgrims.

“I had Phil at Bradford and had a real, good relationship with him and his staff,” said Billy. “He asked me to go in and have a couple days training, so I went and trained there for six or seven weeks. I thought I was going to sign there really but Phil left four or five days before the takeover.

“He did well to last there even that long with what was going on, it was definitely uncertain times for everyone at the club. He left and then the takeover did eventually happen and the new manager came in and had other ideas, which is fair enough.”

Having been in training with his new Pilgrim team-mates over the past week, the experienced Irishman is fit and ready to try and earn his place in Lowe’s side, after being named as a substitute against Carlisle on Saturday.

“I feel good and I feel fit,” he said. “I’m only 31, so I think I’ve got a lot more to offer. I feel fine and I haven’t missed a training session or game since I’ve been back fit. I’ve been in [training] all this week and I feel that I’ve done well.”

Argyle’s freshly-signed forward has also been complimentary of his new boss, having played against Ryan throughout his career, he knows just what to expect.

“I’ve known him [Ryan Lowe] from playing against him, so when he asked me to come down – with [me] obviously being out of the game for three or four months – I just need some game time and to get playing,” he said.

“It was well-documented how good the football was he played at Bury, I did watch some games and had a few friends playing for them. Just as a guy though, he’s a top, top man.”

Argyle’s new number 18 has also pointed out just how ‘incredible’ the fans are, being thoroughly impressed with recent away turnouts and the home support on full display on his previous visits.

“The following that went away to Swindon last week, that was incredible – not even for league two, but incredible as an away following,” he said.

“When I have come down here before, the fans have always been passionate and it’s always been a good atmosphere. I have always enjoyed it when I’ve come here to play for other teams.

“The week leading up to and this whole week has been good. I’ve only ever been down here to play football, I’ve now had a look around and seeing stuff has been good.”

Billy and his new team-mates now have to swiftly change focus from the Carlisle victory to another home clash on Tuesday night, as Leyton Orient visit the Theatre of Greens.