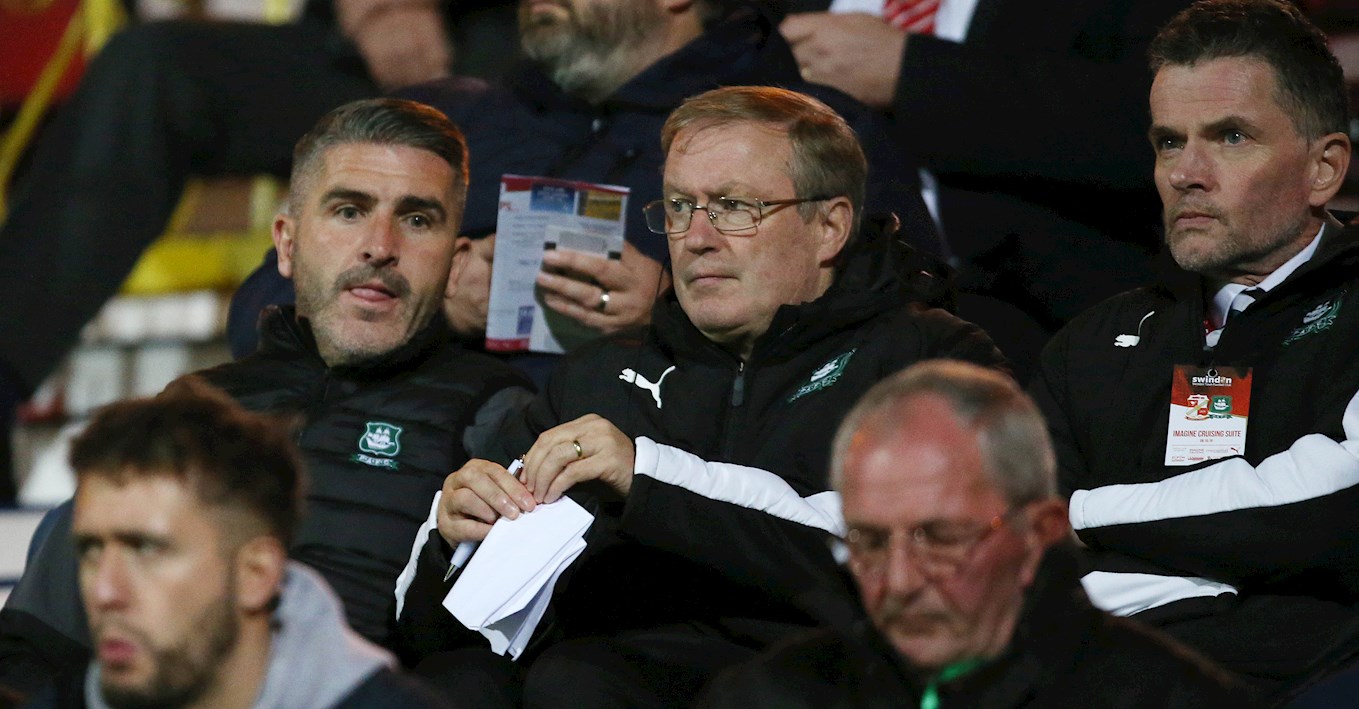 Eyes in the Sky

ARGYLE manager Ryan Lowe opted for a different viewpoint during Tuesday’s 3-0 win at Swindon Town in the Leasing.com Trophy.

Leaving touchline duties to his assistant Steven Schumacher and first-team coach Kevin Nancekivell, Ryan watched the game from the stands to gain a different perspective on the patterns of play he wants to see from the Pilgrims.

It is a role normally adopted by Argyle’s technical consultant Neil Dewsnip and, from wherever you sat, the view was very satisfying, as goals from Zak Rudden, Joel Grant and Joe Riley gave us three deserved points.

“In this competition, I just felt I could sit up there to watch and analyse, to get a different view,” said Ryan. “I wanted to see us passing and it’s sometimes hard to do that from ground level.

The Pilgrims now just need a draw when Chelsea visit Home Park on October 29 to progress in the Trophy but the immediate focus is back on Swindon, who will again be our hosts this weekend.

It will undoubtedly be a different challenge in Sky Bet League Two and the one guarantee is a fantastic atmosphere, with the magnificent Green Army once again taking up their full allocation of tickets.

“It’s another three points on the board in the competition and we’ll address that [the Chelsea game] when it comes,” said Ryan.

“We just wanted to win and get to wherever we can get to in the cup competition. Our main aim now is the league and it will be a hostile atmosphere on Saturday. We’ve sold our allocation, it’s going to be bouncing and they [supporters] will be our 12th man, as they always are.

“It’s totally different because there’s players who will come back into my squad. [Swindon manager] Richie [Wellens] will probably get some players back into his squad, as he’s given one or two [a chance] who haven’t played as many games.

“What I do know is that it will be a good entertaining game, two footballing sides locking horns.”