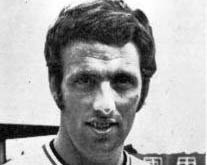 WE are saddened to learn of the passing of former captain Fred Molyneux, aged 75.

The uncompromising central defender joined Argyle under Billy Bingham, who also managed him at Southport, where he made over 100 appearances.

He made his debut in September 1968, during a 3-1 victory over Bristol Rovers. After a spate of injuries, Molyneux left the club in in 1970, returning close to his hometown of Wallasey to sign for Tranmere Rovers.

Another spell at Southport followed, before he finished his career with non-league Wigan Athletic.

Condolences from everyone at Home Park to Fred’s family and friends.