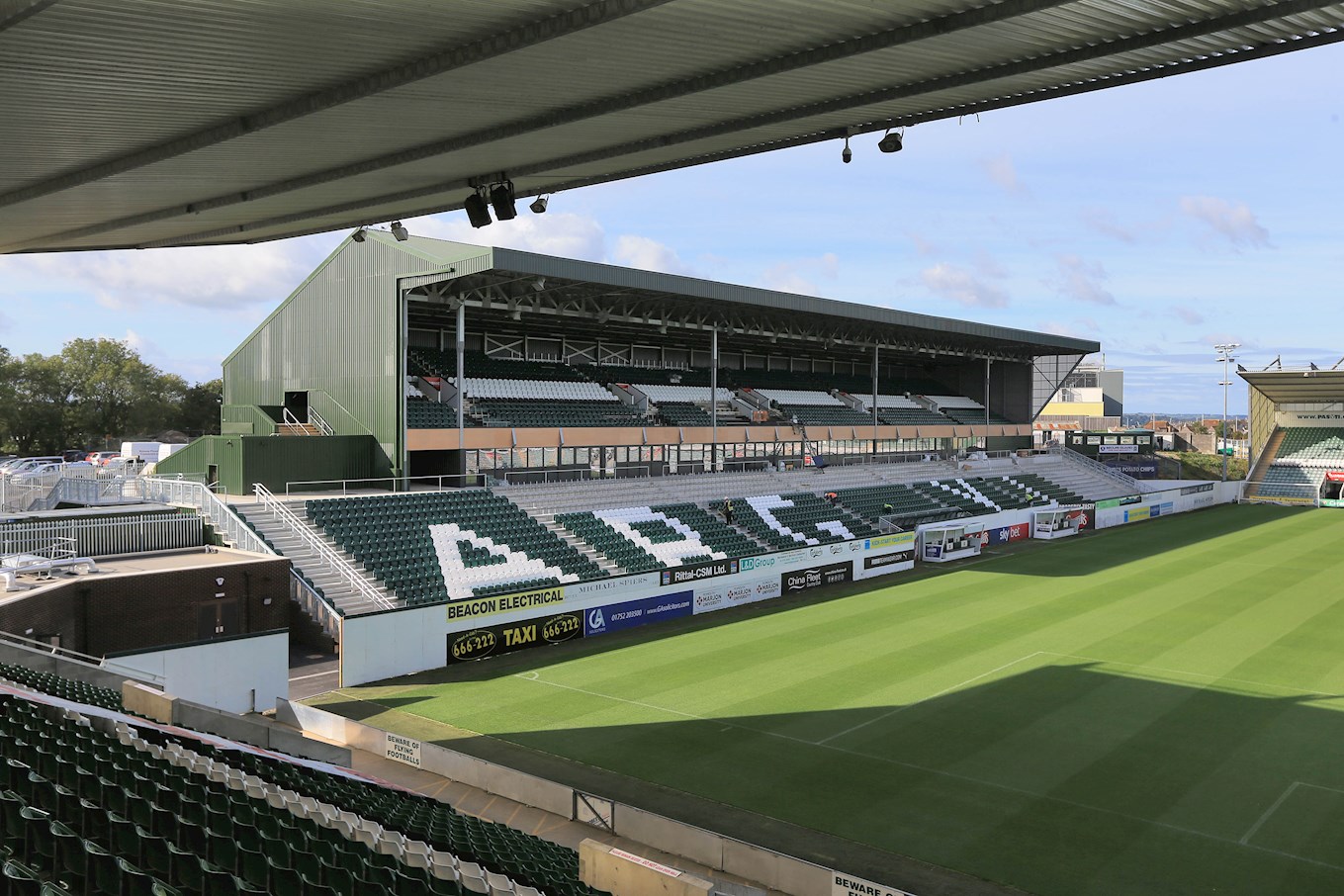 THE countdown to the opening of the new Mayflower Grandstand has begun.

The visit of Swindon Town to Home Park on New Year’s Day 2020 will be the first time since the end of the 2017-18 season that the entire Theatre of Greens will be open on a match-day.

Before we reach that significant milestone in the history of Plymouth Argyle, there will be plenty of activity surrounding the grandstand as we build up to January 1.

Waypoints include: the official handover over of the Mayflower Grandstand from constructors GL events to the club; the migration of supporters back to the grandstand seating; the first official match at the new-look Home Park – an Argyle Ladies National League Southern Premier Division game; and the initial Sky Bet League Two fixtures to be played in front of a partially open grandstand.

Supporters who were grandstand season-ticket holders in the 2017-18 season – the last time it was used – will be contacted to arrange their return.

Then, in order to certify the grandstand’s safety and worthiness, the club needs to stage several real-time test events.

While the first two of these will be behind-closed-doors run-throughs for Pilgrims’ match-day staff, the third will be open to the public: Argyle Ladies’ home fixture against Watford on Sunday, December 8.

That will be less than four weeks after the grandstand is handed back to the club from GL events, at which point the fit-out of the exciting new hospitality and conferencing facilities will begin.

Roughly two-fifths of the Mayflower Grandstand – seating 2,100 – will be in use for the Ladies’ match, with that reduced capacity increasing to 50%, or 2,700 spectators, when the Pilgrims entertain Morecambe in Sky Bet League Two on Saturday, December 14.

The final test event, when three-quarters of the grandstand will be open, for 4,050 supporters, comes after Christmas, when Stevenage are the visitors to Home Park on Sunday, December 29.

Three days later, following a New Year’s Eve party at the stadium, we will be up to 100% capacity at Home Park for the first time since the temporary seating was removed from the Mayflower terrace ten seasons previously: 18,200 – with 5,403 seats in a full grandstand.