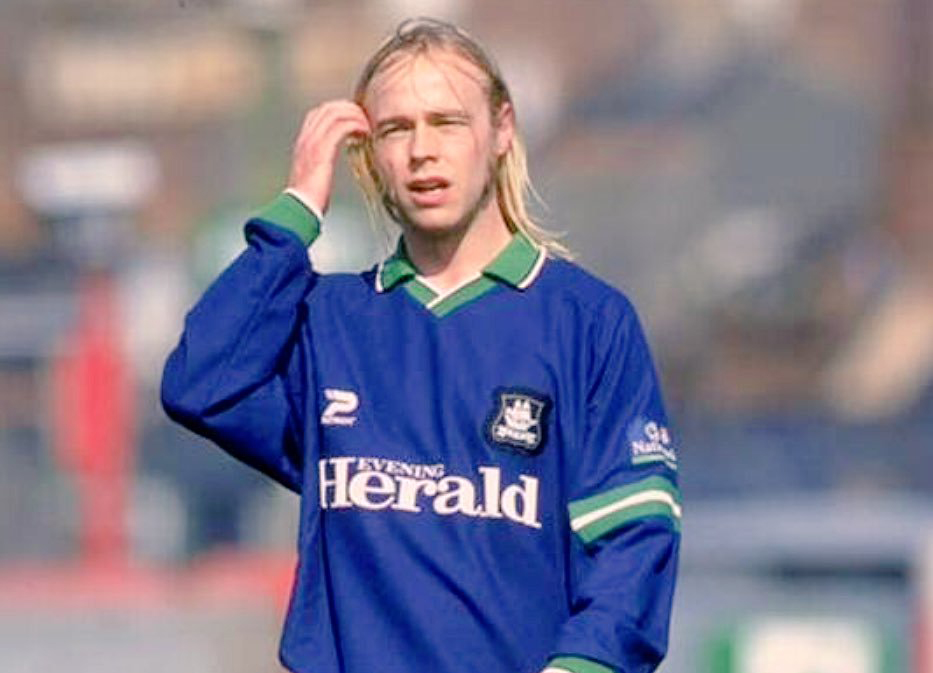 FORMER Pilgrim striker Paul McGregor will be our special guest for the weekend visit of Carlisle United in the Sky Bet League Two.

Famed for some terrific haircuts along with his outstanding football ability, Paul McGregor was a fine striker, who graced Home Park for two seasons around the turn of the Millennium.

McGregor came through the youth system at Nottingham Forest and was touted as a future star, scoring against Lyon in the UEFA Cup and playing in the Premier League. He also had a side job as a singer in a pop band.

After loan spells at Carlisle and Preston, McGregor signed at Argyle in 1999 and was instantly recognisable with his flowing long blonde hair. It was not just about the look, however, as McGregor was a very good striker.

He banged in two hat-tricks and scored a total of 16 goals in his first campaign as a Pilgrim, winning the club’s Player of the Season in 2000. The next year was not quite so successful and he was allowed to leave for Northampton before switching to a career in music.

It is great to have you back at Home Park, Paul.