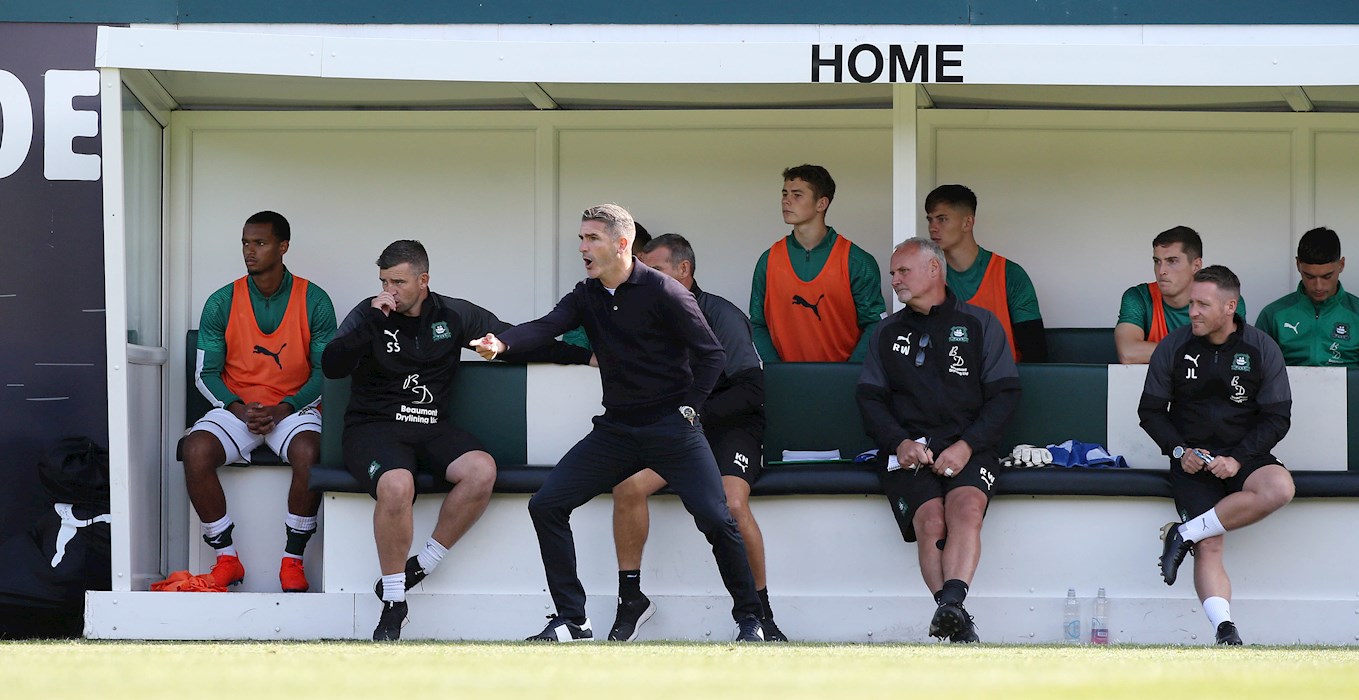 It is sure to be another electric atmosphere inside the Theatre of Greens and the Cumbrians will bring plenty of enthusiasm under the guidance of their boss Steven Pressley.

The ingredients are there for an exciting game of football and Ryan is determined to keep the points at Home Park when that final whistle sounds across PL2.

“We know they’ve got a very enthusiastic manager, who is very high-intensity in what he does and what he expects from his players,” said Ryan.

“We’re not taking anything lightly, they’ve got some terrific players and some good players, who we know. They’re not coming here to get rolled over, they’re coming to get points, because of their manager and players.

“We’ve got to make sure they are in for a tough afternoon because of the way we play and our fans behind us.”

The game represents the first of a Home Park double-header for the Pilgrims, as we also welcome Leyton Orient on Tuesday night, who is now under the guidance of former Argyle captain and manager Carl Fletcher.

After the two home games, it is then a fascinating Devon derby at Exeter City next weekend but that prospect is still far from Ryan’s thoughts, as will be the same for his Grecian counterpart Matt Taylor.

“I’m not too bothered about Exeter, even though everyone keeps asking me about Exeter,” he said. “For me, as a manager, I want to win every game, whether that’s Exeter or Newport, or anyone.

“I’m sure Taylor will be the same at Exeter. When it comes, I’m sure it will be a great occasion. We’ll have our end packed, they’ll have their end packed, and two teams locking horns.

“At this moment in time, I’m more bothered about Carlisle and Leyton Orient, and picking up points at home.”