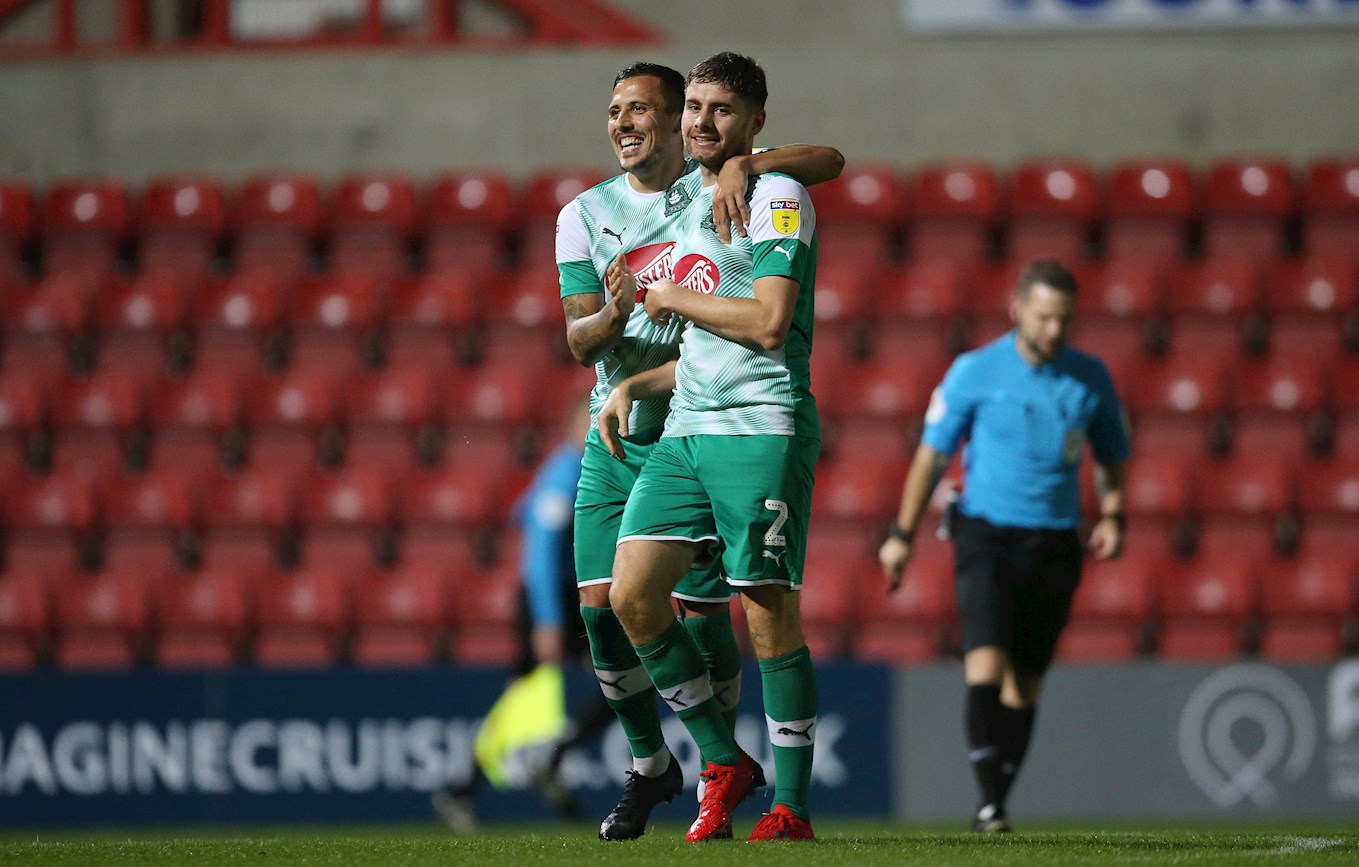 THE midfield dominance provided by Antoni Sarcevic, Conor Grant and Joe Edwards was the engine behind Argyle’s confident 3-0 win at Swindon Town on Tuesday night.

Sarcevic and Conor were excellent in providing chances for the Greens in a game that saw Argyle move within a point of qualifying for the next stage of the Leasing.com Trophy.

The only negative came in Conor hobbling off early but manager Ryan Lowe is hopeful the precautionary withdrawal will be enough to keep him available for the weekend return trip to Swindon in Sky Bet League Two.

“They [the midfield] were excellent and we asked them to do a job,” said Ryan. “Sometimes you might have to cover your mate and they did that.

“They worked their socks off and we expect that because that’s a minimum. They were good in everything they did in terms of passing ability and creating chances.

“We got him [Conor] off because he has played two games in quick succession. He thinks it’s alright and we’re being very cautious. We’ll assess him and hoping he’s alright.”

While the central areas were neatly covered by Argyle’s midfield trio, the gaffer was equally pleased with wing-backs Joe Riley and Gary Sawyer, as both got forward to cause problems.

Riley was rewarded with the third goal, adding to first-half strikes from Zak Rudden and Joel Grant, while skipper Sawyer created the opener and nearly got a rare score for himself.

“Any goal is a good goal for us and we want the wing-backs getting into good areas,” said Ryan. “Gaz had a couple of chances, that’s what we want. If they stick to the plan of how I want to play, they will create chances.

“Putting it in the back of the net is a different ball game and we achieved that. We want to keep putting balls in the right areas and that will ultimately pay off for you.”