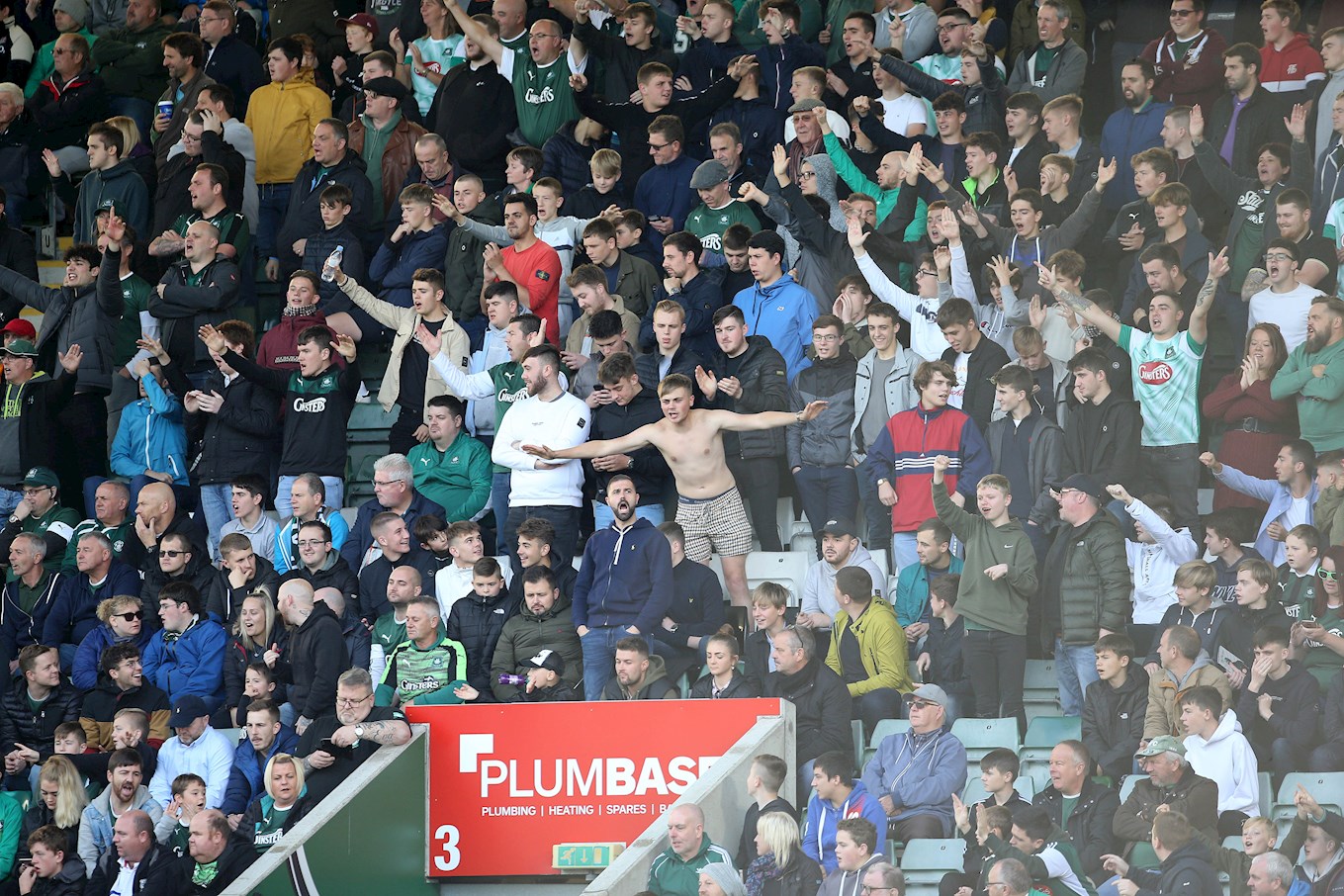 ARGYLE manager Ryan Lowe believes he has quality in all areas of his squad, highlighted by the fact he was able to call on the services of Danny Mayor in the second half of the Pilgrims 4-0 demolition of Leyton Orient on Tuesday evening at Home Park in Sky Bet League Two.

“Danny is a fantastic lad- he won’t say that, but he has played every game and he might need a bit of a break, but he is disappointed he wasn’t playing,” said Ryan. “Danny is a top pro, he’s buzzing the lads are winning.”

The gaffer praised the performance of George Cooper, who had a hand in three of the goals but reminded the on-loan Peterborough man he must be consistent in his level of performance, as he has players such as Mayor waiting in the wings.

“For the first one he put in a great ball, and then again for Zak [Rudden’s] goal, that’s what he does, I’m sure he’ll be all over social media saying that’s three in three. That’s the quality George gives you, he’s a great crosser. It’s two different qualities you have because Danny is a great dribbler, that’s how good his [Cooper’s] quality of delivery is.”

Turning our attentions to the next game, just the small matter of the Devon derby against Exeter City at St James Park, which defender Scott Wootton will miss through suspension. However, Lowe was clear that all attentions will now turn toward the Grecians.

A win for the Greens means we will enter into the play-offs for the first time since the opening two weeks of the campaign.

“Let’s have it right, it’s a derby game,” said Ryan. “The boys are all chomping at the bit to play on Saturday. It is exciting, make no mistake about it, we will be up for it.“