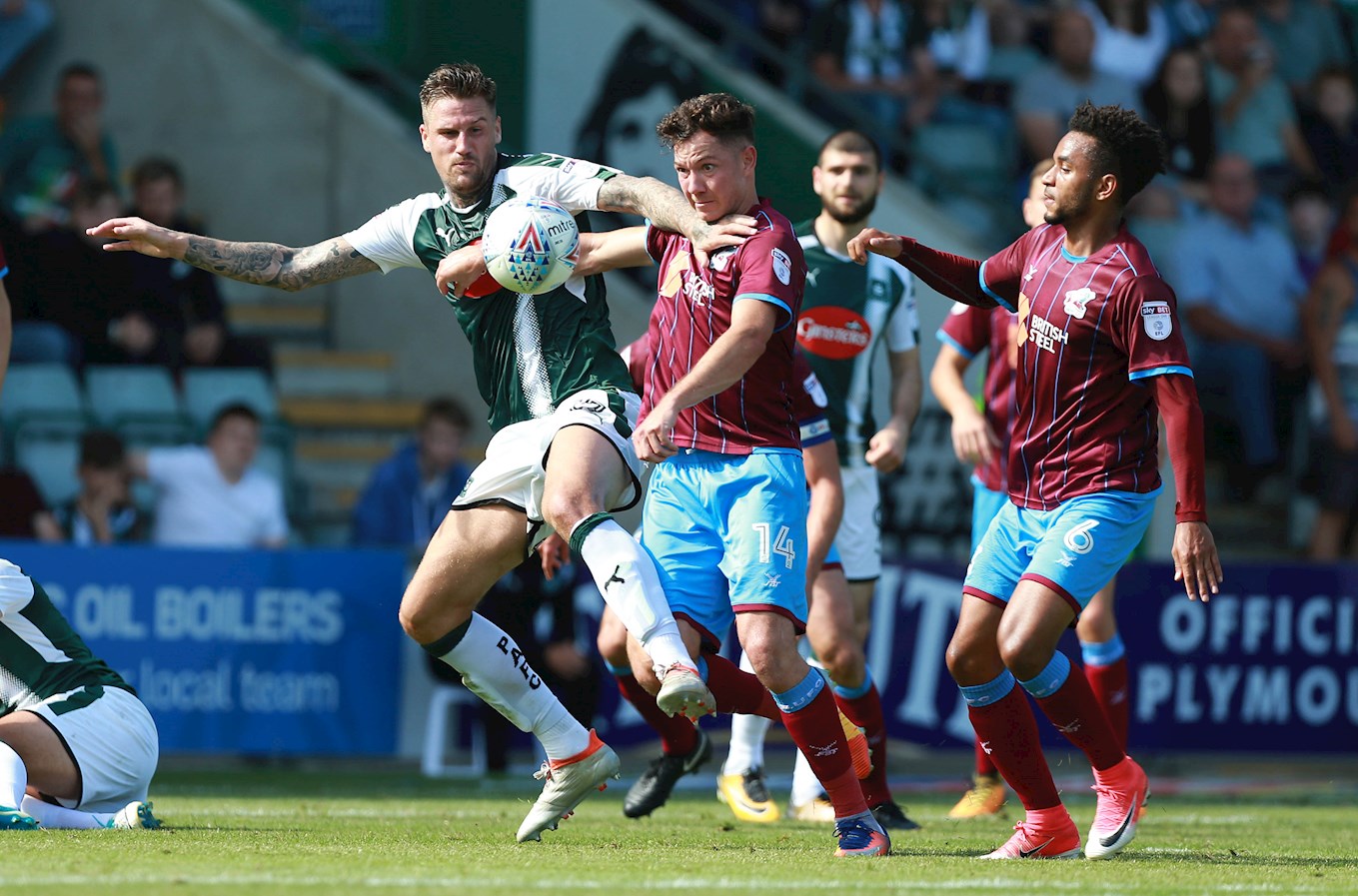 STATSO is back in action and has turned his focus on Scunthorpe United and their record at Home Park ahead of the weekend visit in Sky Bet League Two.

Last time: Kevin Nancekivell was in temporary charge as Argyle brought down the curtain on the 2018-19 season with a 3-2 League One win on Saturday, May 4, 2019. On-loan Luton Town defender Lloyd Jones, Freddie Ladapo and Graham Carey were our scorers.

Heaviest defeat: Antoni Sarcevic saw red as Scunthorpe beat us 4-0 on Saturday, August 26, 2017 in a League One fixture.

Most goals in a single game: The highest aggregate score in this fixture is five, which has been achieved three times. As well as our 5-0 victory in 1999 and our 3-2 win in May, there was also a 2-3 defeat in a Second Division fixture on Saturday, February 23, 1963. Jimmy McAnearney and Wilf Carter were our scorers.

Further interesting facts: Across the 89 clubs that we have played more than six times at home in the EFL, our record against Scunthorpe stands out for the following reasons:

In our sixteen home games against United, we have scored three or more goals on nine occasions (56.3%). We have scored exactly three on six occasions (37.5%), twice as often as anything else.