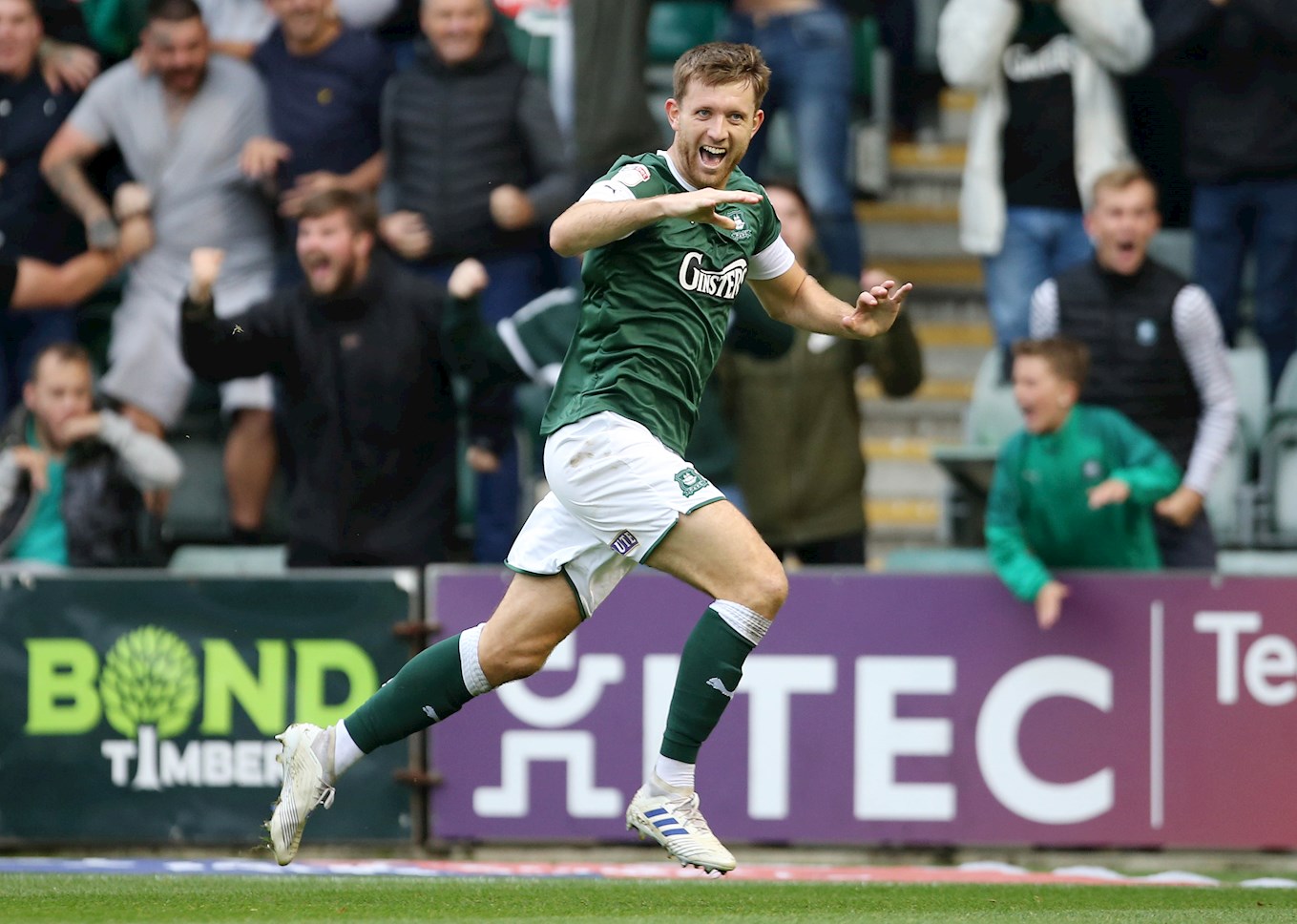 IN around an hour of Saturday’s 2-2 Sky Bet League Two draw against Scunthorpe United at Home Park, Will Aimson progressed from goal-less this season to Argyle’s third-highest scorer.

Defender Will netted twice – midway through the first half and late in the second – after the Pilgrims went behind to Alex Gilliead’s opener, becoming the 13th different Argyle scorer in their 15 matches this season.

Only wing-back Callum McFadzean and forward Ryan Taylor have scored more than Will’s two as the Pilgrims have shared the goals, with defensive players like Joe Edwards, Joe Riley and Scott Wootton also among the contributors.

Will said: “You have got to be lively in the box and, if we can add goals, as defenders, it’s great; it helps everyone out. It is the same as when [the opposition] get corners – you have got to be just as lively and keep them out.

“Set-plays are a big part of football. We have got boys in the team – a few of them – who can put [the ball] in good areas, so it is important, when we go up for corners, you have got to be positive and think ‘I am going to get on the end of one of these.’

“When I’m going up for a corner or a set-piece, a free-kick, you have got to have it in your head that you are going to get on the end of it. There’s no point going up if not.”

Both of Will’s goals came from super smart reactions following a set-piece, but his double delight was diminished by a late equaliser from Scunthorpe.

He said: “If the ball is loose in the box, you have got to be lively – you can’t just stand and watch – that’s how they have come about, just being lively in the box and, if, as defenders, we can add to it, that’s great.

“But the priority is keeping them out of the other net, so it’s obviously bittersweet. I’d trade those two goals for a 1-0 win.”