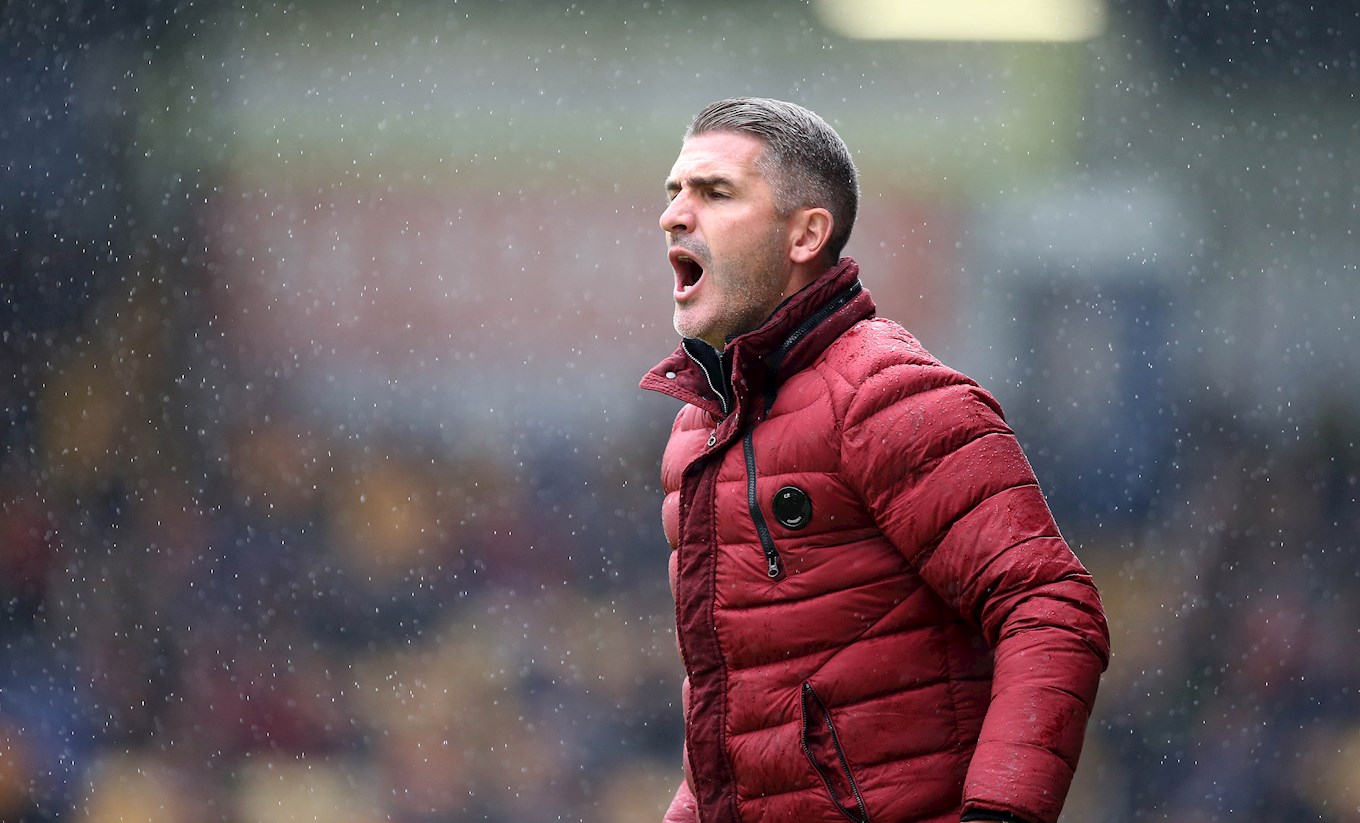 MANAGER Ryan Lowe has emphasised how he cannot wait to get back on the touchline once more in front of the travelling Green Army, as we return to the Energy Check County Ground on Saturday in Sky Bet League Two.

Speaking ahead of the second trip to Wiltshire, the boss was quick to ensure passionate Pilgrims he will be shouting from the sidelines this time around, having taken in the Greens’ 3-0 Leasing.com Trophy victory on Tuesday from the alternative viewpoint of the stands. “100 percent I’ll be there. I shall be back on the touchline on Saturday” he said.

Ryan was also very keen to point out just how excited he is to get involved and return to the technical area, remarking how he would get even more involved with the “fantastic” Green Army if he could.

“When there are 2500 screaming Green Army fans, I want to be there,” he said. “I wouldn’t mind being in the stand with them, standing with them behind the goal or sitting with them because they’re fantastic.”

Lowe also explained exactly why he was missing from the technical area on Tuesday, reassuring concerned Pilgrims that they have nothing to worry about.

“I wanted to be upstairs on Tuesday night because I wanted to have a look at some things and, what I looked at, we’ve analysed,” he said.

Although their manager was not present on the touchline, Lowe’s Argyle side cruised to a comfortable 3-0 victory over the Robins in the Leasing.com Trophy, courtesy of some fine goals from Zak Rudden, Joel Grant and Joe Riley.

“It’s good for me to see that side of it, especially from upstairs,” he added. His side now look forward to the return trip on Saturday, hoping to pick up three points on the road in Sky Bet League Two.