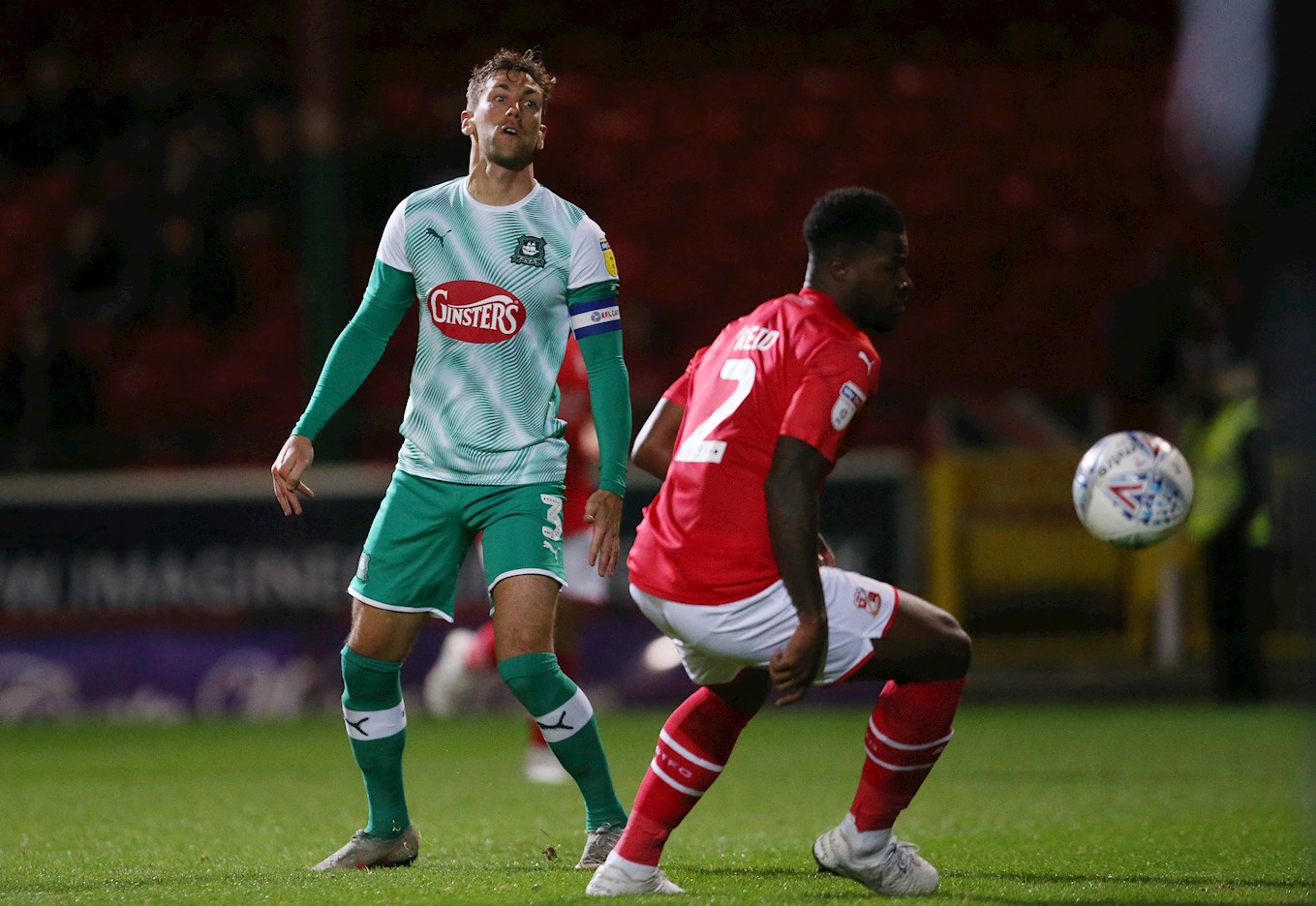 GARY Sawyer is enjoying the Ryan Lowe style of play the Pilgrims have adopted since the manager’s arrival at the club.

Lowe is currently in the process of installing a different footballing philosophy and ethos into the players. While it is naturally taking time to evolve, you can certainly see the progress, as performances are gradually improving each game.

Changes in management can lead to plenty of changes within the team, but if the players enjoy the way that the manager wants to play, then it makes it all the better for the squad. It creates healthy competition between the team, as players will need to prove their worth and fight for their place in the starting eleven.

“It’s great, a real freedom to play. It’s been really good for us,” said Sawyer. “He’s brought the players in that can play in that way that he wants, it is just getting used to things through pre-season and now to the start of the season, but I’ve really enjoyed it.”

Skipper Sawyer has been subject to a couple of changes over the first couple of months of the campaign, most recently playing left wing-back against Swindon in the Leasing.com Trophy and left centre-back as a back three against Scunthorpe in the League.

With the Captain playing the majority of his career at left-back in a back four, it has freshened up his role at the club.

“Playing left centre-half is a role I really do enjoy playing, it’s a bit different to what I would’ve been used to, but I’m relishing the chance to have a go at it,” he said.

Ryan Lowe has already established a reputation as an attack-minded coach and a philosophy that allows the Pilgrims to play with freedom, but it does place an extra emphasis on defensive solidity.

The lack of clean sheets has been a concern in recent weeks and, with the skipper being a defender himself, he knows that it is a part of their game that they need to improve.

“We know what we need to do better in that aspect of the game and try and concede less goals than what we are at the minute, because we have conceded a couple of frustrating ones.”

The next challenge for the skipper and his manager’s philosophy is a return game at Swindon Town this weekend, but this time it’s Sky Bet League Two points up for grabs.