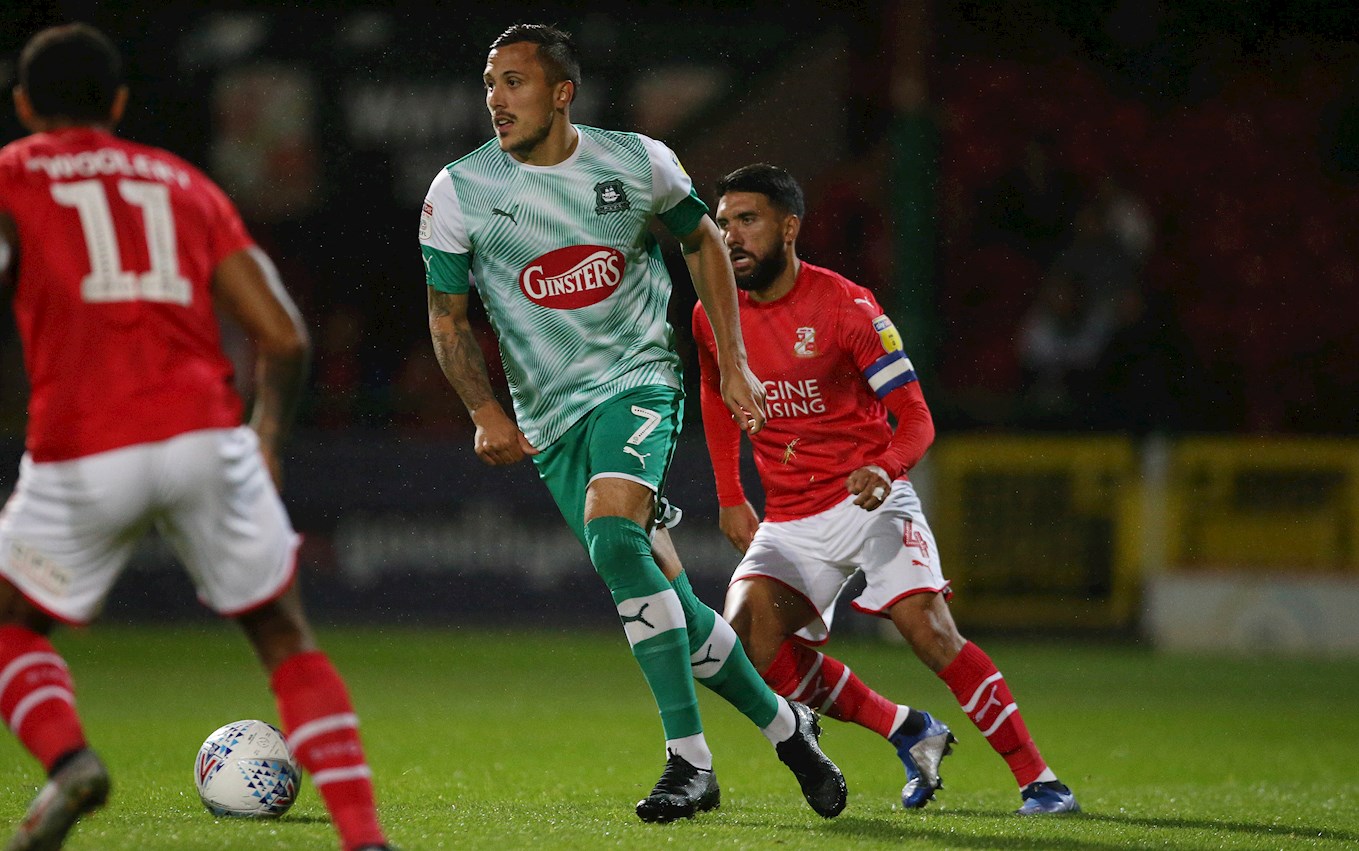 ARGYLE’S 3-0 win over Swindon Town in midweek in the Leesing.com Trophy has laid down a good marker for the Sky Bet League Two fixture on Saturday, when the Green Army will reacquaint themselves with the County Ground.

Zak Rudden netted his first goal for his new club since arriving on loan from Rangers. He nodded home Gary Sawyer’s fine cross on 15 minutes; Joel Grant then curled home Antoni Sarcevic’s set-up nine minutes before the interval, which all but assured the win, with Joe Riley adding second-half gloss.

In recent weeks, Swindon Town have slipped down the Sky Bet League Two table after back-to-back defeats, the second coming against Bradford City 2-1, their first defeat away from home this season.

That result arrived after a 2-0 reverse to Newport County the previous week, although they do still occupy the final play-off spot. From 12 games, Swindon have amassed 20 points.

They gained seven points out of a possible nine in their first three games, the draw coming away from home at Exeter City (1-1). Their first defeat came a week later, losing out to a solitary Northampton Town goal at the County Ground.

An encounter against their “Town” counterparts followed in the shape of Cheltenham. Eoin Doyle netted the Robins’ first, first-half goal of the season- after six minutes. That lead did not remain for long though, Chris Hussey was unmarked and equalled the scores. Doyle certainly was not finished there as he fired his team back in front just after the half-hour before Luke Varney made it 2-2 four minutes before the interval. Despite being reduced to 10 men for the final 20 minutes, the Robins hung on to claim a point.

They rounded off August with a 3-1 win over Morecambe, and they would go on to score three times in each of their next two games, conceding just once against newly-promoted Leyton Orient. The other was a clean-sheet win over Macclesfield Town before suffering the reverse of that score the following week against Colchester.

Town were quickly back on track, seeing off Cambridge United’s best efforts as Jerry Yates grabbed the game’s only goal. The recent defeats to fellow promotion hopefuls Bradford and Newport may represent a good time for Argyle to play Ritchie Wellens’ side.

Of course, the two sides will become rather well acquainted with each other over the next five days, as we travel to the County Ground firstly on Tuesday in the Leasing.com Trophy group stage match and then a Sky Bet League Two fixture on Saturday.

In Cup competitions, Swindon suffered the first of two 3-0 defeats of the season to Colchester in round one of the Carabao Cup on August 13. A week previously, they ran Chelsea U23s very close losing by the odd goal in five in the Leasing.com Trophy. They did battle back from two goals down in that one, however Charlie Brown grabbed the winner bang on the hour-mark for the Blues.