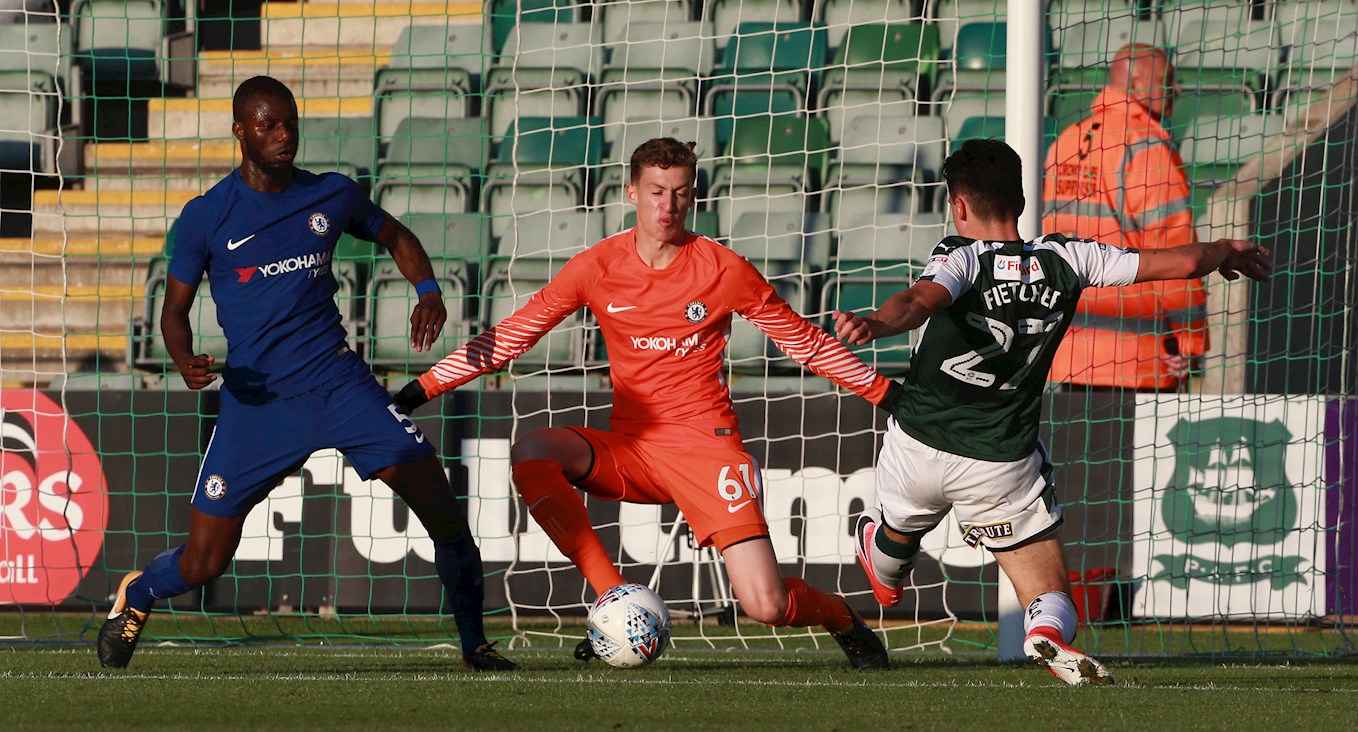 THE Leasing.com Trophy brings Chelsea Under-21s to Home Park tonight and it has been one win, one defeat so far for the Blues in this tournament.

Chelsea opened the group stage with a trip to Swindon Town and two early goals from Faustino Anjorin gave them an excellent platform, but the Robins hit back and were level early in the second period. Charlie Brown then popped up with the winning goal for the Blues on the hour.

Brown was again on the score-sheet with the opener at Bristol Rovers in their next game but Chelsea were unable to withstand the latest fightback, as the Pirates secured a 2-1 victory in the second period.

Elsewhere, Chelsea currently sit second in the Premier League Two table for Under-21 sides. The Blues are unbeaten from their opening eight fixtures in this competition and just two points behind leaders Derby County.

In a bizarre twist of the fixture schedule, tonight will be the third consecutive season Chelsea have played at Home Park in the Trophy. The last visit was one to forget for Argyle, as we went down to a 5-0 defeat exactly one year and a day ago, with current Pilgrim loanee Josh Grant in the Chelsea team that night.

The previous campaign saw us battle back to earn a 2-2 draw. Future England winger Callum Hudson-Odoi had scored twice for the Blues but Alex Fletcher matched that feat with a brace in the closing four minutes for Argyle.