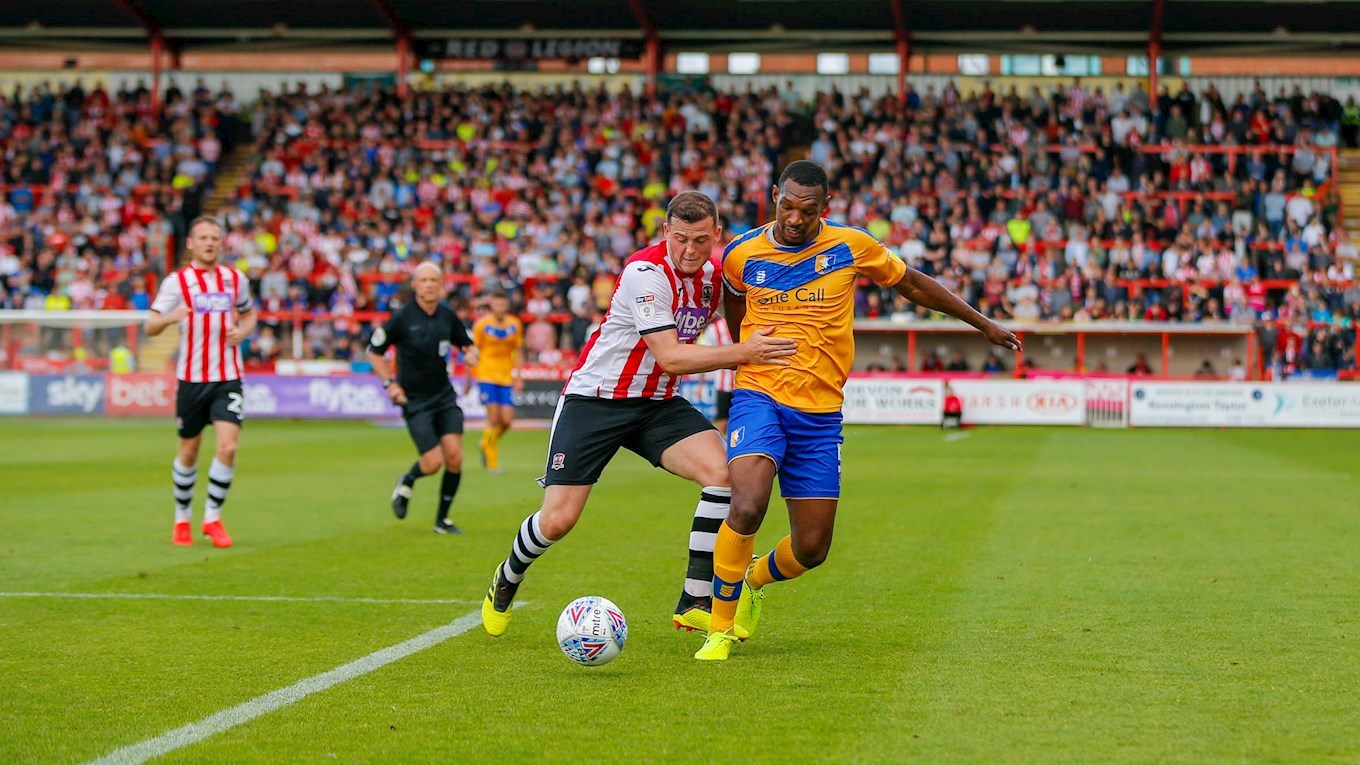 IT’S almost Derby Day and there are not many days bigger than this in our footballing calendar as we take on Exeter City at St James Park on Saturday in Sky Bet League Two.

Both teams come into this one in contrasting form. We have won the last two games, scored six and not conceded any. Exeter, on the other hand, have lost their last two, scored only once and conceded seven. Those goals came in a 4-0 humbling against Cambridge United and then a 3-1 defeat against Scunthorpe at Glanford Park on Tuesday. The Grecians’ only scorer in those two games was Matt Jay, who got what was the equalising goal against the Iron.

Before that, though, City were in excellent form they went unbeaten until the last fixture in September, going down 3-1 to Grimsby at St James’ on the 28th. Until that point, they had gained 22 points. They beat the likes of Morecambe, Port Vale and Carlisle, while drawing with play-off hopefuls Swindon 1-1 in mid-August.

Their record had certainly been what can be described as promotion form as they had been winning games at home and that is complimented by picking up points on the road. The loss to Cambridge was only their second away defeat all season.

The Grecians currently occupy a play-off spot in sixth, on 26 points, but it is somewhat of a precarious position because should the Pilgrims extend our unbeaten run and claim all three points, we will leap-frog our rivals and be ahead of them in the standings on goal difference.

Former Motherwell striker Ryan Bowman is City’s top scorer with five so far, Nicky Law is not far behind, having scored one fewer but has set up three. Former Argyle winger Lee Martin, who arrived at Home Park on loan from Manchester United in the 2007-08 season, has also netted four and has provided once.

Another who has crossed the Devon divide is a man who has been in a real rich vein of form for Ryan Lowe’s side is Joel Grant, who was signed from City in 2017. He will be hoping to keep his red-hot form going against his former club in the Derby.