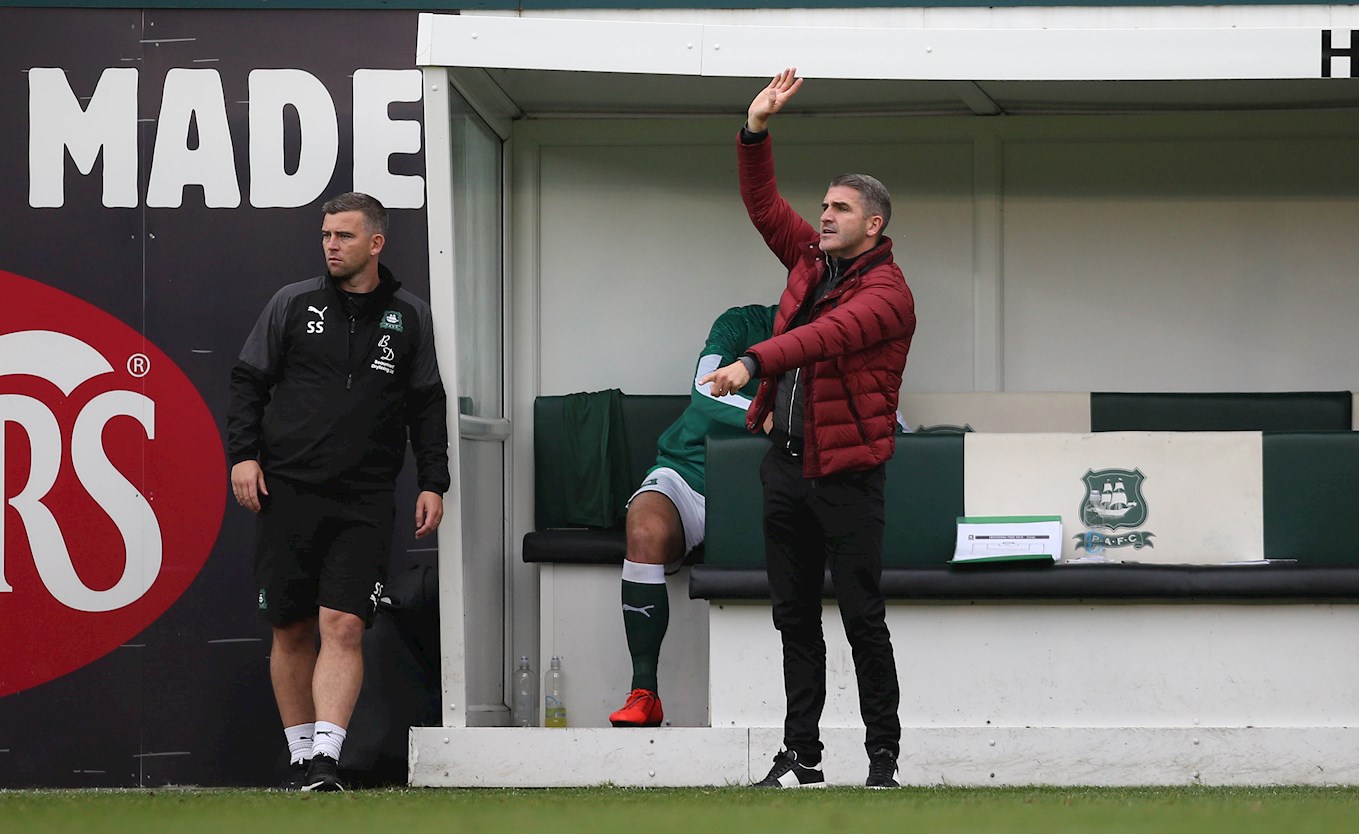 Up For Every Game

ARGYLE manager Ryan Lowe was certain a lack of motivation did not come into the equation after a frustratingly lacklustre display in Saturday’s 2-2 draw with Scunthorpe United.

Despite going behind early and failing to find anything like the rhythm of play Ryan wants to see from his team, two goals from Will Aimson did put the Greens within a minute of three fortunate points in Sky Bet League Two.

Scunthorpe, who started the game in the bottom two, then snatched a dramatic equailser with a routine long ball that found its way to Abo Eisa for an easy finish.

“The players were up for the game and I drummed it into them all week that they [Scunthorpe] were going to come and fight for their manager [Paul Hurst],” said Ryan.

“He [Hurst] is a good guy, a good manager, a leader and they’ve got some terrific players. I just felt we looked a bit lethargic all over the park and that’s down to us to sort out.

“Did we press enough? Probably not. Did we give them a little bit too much time? Yes. Could we have scored more goals? Yes.

“They were definitely up for the game because when you come to Home Park in front of 10 or 11,000, why wouldn’t you be. I just felt our runs, our decision-making, our crossing wasn’t there.

“I’ve said all along we’re a work in progress. Even if we’d won the game, I wouldn’t have been happy. It’s a point but I wanted an extra two.

“When you’re playing teams like Scunthorpe and where they are [in the league], you have to punish and we didn’t.”

The Pilgrims now have the quick turnaround before tomorrow’s trip to Swindon Town in the Leasing.com Trophy, followed by a league game at the same venue on the weekend.

Ryan genuinely believes the ingredients are there for Argyle to embark on a winning run in all competitions but he also made it starkly clear to his players that a lack of improvement in results will lead to changes in personnel at the next transfer window.

“In terms of going on a run, I think we’re ready to give someone a grilling in goals because we’re creating so many chances, they’re just not going in,” he said. “I don’t use excuses, you’ve got to make sure you put the ball in the back of the net.

“It [the frustration] will have to go quickly because we’ve got another game Tuesday and then again on Saturday. We’ll analyse it and make sure it’s done properly, but it’s hard to put it to bed.

“There weren’t many rights [on Saturday] and you can’t keep conceding goals. I’ll make sure we put that right and I’ve got players who may be ready to step back in, but if it comes to January and they’re not performing, they’ll move on.

“I know I’ve got the backing to bring people in and I’ll certainly have to manoeuvre to move people on. They need to have a good look at themselves and they know that. They’re disappointed because you’ve got to see a game out.”