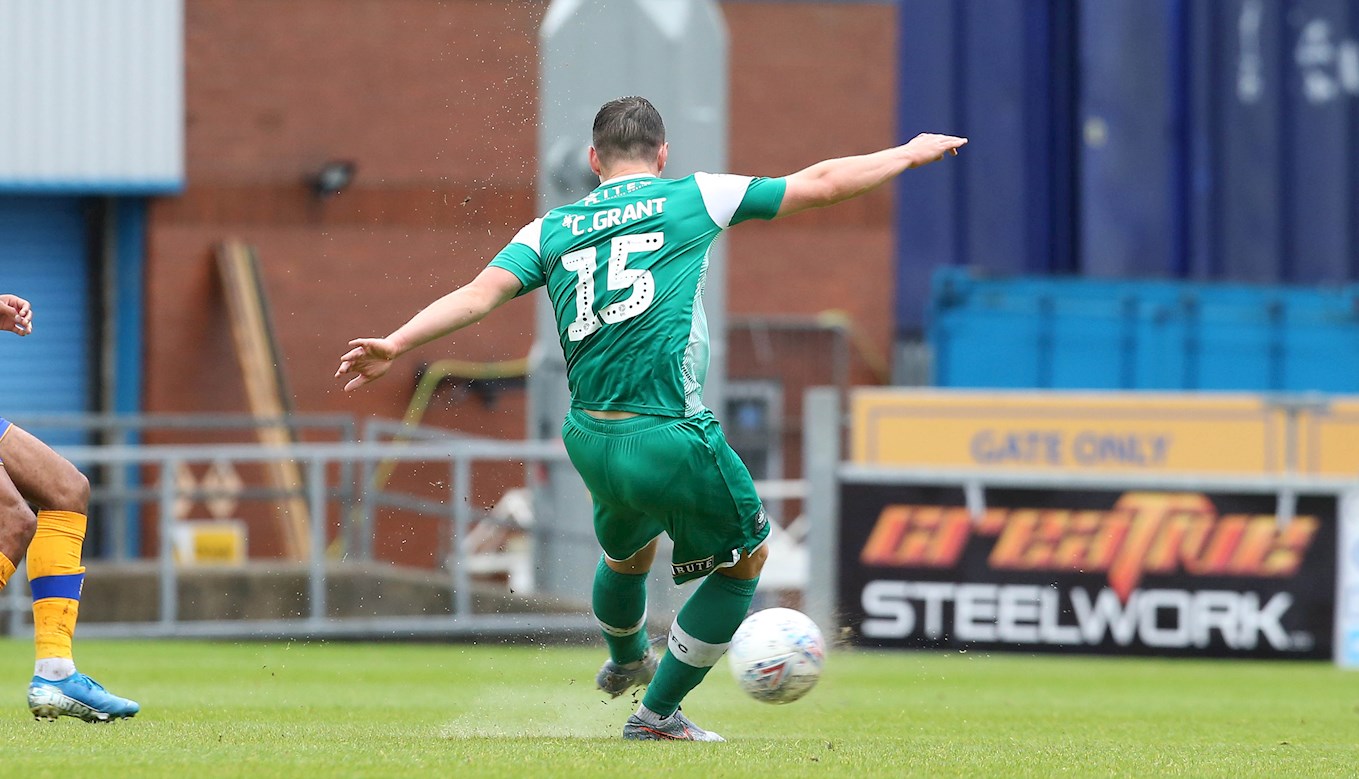 MIDFIELDER Conor Grant’s blockbuster 30-yard strike against Mansfield has been nominated for the Sky Bet League Two Goal of the Month for September.

The Everton academy graduate notched his first goal in Green in the 13th minute, latching on to Antoni Sarcevic’s lay-off to drive an unstoppable effort past Conrad Logan into the top corner.

Conor’s corker is up against a team goal capped by Eoin Doyle for Swindon against Macclesfield Town, and James Clarke’s long-range effort for Walsall against Crawley Town.

The winning goal will be decided by fan vote, so please visit www.skysports.com to place your support for Conor. Voting opens at 6am on Monday, October 14, and closes at 5pm on Tuesday, October 15. The winner will be announced on Friday, October 18.