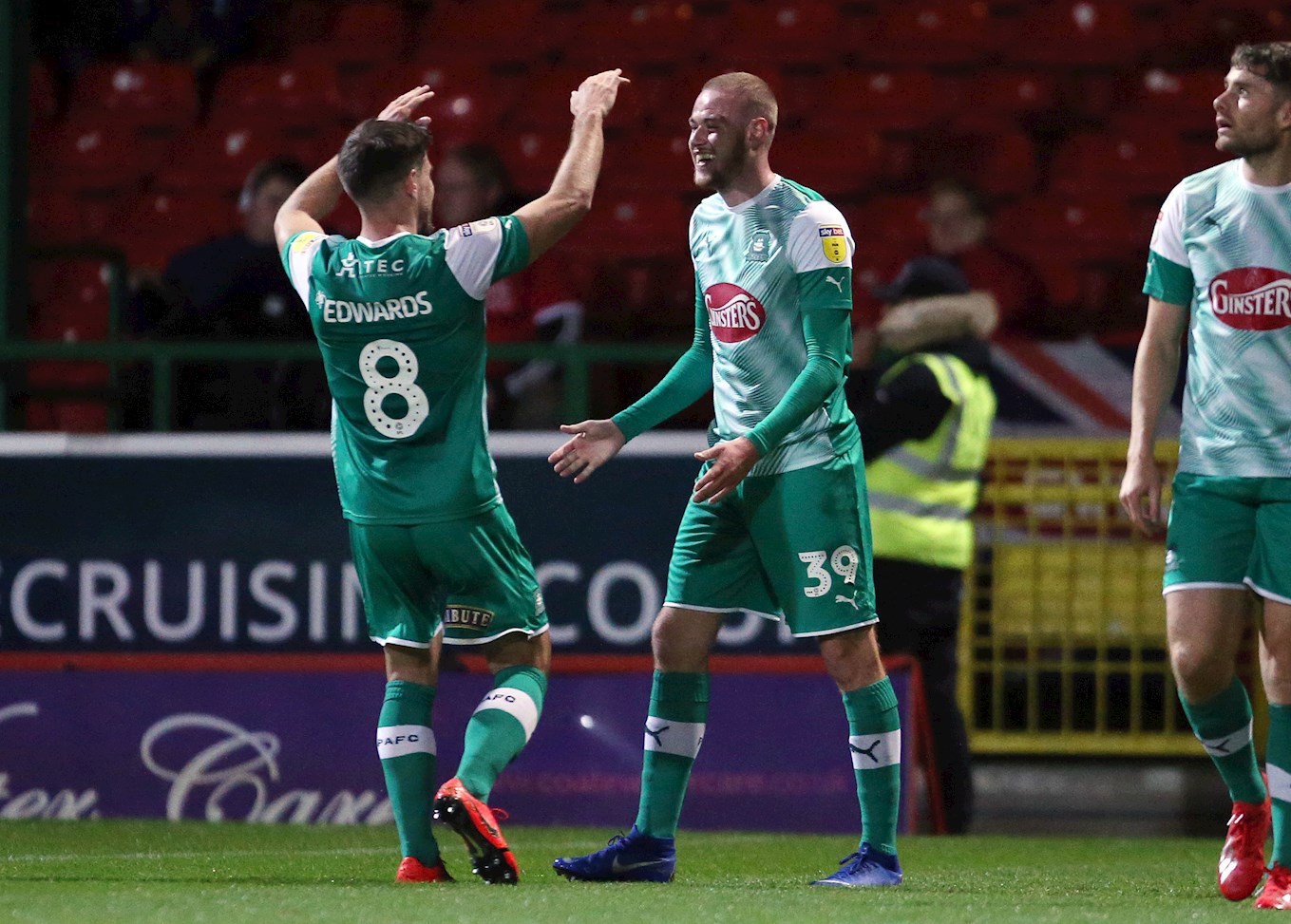 Zak in the Goals

ZAK Rudden was happy to get off the mark in a Green shirt after notching the opener in Argyle’s comfortable win against Swindon in their second game of the Leasing.com Trophy.

Rudden, who is on loan from Glasgow Rangers and recently made his return from injury, finished off a terrific Argyle move to head home on 15 minutes and the win was sealed by further strikes from Joel Grant and Joe Riley.

“I’ve seen it and I’ve gambled, I’ve got to get myself in there and I’ve done it.”

Argyle have only got three days until they face Swindon again, this time in Sky Bet League Two, and Zak believes the team has got what it takes to gain another three points.

“You’ve got to take positives from today and take them to Saturday,” he said. “I’ve done alright tonight but there were bits of my game that could’ve gone better.

“I should’ve had a couple more goals, but I’m taking what I got tonight and looking on the positive side and try to hopefully get a game on Saturday.”

From a personal perspective, it was a big moment for Zak to get among the scorers, having endured a frustrating start to his Argyle career, with a lingering injury forcing the young striker back to his parent-club for treatment.

“To be fair, I could feel myself not 100% right but I just wanted to keep myself going. I’ve never been injured before a serious one like that, so I thought it was part of being injured but I knew in the back of my mind I wasn’t 100% right.

“I went back [to Rangers], had a wee bit of down time for a couple of days and built my leg back up.

“I had a big cyst behind my knee that had burst, so that was a problem I never knew I had but now it’s all good. I’ve got to kick-on now.

“Hopefully, I can keep going for the goals and making sure I’m scoring every chance I get in training to get a game.”