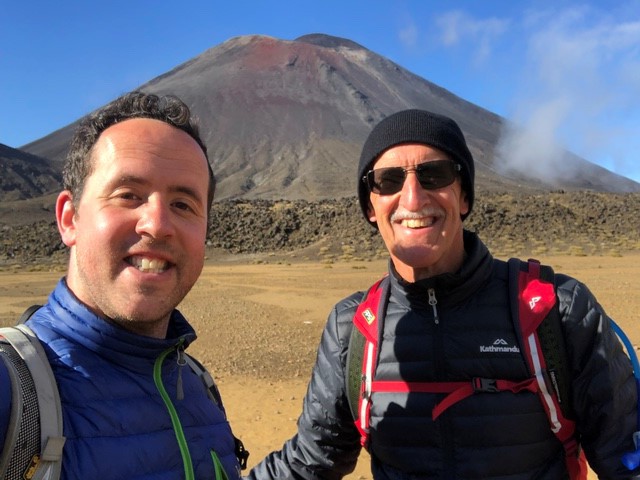 Argyle to Base Camp

NEXT weekend, while the Greens do battle with Scunthorpe United at Home Park, an Argyle-mad father and his son will be tackling a Pilgrimage of a different kind in honour of their late family member.

Simon Starr, 60, will scale the 5380 metre climb to Everest Base Camp, along with his son, Dean, to raise money for the cancer hospice that took care of his wife Alison, who sadly passed away after a long battle with breast cancer in May last year.

Simon, who moved with Alison to New Zealand from East Taphouse, near Liskeard, 13 years ago, has been training for a year in preparation to scale the world’s largest mountain, raising funds for the Nelson Tasman hospice.

While the Starr men have lived hemispheres apart since Simon and Alison’s emigration, they remain inextricably bonded by, among many other things, their love for the Greens.

“We were season ticket holders in the Grandstand,” said Dean. “When the seats were taken out [for the Mayflower redevelopment], I bought our seats and sent them to my dad; he now has them in New Zealand, and is in the process of getting them installed in his patio.”

Such is their passion for all things Argyle, Simon and Dean will don replica shirts donated by the club on one of the eight days of trekking to Base Camp. As Dean explains, the motivation behind the trip is not only to raise funds for such a worthy cause, but it is also a spiritual journey to honour a beloved mother and wife.

“The idea was to raise funds for the hospice, because they took such amazing care of my mum. But, also, it was about giving my dad something to focus on and put his energy into [after Alison’s passing]. It is going to be a challenge, particularly for my dad, but we are determined to raise as much money as we can.”

The Pilgrim pair have raised a staggering NZD $12,124 for the hospice so far, but Dean is hopeful that they can double that amount before the campaign is out. In the long-term, he hopes that his own professional successes can contribute to plugging the hospice’s operating gap, which stands at $1m per year – an incredibly generous gesture to honour his mum.

Until then, though, the hospice, which opened a state-of-the-art care facility in March, survives on community contributions and goodwill fundraising efforts.

“We are hoping that we can raise $25-30,000 this time around, and then we can look at what we can do next. The hospice requires a lot of fundraising activities to stay open. It is my hope, in maybe 20 or 30 years, that I will be in a position to plug that gap myself.”

“We are massive fans of Argyle, the club is a big part of our family,” said Dean, who has a tattoo of the Mayflower crest as evidence of his passion. “It feels only right that the club is with us on this climb.”

If you would like to support the Starrs’ climb to Everest Base Camp in honour of Alison, click here.